Google's introduction of a flatter, simpler Material Design philosophy will be integrated in a variety of tech giant's products including Android L, Android Wear, Chrome OS, and desktop applications. In the similar attempt, we have already seen Google+, docs, and sheets receiving some transformation. This is in essence to introduce beautiful, small transformation over the coming months and not change everything overnight which could definitely irk the users. Today, a new tease is making rounds which shows off a leaked version of Android L Google Play Store looking all perfectly artistic and beautiful with some amazing artwork thrown in in the background.

The leaked Android Google Play Store images definitely have managed to give an immersive look and feel to the OS refresh. Coming in to match the Material Design concept, Android L Google Play Store is beautifully placing the content at the front with a card layout while pushing the design elements at the back, still managing to keep the design enhanced and beautiful.

Succeeding the Android 4.4 KitKat, Android L 5.0, supposedly named as Android Lollipop, is the biggest change that Google is introducing since Halo. Announced at Google I/O this year, the company focused exclusively on the Material Design throughout the different product launches and upgrades. It was apparent, hence, that Google will deliver updates from time to time to gear start a shift towards a new design era.

Today's Android L Google Play Store shots convince the user of the beauty of Android L and the power that content is getting. While these images are definitely not final but pre-release shots often give us a clearer picture of what to expect. This collection of images consists of upgraded Google apps which, although haven't changed drastically, show a drive towards new design. 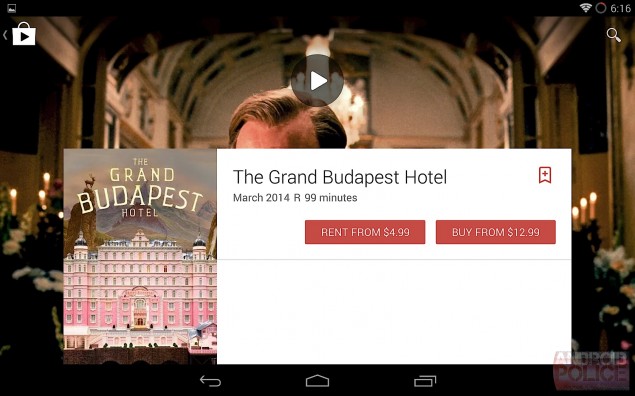 Here is a sneak preview of what is Android going to be in just a few months' time. The beautiful shots, while not final, show a refreshed Android L Google Play Store which looks much more appealing that the current Store looks with vibrant visual and a card layout keeping the content that a user needs at the very front. Android L Google Play Store leaked images show how the OS would look on the tablet like Nexus 7 and the smartphones too. As aforementioned, the most visible change is definitely an increased focus on the immediately needed content which definitely gives a layered and immersive feel. 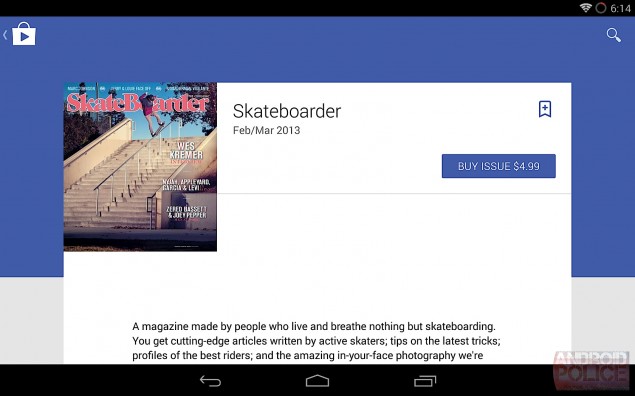 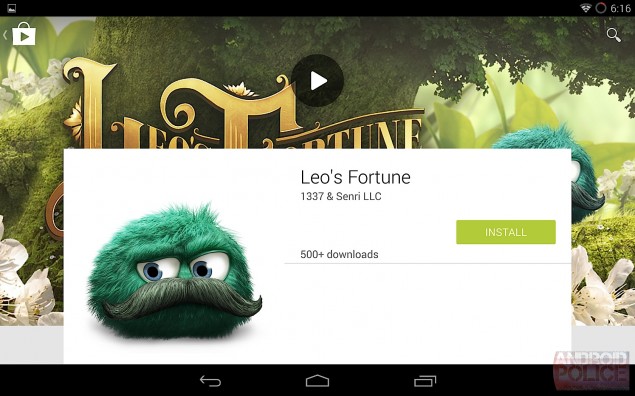 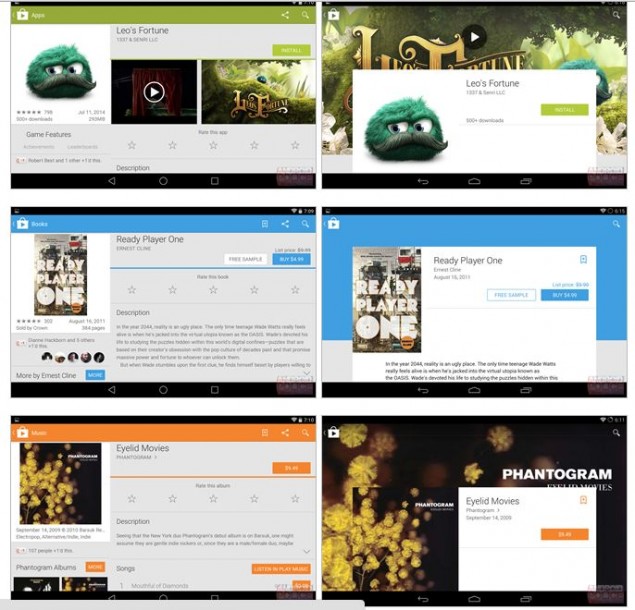 Google's Android L is expected to release this fall. There is no way to confirm or predict if the current leaked Android L Google Play store shots will be final, it is highly unlikely though. It is expected that the tech giant will keep sending incremental updates to its apps and products to groom them up to the 100% level of Material Design.