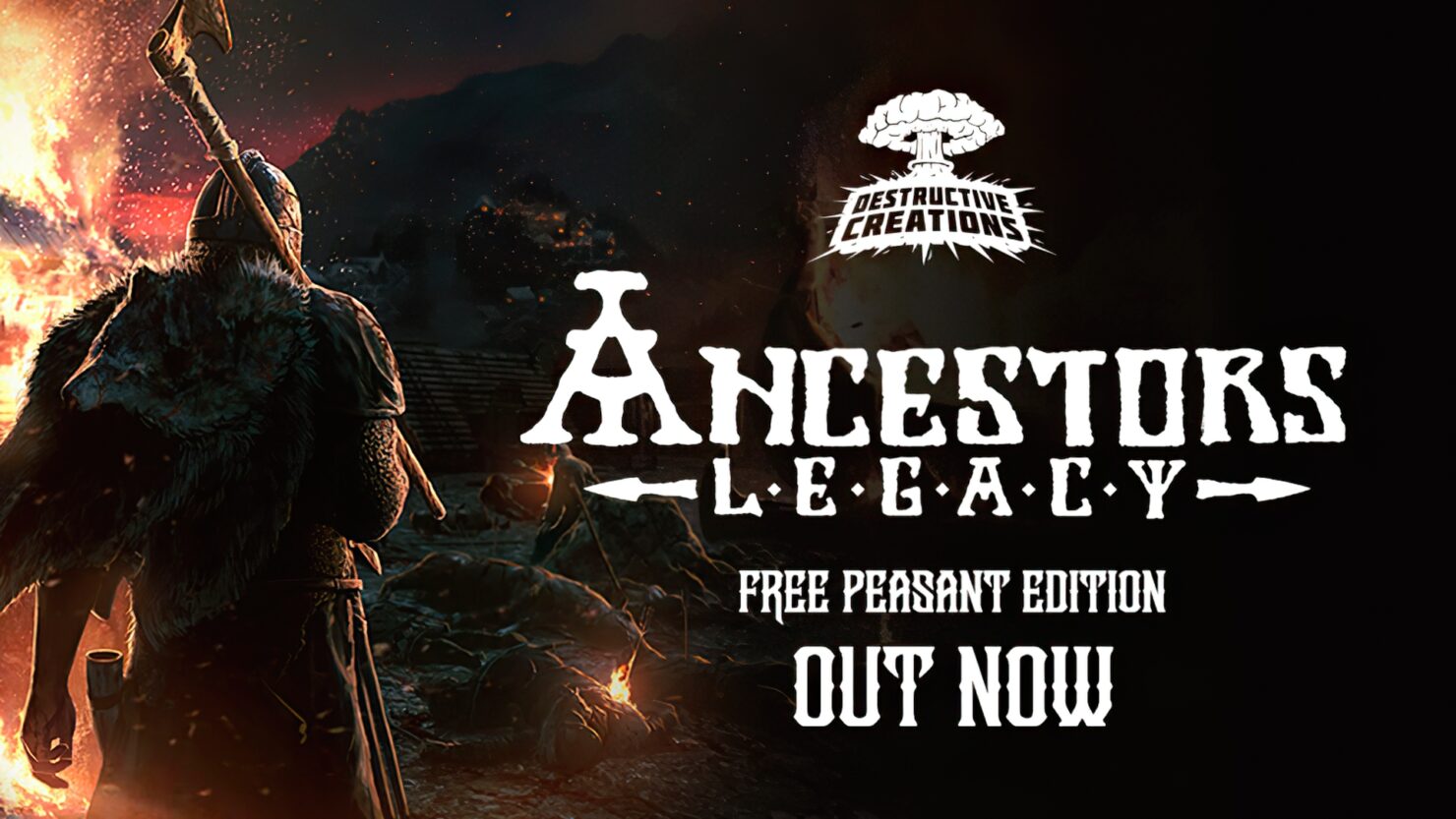 Destructive Creations announced the release of Ancestors Legacy Free Peasant Edition on PC (Steam). This version of the real-time strategy game is essentially an extended trial that gives players the full breadth of multiplayer content while delivering a sliver of the single player available in the full game.

Competitive players may also join The Ancestors Legacy League, starting by the end of the month on Steam for everyone who owns the Free Peasant Edition. Compete for the title of best Ancestors Legacy player and win prizes like wireless headphones, game keys, and other merch from DC and their official Partners.

We reviewed Ancestors Legacy in late 2019. Chris rated it 7.5/10; as a reminder, the game is also available on PlayStation 4, Xbox One, and Nintendo Switch. It'll be even released on mobile devices (both iOS and Android) soon thanks to GameClub.io.

Ancestors Legacy is a genuinely good console strategy title, with Destructive Creations having ported the game over well with improvements to UI and controls to make it as playable as possible on a gamepad. As for the game itself, while simplistic compared to other strategy titles, it offers a great jumping-in point for those new to the genre. Even those familiar will find something enjoyable within, with a well-balanced (albeit small) roster of factions supports a strong multiplayer, even a decent, albeit repetitive campaign.

All in all, I can honestly say that Ancestors Legacy is a decent strategy game in its own right, certainly more suitable for those who are just wanting to take shallow steps into the genre. More than that, it's also one of the very few decent strategy games on consoles.

The Sims 4 is Completely Free for a Limited Time Only