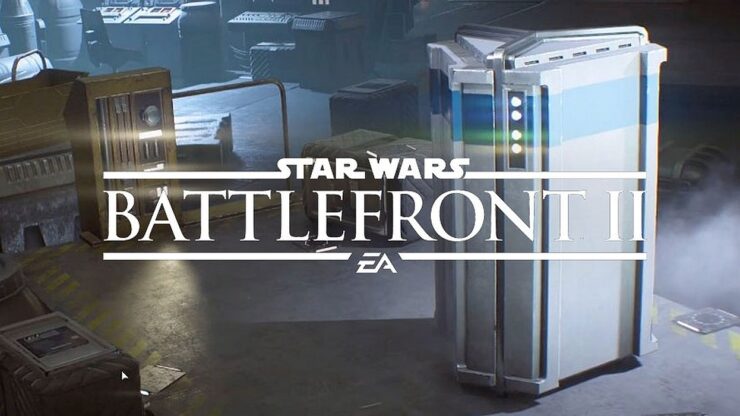 Star Wars VIII: The Last Jedi recently came out and Battlefront II received new appropriately themed content for it, but it looks like that wasn't enough to turn the tide for the game.

Doug Creutz, Managing Director of Technology, Media and Telecom-Media at Cowen, sent out a note to clients yesterday to announce that the firm would be lowering its sales forecast for EA's Star Wars Battlefront II from 14 million to 11 million units. He then added that the loot box controversy clearly impacted sales, while noting that core gamers are increasingly unhappy with developers and publishers embedding microtransactions into their titles' gameplay. He concluded by saying that Need for Speed Payback, which also briefly came under scrutiny for its own loot box system, is likely to underperform, too.

We are lowering our FY18 estimates to below management's guidance as we believe that Star Wars Battlefront 2's performance (lower units + the indefinite delay of microtransactions) has been disappointing enough to more than offset any strength elsewhere in the model.

The negative player reaction to the mishandled loot box economy has clearly impacted SWBFII sales. We think this is evidence that the industry's core gamer constituency is getting increasingly unhappy about the degree to which microtransactions are being shoehorned into core gameplay loops.

Even factoring in the shift to digital units, it seems pretty likely that initial total sales will wind up being 20%-30% behind the pace of the original Battlefront, with bigger-than-normal price cuts also likely needed to move inventory. We think that the poorly reviewed Need for Speed Payback is probably underperforming as well.

In Wccftech's review of Star Wars Battlefront II, Christian noted that there's a solid and fun game hidden beneath the layer of Pay-to-Win mechanics and wondered if the game could nonetheless survive.

In related news, State of Hawaii representative Chris Lee has been continuing to champion the cause against predatory practices in the gaming industry. He posted a new video update which featured colleagues from other states voicing the same concerns.

It seems that between legislators and the customers' own feedback, predatory microtransactions such as loot box/crate systems could be limited in future games. Here's hoping, anyway.