AMD's recently released Ryzen 4000 'Renoir' APUs have been benchmarked and the latest figures show that they easily exceed the performance of the original PS4 and Xbox One not only within the graphics department but also overall when combining the total horsepower of the CPU & the GPU.

AMD Ryzen 4000 Renoir APUs Are Faster Than The Original PS4 & Xbox One Consoles, Up To 3 TFLOPs of Horsepower

We are once again approaching the era of next-gen consoles but it looks like desktop PC users can now enjoy better performance than both last-gen consoles on one complete SOC. The original Sony PS4 and Microsoft Xbox One consoles launched all the way back in 2013 & were powered by similar chip architectures from AMD but in significantly different configs. Back then, PS4 offered better specifications at a lower price point while Xbox One launched at a higher price but with lackluster specifications. 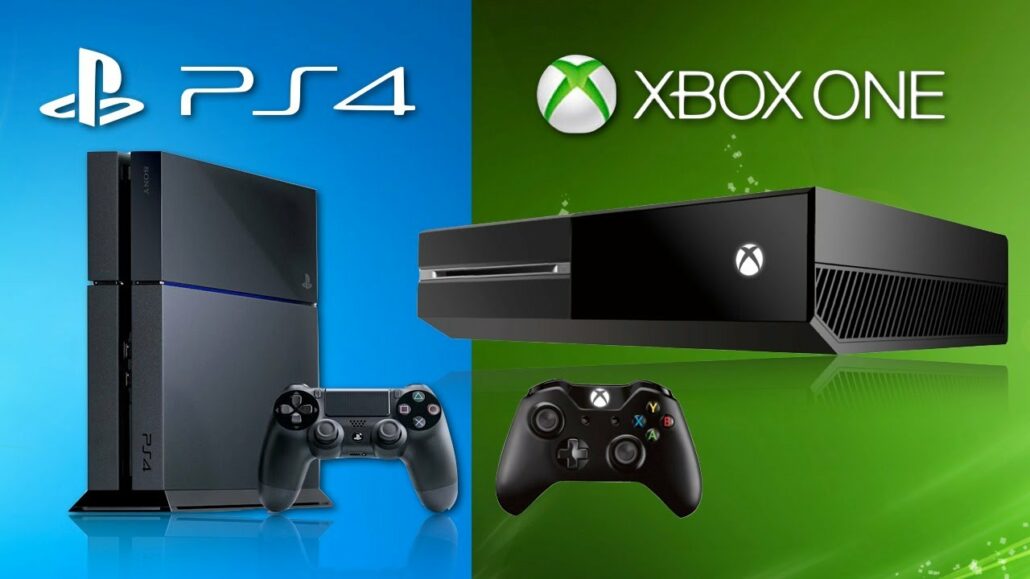 Both PS4 and Xbox One feature an 8 core AMD Jaguar CPU clocked at 1.6 GHz (updated to 1.75 GHz in later Xbox versions). The CPU itself delivered around 0.1 TFLOPs of performance. The GPU which was responsible for the bulk of the console's horsepower came in vastly different configurations.

On the PS4, Sony featured an AMD GCN based GPU with 1152 cores which delivered a theoretical compute output of 1.84 TFLOPs. The Xbox One was outfitted with an AMD GCN GPU with 768 cores for a theoretical compute output of 1.3 TFLOPs. A slight uplift in performance was offered with the Xbox One S which featured a more efficient design that offered higher GPU clocks or 1.4 TFLOPs of GPU horsepower.

Almost 7 years later, AMD has now released an APU that delivers higher performance than both the original PS4 and Xbox One. While the last-gen consoles feature vastly older tech and based on 28nm process nodes, the AMD Ryzen 4000 Renoir APUs are designed on the brand new TSMC 7nm process node and feature two key technologies, the Zen 2 CPU and Enhanced Vega GPU. Despite the same number of CPU cores and even lower GPU cores, the Renoir APUs offer vastly superior performance.

Looking at the AIDA64 GPGPU benchmark data posted over at AMD's subreddit, the Ryzen 7 PRO 4750G features 1.1 TFLOPs of CPU and 2.15 TFLOPs of GPU horsepower. The GPU alone is enough to tear apart both last generation consoles. Even adding up the 100 or so GFLOPs that the Jaguar CPUs have to offer, the PS4 at best would yield 1.95 TFLOPs of compute output which the 7nm GPU easily surpasses despite featuring less than half the cores. Adding the 1.1 TFLOPs of the CPU, the Renoir SOC offers about 3.25 TFLOPs of horsepower. 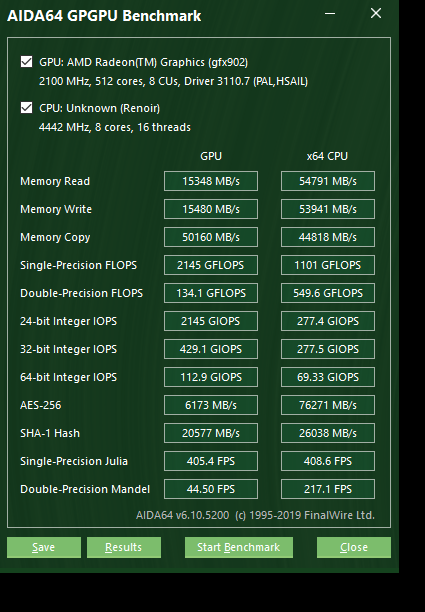 The AIDA64 GPGPU benchmark of the AMD Ryzen 4000 Renoir APU shows how its GPU and CPU are vastly superior to the original PS4 and Xbox One consoles. (Image Credits: u/BadReligion).

Both the Xbox One S and PS4 Slim still currently cost around $400 US while the AMD Renoir Ryzen 4000 APU is expected to hit a retail price of $299 US for the highest-end part. Sure you will have to pay for the rest of the system components such as the motherboard, ram, PSU, and storage but if you look at it, a $500 US build can offer very decent gaming performance. Even the AMD Ryzen PRO 4650G will offer superior performance to a PS4 with 2.5 TFLOPs of compute horsepower at a price of $209 US while the Ryzen 3 PRO 4350G is an absolute unit for $149 US with a performance of 1.9 TFLOPs that's faster than the Xbox One S and almost on par with the PS4.

Summit it all up, we have the following figures:

We have also noticed how the 7nm Vega GPU on the Ryzen 7 PRO 4750G holds vast overclocking potential, reaching up to 2.4 GHz clock speeds. This would represent almost 2.5 TFLOPs of compute horsepower for the GPU alone which is seriously impressive for a 65W SOC design. Some gaming tests carried out by Tech Epiphany show decent performance at 1080p in titles such as Assassins Creed Odyssey, GTA V, and Death Stranding:

The AMD Ryzen 4000 Renoir APUs are small chips with huge performance capabilities. With the current generation of APUs already surpassing the previous generation consoles, we can believe that the next-generation with the updated RDNA graphics engine will be coming close to the PRO variants of both consoles (PS4 Pro & Xbox One X) in terms of performance. That's a topic for when we get to see the new APUs but for users who want to get an entry-level budget gaming PC, then the Ryzen 4000 APUs are definitely a great option and we can expect a retail launch happening in the coming months.