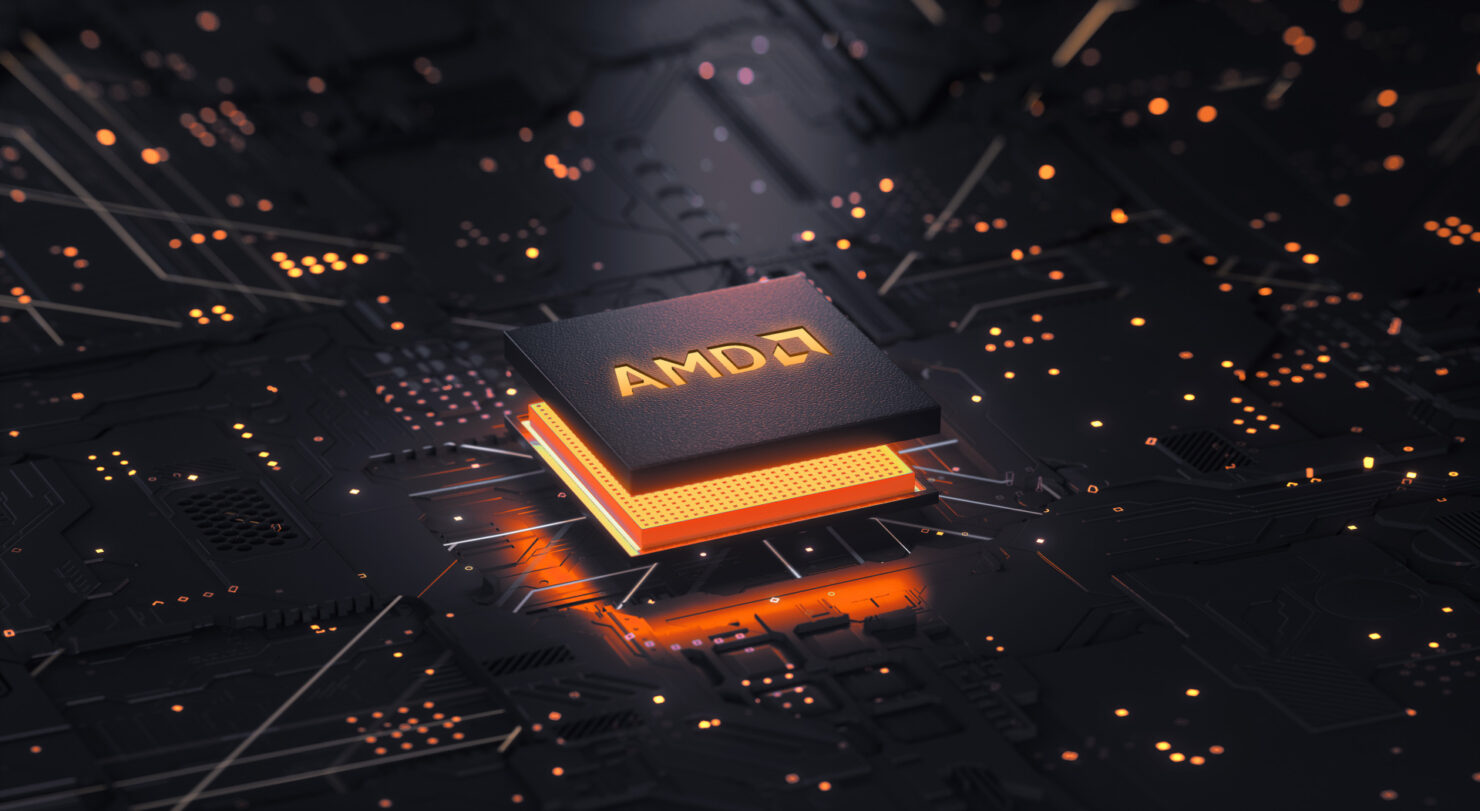 After nearly three months since the launch of the Ryzen 4000 family on the mobility platform, AMD is bringing its Renoir Ryzen 4000 lineup to the desktop AM4 platform. Featuring the 7nm Zen 2 CPU & enhanced Vega GPU architectures, the Ryzen 4000 Renoir Desktop APU family delivers a greater leap over the past-generation of APUs, offering better performance in both compute and graphics workloads to every-day consumers.

The AMD Ryzen 4000 Renoir APU family for the desktop platform delivers the same disruption to the APU segment as the mobility platform. AMD is not only updating its CPU and GPU engines but also delivering a massive uplift in core counts and raw IPC. With the Ryzen 4000 Renoir family, AMD is fusing its 7nm Zen 2 cores alongside the 7nm Vega graphics cores. The 7nm Zen 2 cores are not only better in terms of IPC but also perform better in terms of performance per watt. In addition to the architecture, the Renoir family also doubles the core count of the last generation offerings with the addition of 6 core and 8 core options. 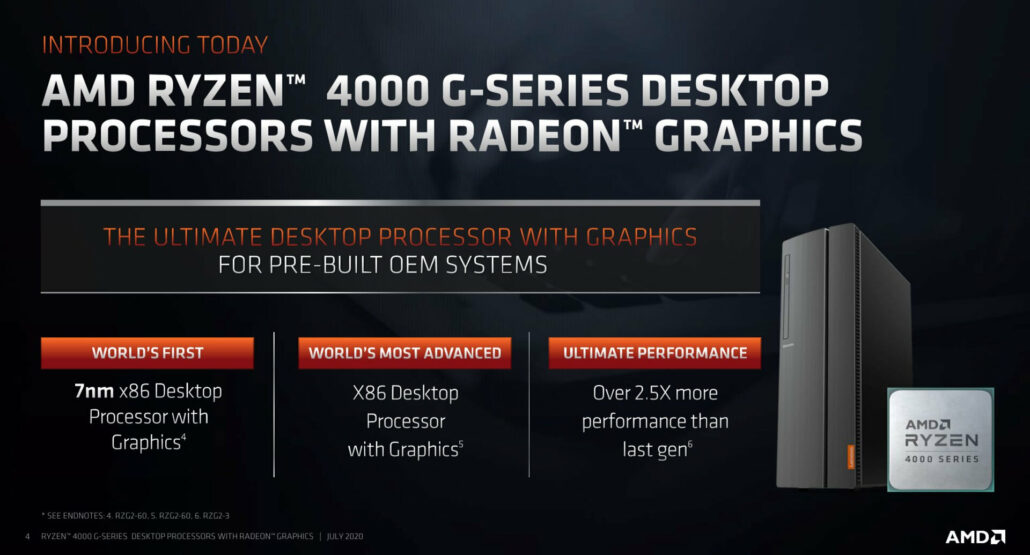 On the graphics side, AMD has entrusted the Ryzen 4000 Renoir APU family with its Vega graphics architecture. But this isn't just any Vega, the new graphics core features an updated 7nm process node and much higher per core performance. According to Robert Hallock from AMD, each Vega CU on th Ryzen 4000 APU provides 59% higher performance and clock speeds are boosted too.

Another big change for the Ryzen 4000 Renoir APUs would be their package design. Unlike the 3rd Gen Ryzen CPUs (Matisse) which feature a chiplet design, the Ryzen 4000 Renoir APUs will utilize a monolithic design. The monolithic design will deliver slightly better efficiency than chiplet offerings and also offer a marked improvement in latency & bandwidth numbers. At the same time, the L3 cache on the chips falls down significantly compared to the chiplet offerings.

The AMD Ryzen 7 4700G / Ryzen 7 PRO 4750G is based on the 7nm Zen 2 core architecture and is the flagship APU of the lineup. It features 8 cores, 16 threads, 4 MB of L2 and 8 MB of L3 cache for a total of 12 MB cache. This is definitely lower than the 32 MB of L3 cache which the 8 core Ryzen 7 3800X features but this is due to the monolithic nature of the chip which relies on a single package rather than the chiplet based design on the Ryzen 3000 'Matisse' series desktop processors. 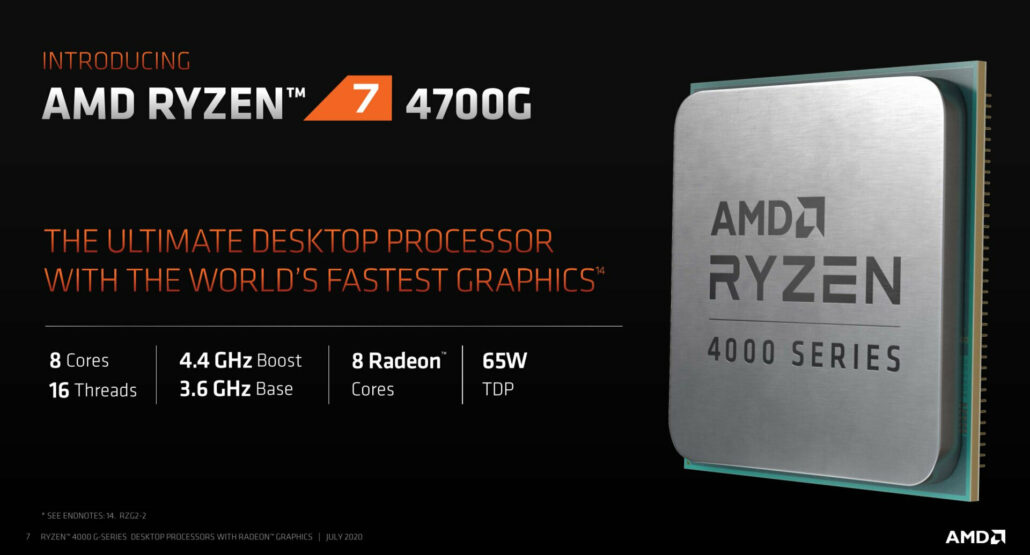 The CPU features a base clock of 3.60 GHz and a boost clock of 4.45 GHz which matches the earlier specifications leak. The CPU operates with a 65W TDP and is compatible with the AM4 socket. The graphics side features the enhanced 7nm Vega GPU which comes with 8 CUs to form 512 cores. Its clocked at 2100 MHz on the GPU side which makes it one of the fastest clocked integrated graphics chip. The AMD Ryzen 7 4700G is expected to cost around $300 US. 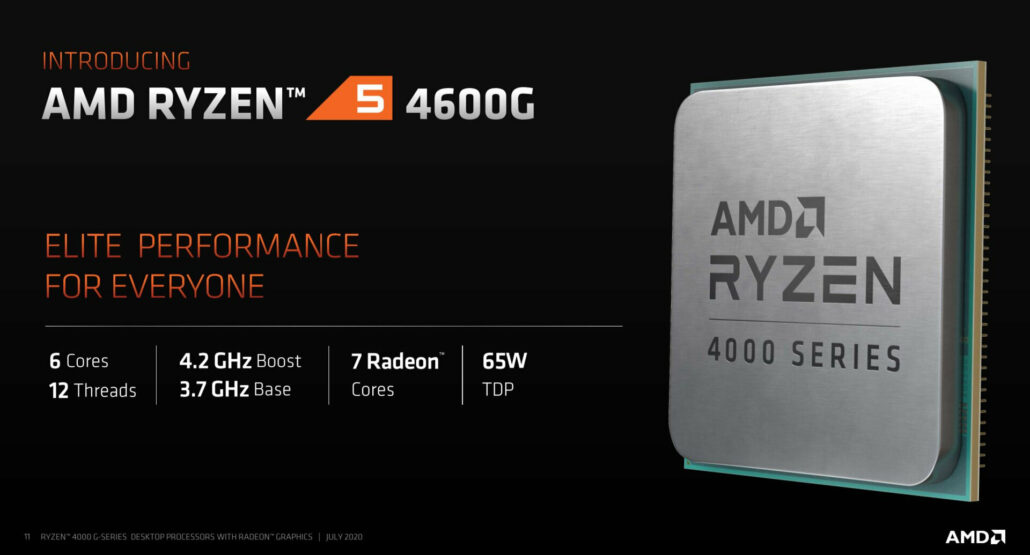 As for availability and retail plans, the AMD Ryzen 4000 Renoir Desktop APU family as we detailed before is going to stick to the OEM segment. Several vendors will be unveiling their AMD 3rd Gen Ryzen 4000 APU powered systems today utilizing the PRO and standard SKUs. However, AMD has not stated an official retail launch for the processors as of yet.

We have been told that a few 3rd party retailers might have Ryzen 4000 desktop APUs listed but those won't be backed up by any warranties and also don't expect prices anywhere close to the MSRPs for those chips. Expect the first systems based on the AMD Ryzen 4000 Renoir desktop APUs this fall.