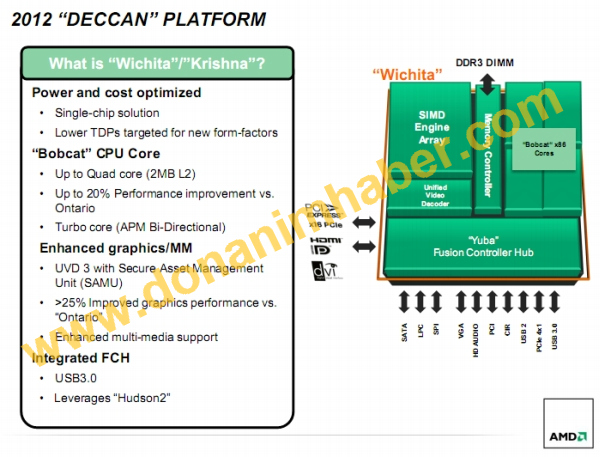 Leaked Charts over at Donanimhaber.com have detailed AMD's 2012 Deccan Platform. The new platform will include 28nm APU's based on the Wichita/Krishna (Bobcat x86 Core) Providing an Performance Increase of 20% over the current 40nm Brazos based Ontario and Zacate Cores.

The new APU's would feature a much improved and efficient Power Management Architecture which would improve the Performance per Watt ratio compared to the current Ontaro and Fusion Llano chips. Also featuring a Quad Core Design with 2MB L2 Cache and DDR3 Memory Support with 1600Mhz Frequencies, DDR3-L (Low Power) would also be compatible.

Improved Turbo Core Support and Power Gating CC6 features will also be implemented inside the 28nm chips. The extra memory Bandwidth of the IGP chips would result in a 15% increase in DX11 performance along with providing a better HD experience and longer 3D Blu-Ray playback times with the UVD3 hardware decoding engine.

While consuming same amount of power as Brazos Platform, Deccan will provide a 30% Compute Performance increase providing more processing power, advanced multimedia capabilities, faster technology and media content playback. The clock speeds of these chips will adjust according to the user needs.

Like the current APU's, The newer chips can allow support for Multiple GPU's where a discrete Graphics card could be paired up with the Integrated Graphics Processor of the APU. The Quad Core models would feature a max TDP of 20W while the Dual Cores would feature 8W TDP. The Quad Cores will feature a max TDP of 3.5W during Blu Ray Playback providing a max of 11Hours of battery time. 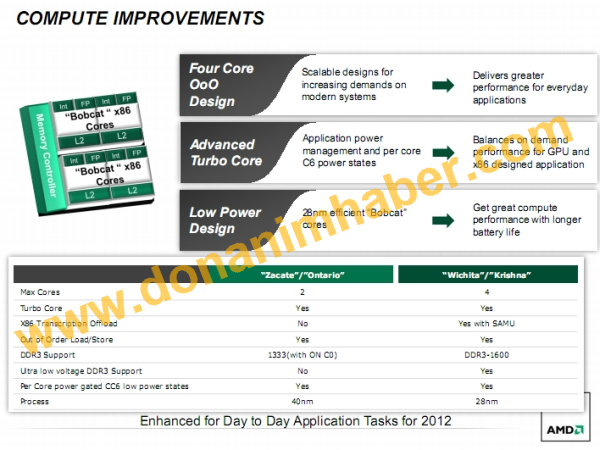 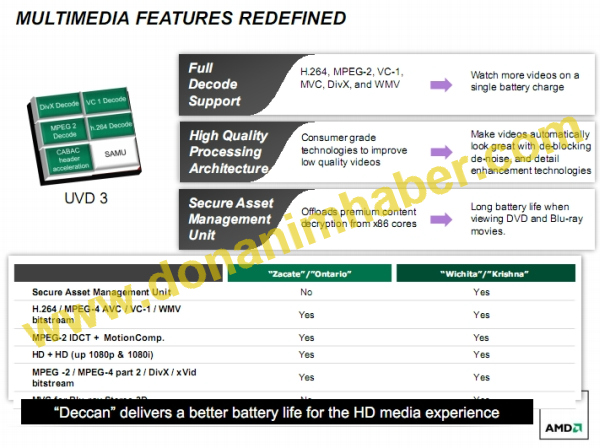 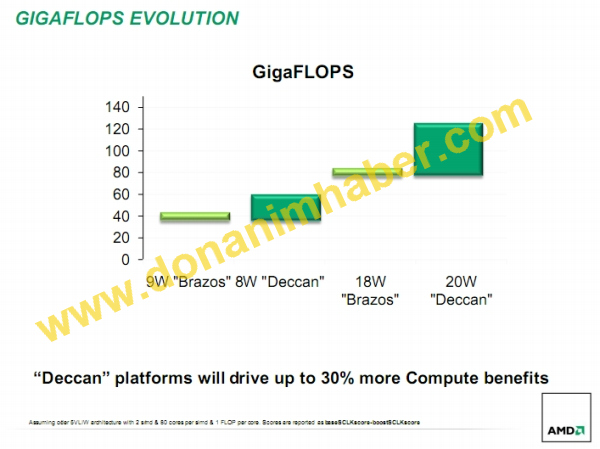 First AMD Trinity A-Series APU’s to Arrive in May, Desktop Models slated for launch in August 2012