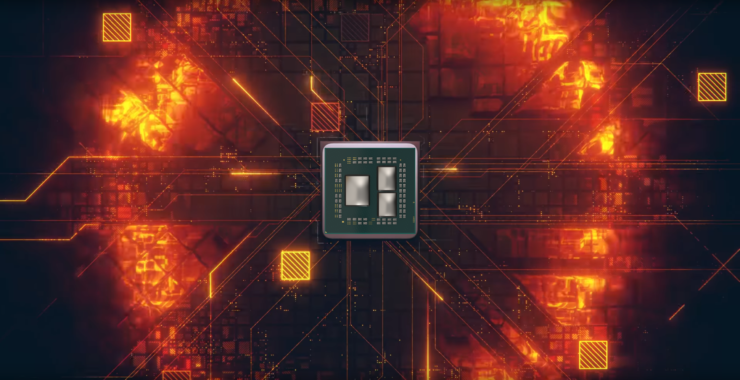 We're mere 5 days away from the announcement of AMD's highly anticipated next generation Zen 2 based Ryzen 3000 series CPUs which are set to make their debut next Monday on the 27th of May. In the meantime however, we've got a whopper of a leak for you to keep you entertained.

Two of AMD's upcoming flagship Ryzen 3000 CPUs have been leaked. And if this leak holds any water, and with this source we certainly expect it to, then these chips are going to be absolute beasts.

This leak comes courtesy of one of AdoredTV's sources, the same one that had previously leaked AMD's upcoming X570 chipset diagram. The leaked information is also highly consistent with some very peculiar Ryzen 3000 series CPU entries that have in fact been spotted online.  Now, with all of that being said we would still highly recommend that you take the upcoming information with a grain of salt, until these products are released and we actually get to test them in our lab everything remains pretty much up in the air.

With that out of the way, let's get into the juicy bits. The chips in question are a 16 core monstrosity that has been benchmarked in Cinebench R15 running at 4.2 GHz and a 12 core speed demon with a 5.0GHz boost clock that the company has been showing around to motherboard makers.

Let's start with the 16 core part. Based on what's being purported, this chip actually has a base clock speed of 3.2 GHz and only boosts to 4.3 GHz. This however, did not stop someone somewhere from overclocking it to 4.2 GHz on all cores and running a Cinebench R15 benchmark on it with quite an astonishing result.

These results indicate that Zen 2 brings above 10% improvement in IPC in addition to higher clock speeds thanks to the 7nm process. Combine that with a doubling of cores, AMD's Ryzen 3000 series could easily deliver double the multi-core performance of their predecessors up and down the stack.

Now, moving on to the purported speed demon of the Ryzen 3000 series. This is a 12 core part with a yet unknown base clock speed but one that allegedly boosts to 5.0 GHz right out of the box. This chip was allegedly being showed around over the past little while to motherboard makers. In fact, just two weeks ago we had reported that such a chip exists and that motherboard makers were taking a look at it, but we had no idea how high it boosted, we just knew that it had a "really high" clock speed.

If the 16 core chip's overclocking results are anything to go by then we may be able to see these 12 core Ryzens overclock to 4.2 GHz+ on all cores. There's very little doubt that these 12 cores will be extremely popular among enthusiasts, due to their exceedingly high clocks and core counts. We could be looking at the new jack of all trades chip, with decent gaming performance and incredible multi-core brute force.