We are fast approaching the imminent release of AMD's next generation family of 7nm Ryzen 3000 series CPUs, which are set to deliver a massive performance improvement over their predecessors. The new family is expected to include a plethora of new processors, from entry level 6 core chips -- yes! entry level 6 cores -- all the way to 16 core behemoths.

In fact AMD's CEO had already demo'd an 8 core Ryzen 3000 series 7nm processor back at CES earlier in the year. And the chip put on quite a surprise upset, outperforming Intel's i9 9900K in Cinebench at stock clocks whilst consuming significantly fewer watts.

Word around the techsphere is that AMD is actually showcasing two high-end Ryzen 3000 series processors to OEMs right now. A top of the line 16 core chip and a highly clocked 12 core chip.

I can't leak the details but AMD have been showing at least two CPUs around the mobo makers. The 16C Apisak found is very likely to be one of the chips they were showing.

The other one was 12 cores and really high clock speeds. 😉 I don't know if they benched it online though.

Jim has been consistently right on the money over the past with his leaks and sources. Which lends us to believe that this is a legitimate leak. The talk about the 16 and 12 cores is also highly consistent with what we have been seeing from leaks and rumors over the past several months, in addition to what we've been hearing from various sources. 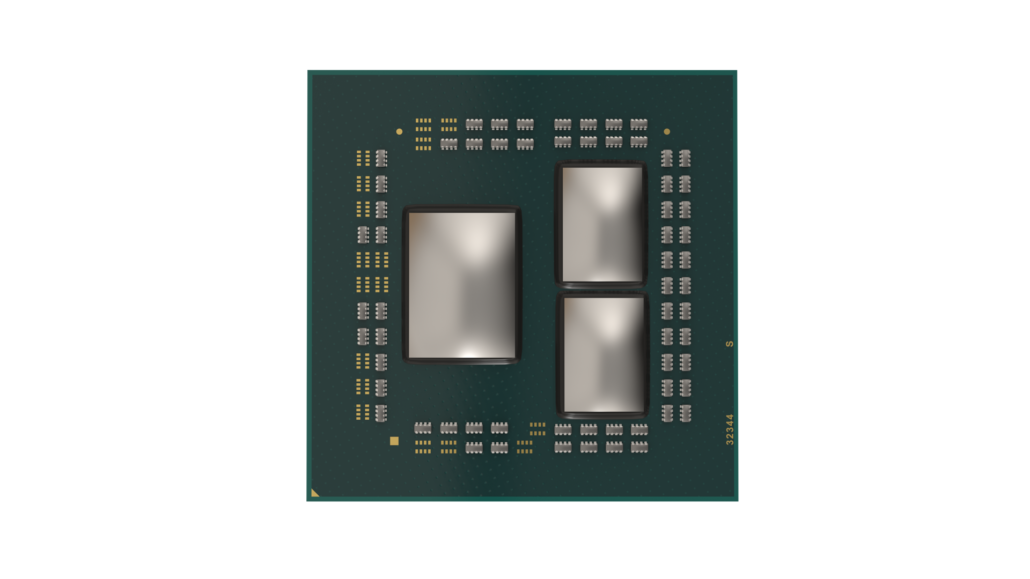 From what we've been hearing the company is positioning the 16 core as the fastest multi-threading processor you will be able to buy on any mainstream desktop platform when it launches in the summer. Whilst the 12 core chip, with its significantly higher clock speeds, will be the go-to all rounder semi-flagship. Delivering better gaming performance than the 16 core thanks to the higher clocks while still packing a punch when it comes to productivity thanks to its 12 cores.

Based on everything we've heard and seen so far, AMD is expected to launch nearly a dozen Ryzen 3000 series processors over the next several months. With an official debut/launch set for Computex this June.
The new chips will cover pretty much the entire desktop market, starting from the budget friendly ~$100 segment all the way to the ultra high-end ~$500 enthusiast no-compromise end of the market.

In the entry-level segment AMD is said to be readying three new Ryzen 3 processors, with and without integrated graphics. All featuring 6 Zen 2 cores and 12 threads.

In the mid-range segment we also have three brand new chips. All Ryzen fives featuring 8 cores, with and without integrated graphics.

Towards the higher end of the spectrum we have two all new 12 core, 24 thread parts. These will combine both high clocks and high core counts and should be fantastic all-rounders. With over-kill productivity performance for the vast majority of users and decent gaming performance.

There's a bit of controversy surrounding the expected nomenclature for the 16 core chips, with some claiming they will be dubbed Ryzen 9, while others claim they will retain the same Ryzen 7 moniker as their 12 core siblings. These will be AMD's top of the line offerings, with the highest core count in the mainstream AM4 compatible Ryzen 3000 series.

Which Ryzen 3000 Series Processor Would You Most Likely Buy?