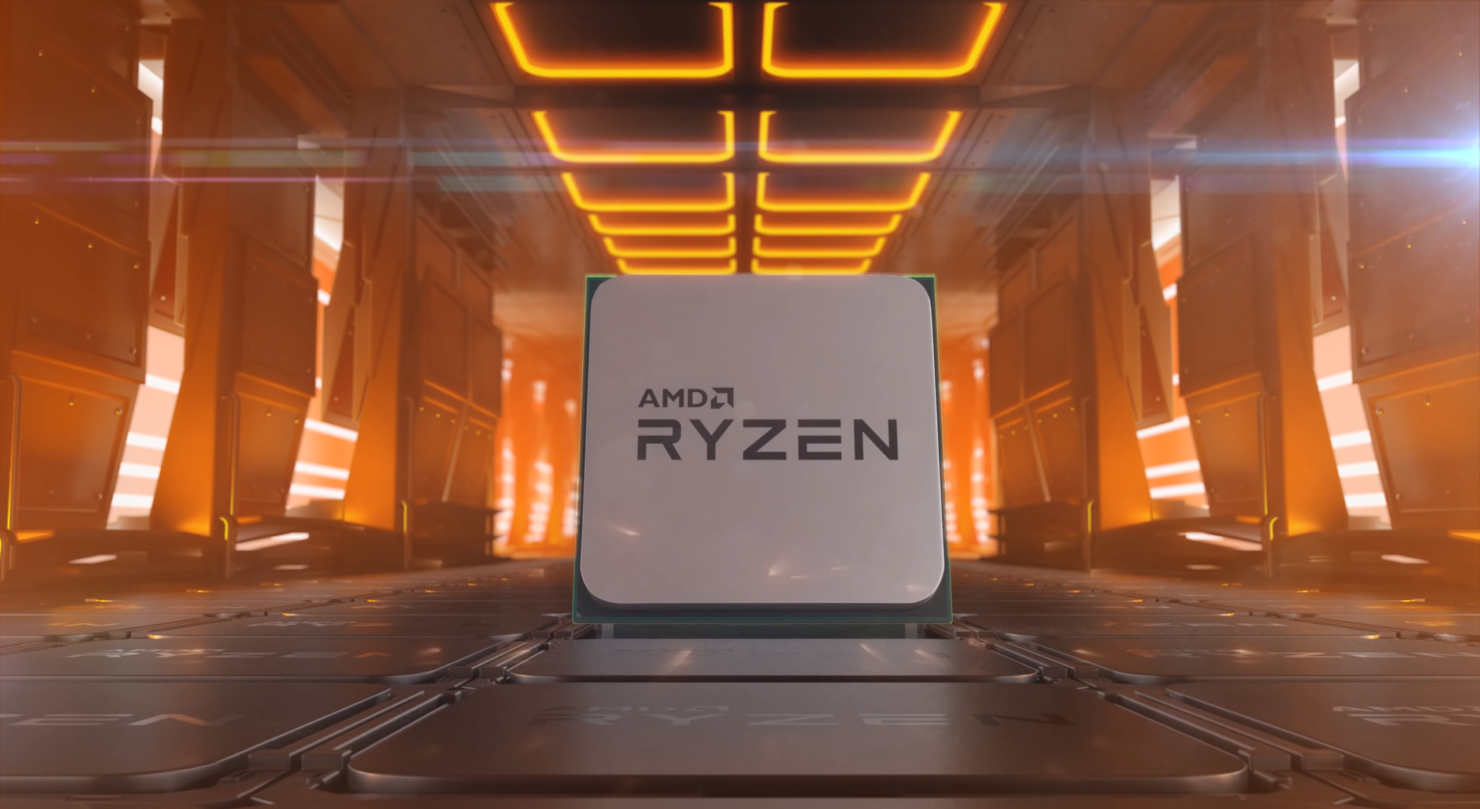 We're almost exactly a week away from the official launch of AMD's highly anticipated Ryzen 3000 series processors on July 7, and yet the leaks just keep pouring in from all over the techsphere. And this time around we've got another absolute whopper for ya. So let's dig in!

This leak comes via the official CPUBenchmark.net database, which lists the Ryzen 5 3600 clear as day leading every single other CPU on the market on the database's single-threaded performance leaderboard, including Intel's 5GHz i9 9900K speed demon. 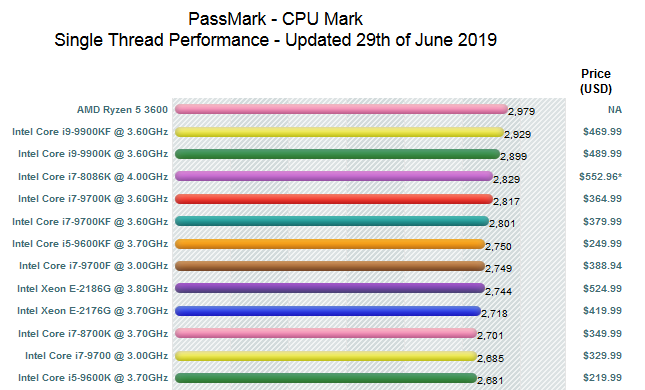 This is especially shocking because as of today the Ryzen 5 3600 is AMD's entry level Ryzen 3000 series processor priced at a modest $199, and it's giving Intel's $489 i9 9900K -- the highest clocked and fastest single-threaded performance Intel chip on the market -- a run for its money.

Moving on to multi-threaded performance, the six core Ryzen 5 3600 puts on a mightily impressive showing, handily outpacing Intel's 8 core, 8 thread i7 9700K and coming within a whisper's distance from Intel's 8 core, 16 thread i9 9900K. 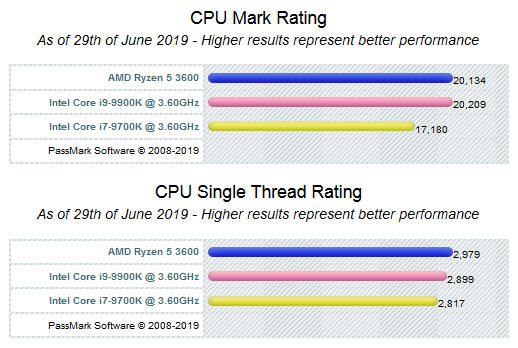 While these results are out of this world impressive, It's of paramount importance to point out that the leaked performance figures for the Ryzen 5 3600 are based on just three runs of the chip. And whilst CPUMark does not indicate that these were overclocked runs, we simply cannot rule it out.

Passmark has a separate "Overclocked CPU" performance leaderboard and it does not have the Ryzen 5 3600 listed, which tells us that these figures should be for a stock clocked Ryzen 5 3600. But again, we simply cannot know for certain until we have an actual Ryzen 5 3600 sample in our labs and run the CPUMark test on it at stock to verify these figures.

At any rate, either way you slice these results they come out as extraordinarily impressive. Even if we're talking about an oveclocked Ryzen 5 3600 the figures are still very impressive. Overclocked or not, I'd never thought the day will come when I report on an AMD CPU actually outperforming an Intel chip in single-threaded performance, let alone Intel's fastest single-threaded performing chip.

With that being said synthetics are just that, synthetic. What we're really looking forward to, and what most of you reading this I'm sure are excited to see, is how well these new Ryzen chips perform in games. Truly, 7/7 cannot come soon enough.