AMD has added a new product to their "Solar System" series of mobile graphic cards, the Radeon HD 8970M. Powered by the high performance GCN core architecture that delivers outstanding visuals to gamers.

The Radeon HD 8970M is codenamed "Neptune" which represents it being part of AMD's solar system series. AMD Radeon HD 8970M has similar specifications as the Radeon HD 7970M which include 1280 SPs enabled on the Pitcairn core clocked at 850 MHz while the GPU also brings new GPU boost technology which allows the core to run upto 900 MHz. The chip has a peak single precision compute performance of 2.304 TFlops and 144 GFlops of double precision computing power. It ships with 2-4 GB of GDDR5 memory clocked at 1200 MHz and running across a 256-bit bus interface.

It can be noted from the performance slides that the Radeon HD 8970M is much faster than the GeForce GTX 680M solution from NVIDIA. AMD didn't seem to put the chip against the faster GTX 680MX, not to mention the upcoming GeForce GTX 780M that starts shipping from next month, benchmarks can be seen here. MSI GX70 notebooks would be among the first to make use of the new Radeon HD 8970M graphics chip and can already been seen detailed here. The HD 8970M comes with AMD's Enduro technology built specifically for mobile GPUs so that they can conserve power when the system doesn't needs to load GPU intensive tasks. Compute is a main focus for AMD these days and we can already see them showcasing TressFX benchmark results in the slides. 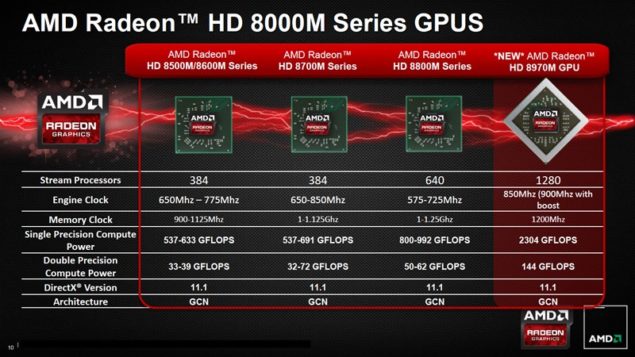 Here's what AMD has to say about their newly released and Worlds fastest mobile chip aka Radeon HD 8970M: 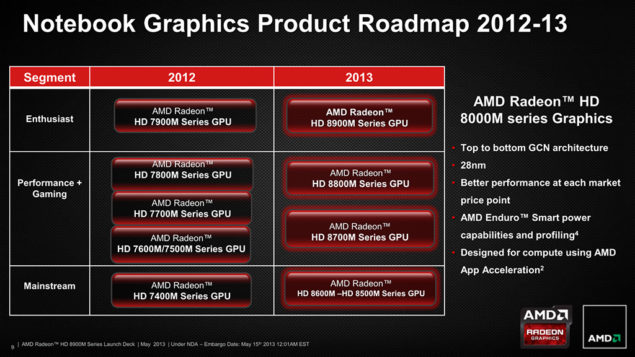 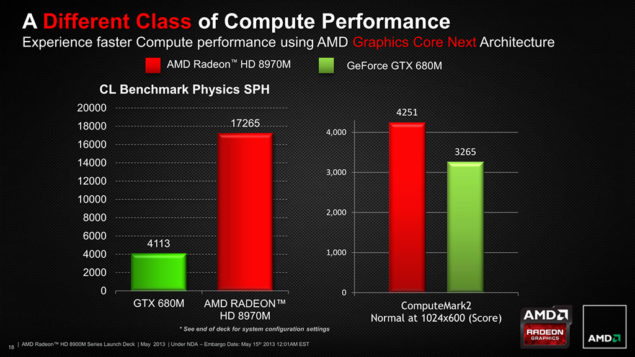 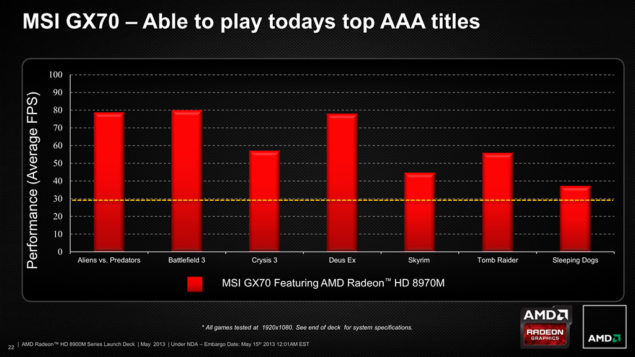 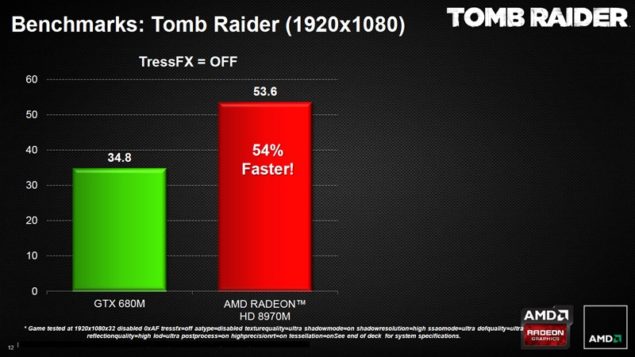 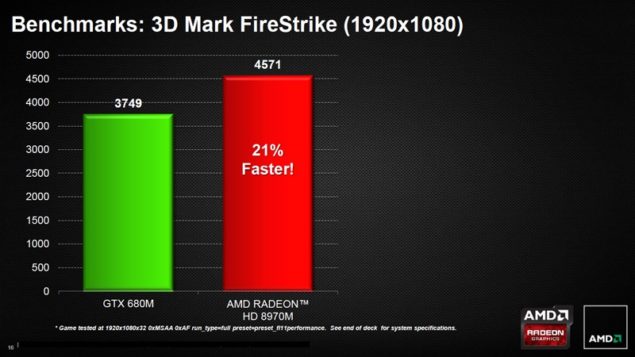 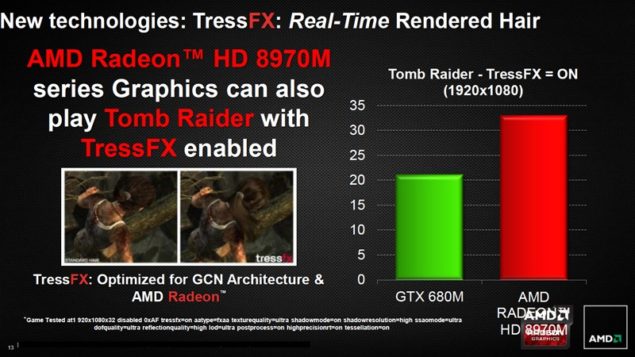 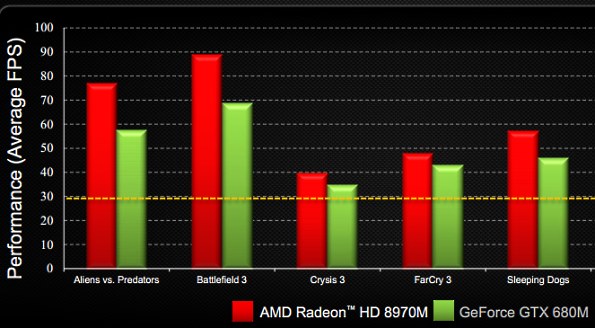