[UPDATE] The official FAQ deleted the answer mentioned in the original story below. As soon we learned this, we contacted 4A Games to get a clarification on the matter. Here's the statement we just received in its entirety:

4A Games has not evaluated the AMD FidelityFX Super Resolution feature for Metro Exodus at this time. In our FAQ, we were referring to the AMD FidelityFX open source image quality toolkit which targets traditional rendering techniques that our new RT only render does not use, and noting that we have our own Temporal Reconstruction tech implemented natively which provides great quality benefits for all hardware, so do not currently plan to utilize any other toolkits.

[ORIGINAL STORY] 4A Games is always motivated to innovate, evaluate, and use the newest technologies that will benefit our fans across all platforms and hardware.

Since its debut back in 2018, NVIDIA's Deep Learning Super Sampling (DLSS) image reconstruction technique made great strides in terms of quality, performance, and adoption. Owners of AMD graphics cards have been eagerly waiting for something that could offer similar benefits, and that something is AMD Super Resolution. Last month, Vice President & General Manager of the Graphics Business Unit Scott Herkelman confirmed that it would launch later this year, though AMD Super Resolution still needed quite a bit of work.

It’s progressing very well internally in our lab, but it’s our commitment to the gaming community that it needs to be open that it needs to work across all things and game developers need to adopt it. Even though it’s progressing well, we still have more work to do and not only internally but with our game developer partners. We want to launch it this year. We believe we can do that this year, but at the same time we a lot more work ahead of us. We need to make sure the image quality is there. We need to make sure it can scale from different resolutions. And at the same time that our game developers are happy with what we are producing.

You don’t need machine learning to do it, you can do this many different ways and we are evaluating many different ways. What matters the most to us is what game developers want to use because if at the end of the day it is just for us, we force people to do it, it is not a good outcome. We would rather say: gaming community, which one of these techniques would you rather see us implement so that this way it can be immediately spread across the industry and hopefully cross-platform.

However, it appears that Metro developer 4A Games is already aware of how AMD Super Resolution is going to work and they're not going to add it to Metro Exodus Enhanced Edition. Here's the relevant excerpt from their official FAQ:

We will not be adding specific support for this, as it is not compatible with our rendering techniques. However we have our own Temporal based reconstruction tech implemented that natively provides the same or better image quality benefits for all hardware.

Meanwhile, Metro Exodus Enhanced Edition will indeed support NVIDIA DLSS 2.1. In fact, Digital Foundry already looked into the improvements made over the original game's DLSS 1.0 and they're massive, as you can see in these snapshots below. 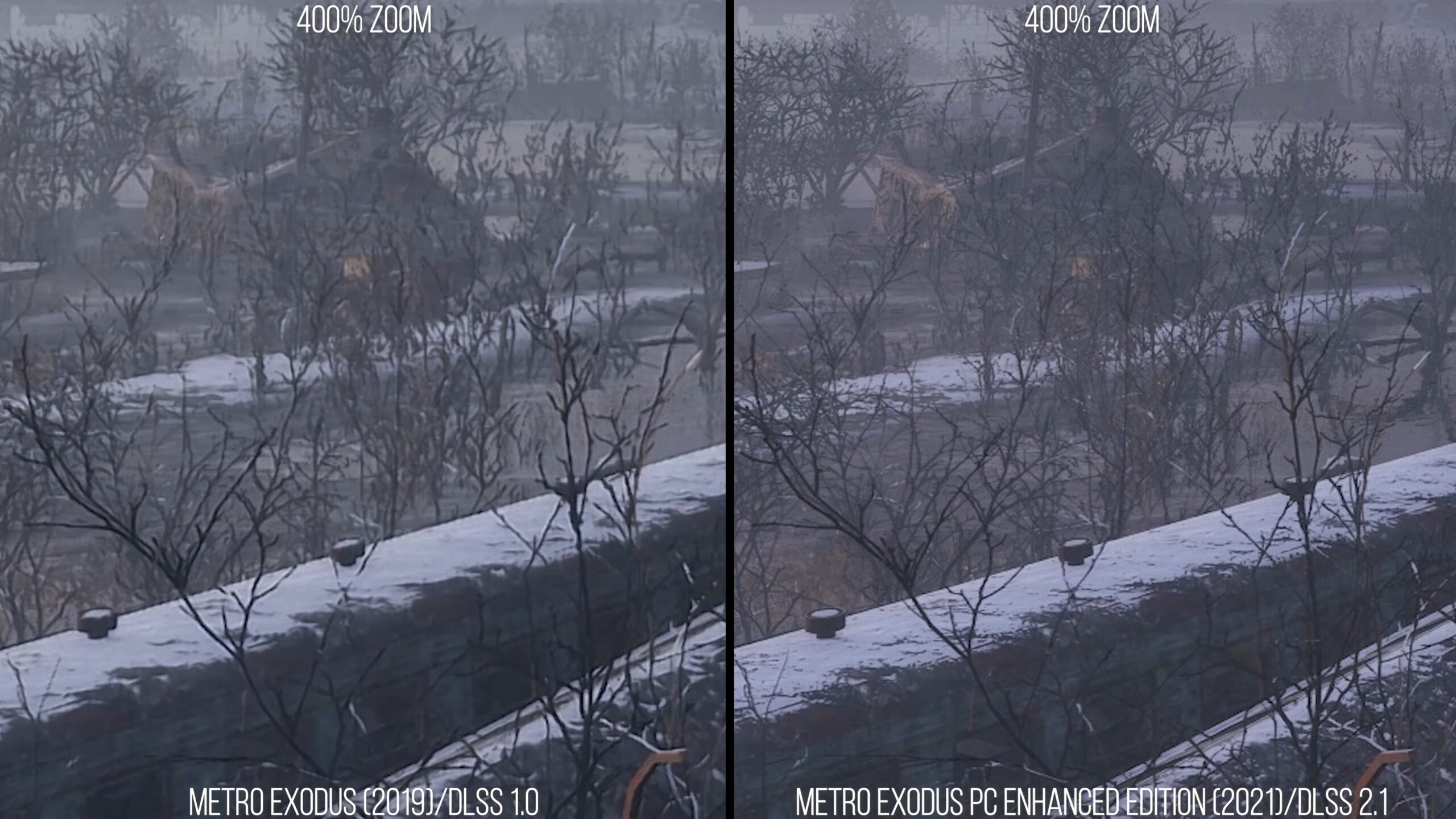 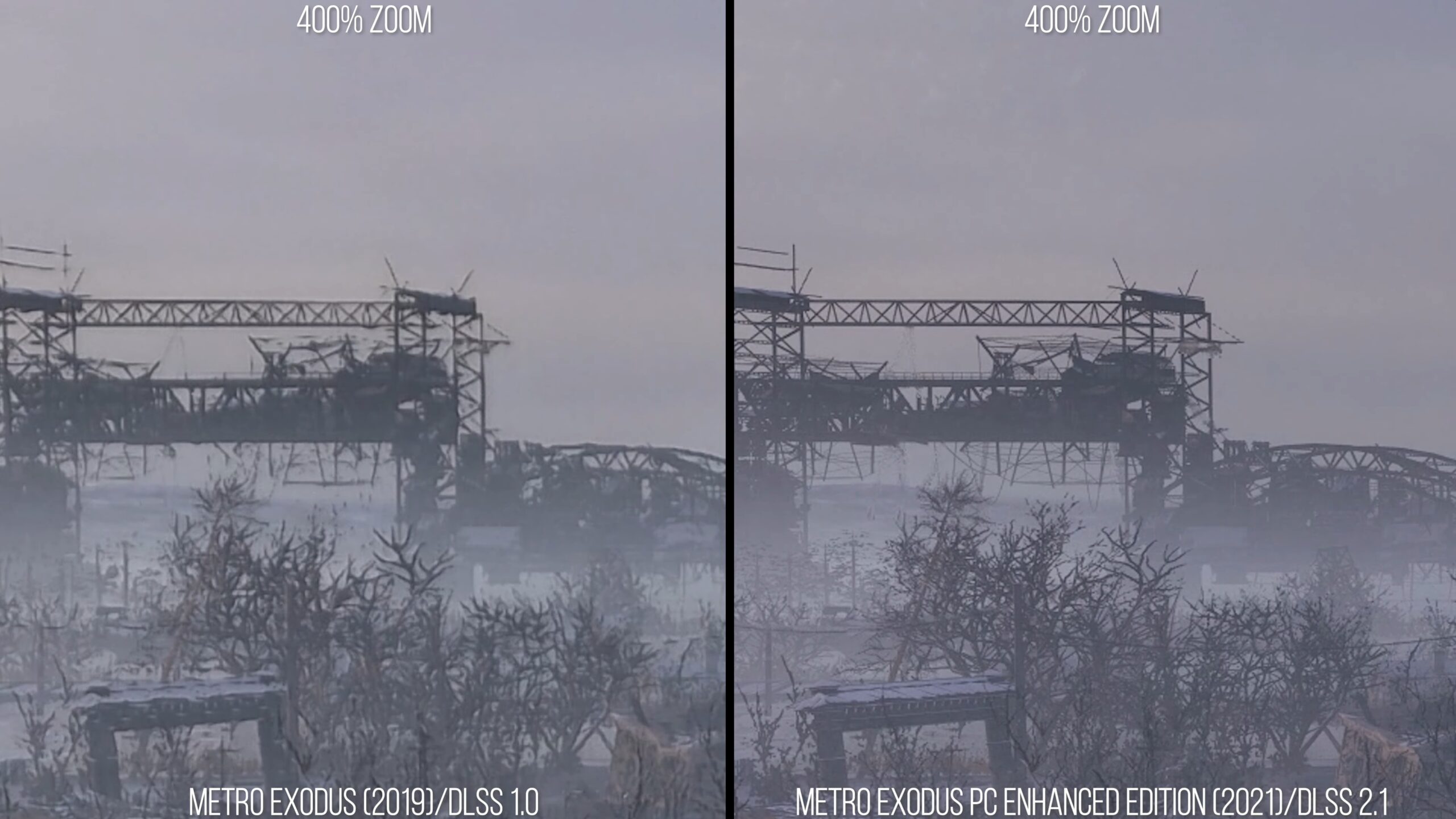 Metro Exodus Enhanced Edition will also support Variable Rate Shading, which AMD users will be able to activate, though it's certainly not in the same league of DLSS. The game will be released on May 6th as a free upgrade for owners of Metro Exodus on all PC stores (Steam, Epic Games Store, GOG, Microsoft Store), and it'll also be playable with ray tracing and DLSS through GeForce NOW.

The Enhanced Edition is coming to next-generation consoles, too, though at later date.