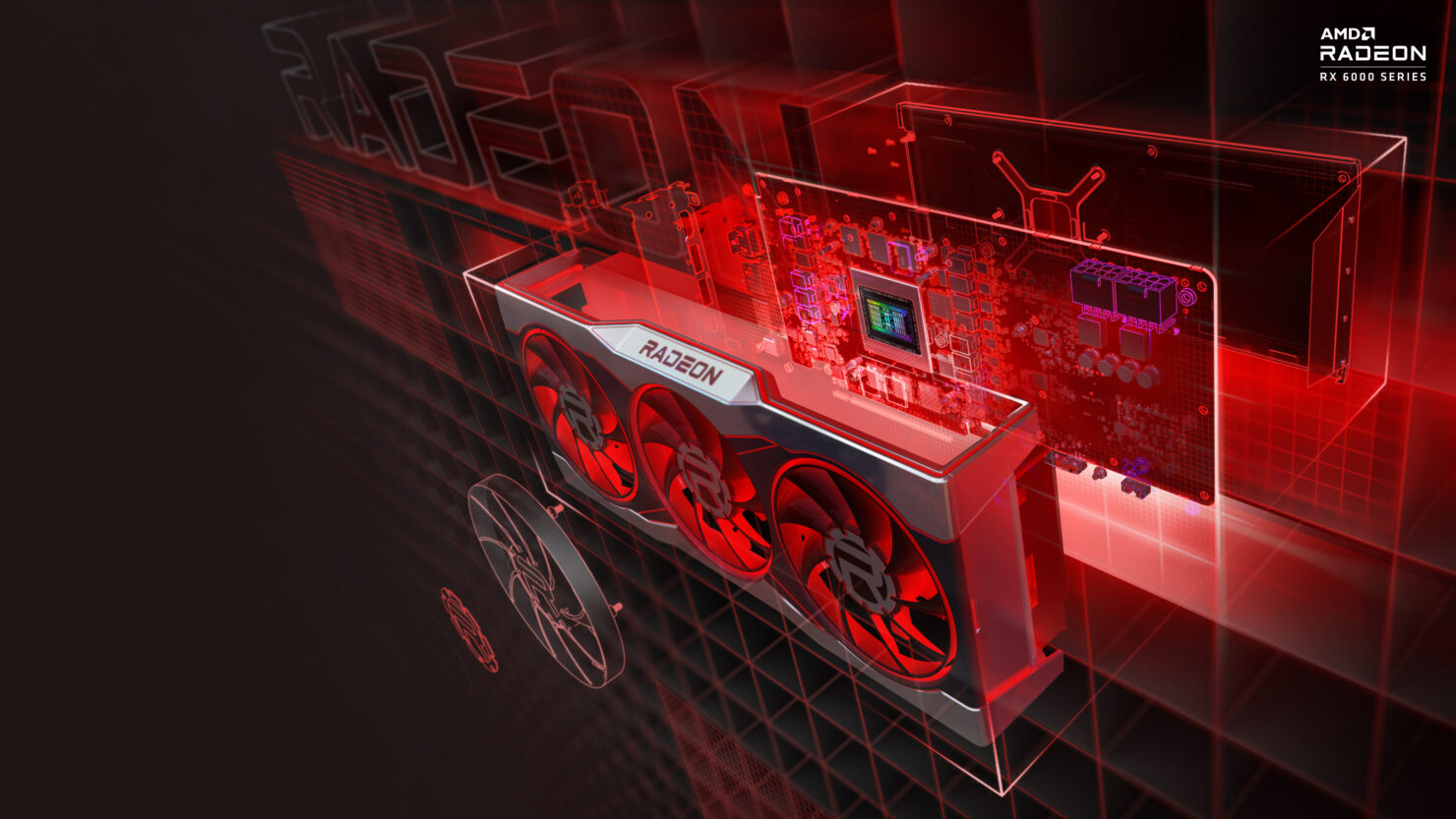 A few months back, it was reported that AMD's DLSS competitor, which is going to be known as FidelityFX Super Resolution, was launching in Spring 2021. Now a more credible report from the TechTuber, Coreteks, reveals that we could be just a month away from launch.

NVIDIA got the head start with its AI-based supersampling technology all the way back in 2018 when Turing based GeForce RTX 20 series was introduced. DLSS 1.0 had a pretty rough start & there weren't plenty of games that used the feature and while users got to see some impressive performance gains, those also came at a loss of image quality which was often too blurry when compared to playing at native resolution with standard AA methods. That changed over time and DLSS 2.0 showed the true form of the feature with the still impressive gains while retaining almost similar image quality as the native resolution. Even as of now, the feature has seen major updates in the form of DLSS 2.1 runs like a charm in Metro Exodus: Enhanced Edition.

The difference that DLSS makes put the NVIDIA GeForce RTX 30 series graphics cards a league ahead of AMD's Radeon RX 6000 series. But it looks like AMD's solution is now much close to its official launch which is suggested to be in June. Other information suggests that FSR (FidelityFX Super Resolution) is already with developers who will be implementing the feature within games and engines. 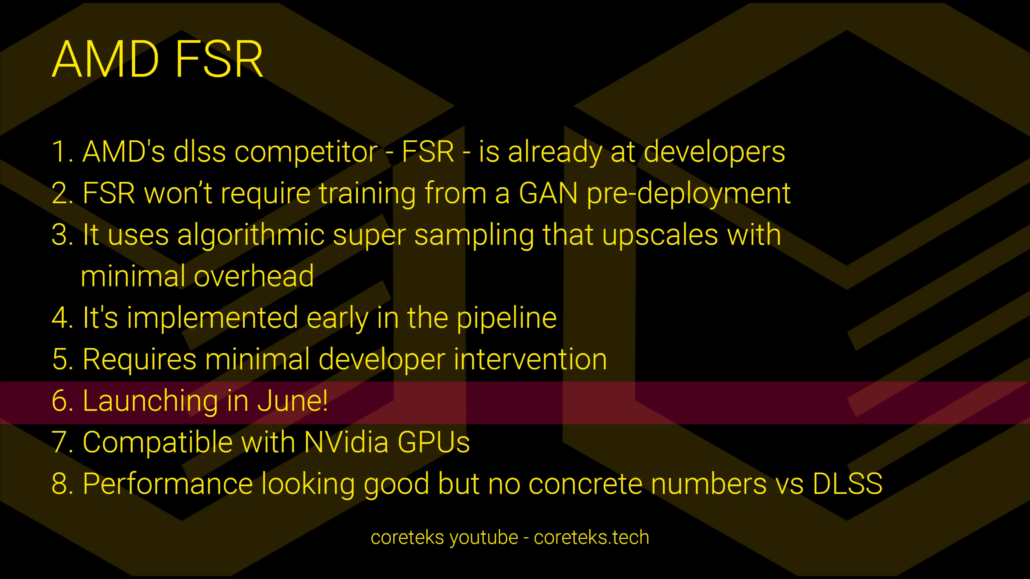 It is also stated that implementing AMD FSR within the same games would require less work when compared to NVIDIA's DLSS solution since its implemented early in the pipeline & requires minimal developer interventions. The technology also makes use of an algorithmic super-sampling method that upscales the image with minimal overhead. The thing that makes FiedlityFX Super Resolution most interesting is that AMD might be opening its compatibility to NVIDIA GPUs too. So while DLSS is proprietary to NVIDIA's Tensor Core accelerated hardware, AMD's FidelityFX will work on both the NVIDIA GeForce and AMD Radeon GPUs.

As for performance numbers, it is stated that the current results look good but there aren't any concrete numbers to compare against NVIDIA's DLSS. Only time will tell whether AMD's solution (FidelityFX Super Resolution) is on par with NVIDIA's DLSS in terms of image quality & performance.