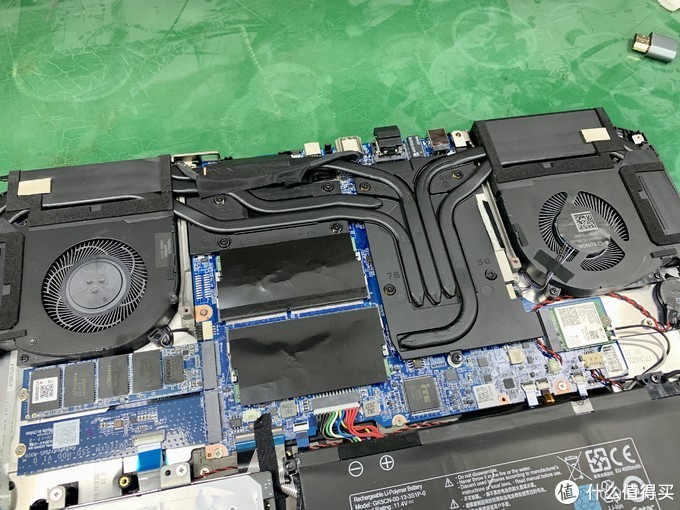 Chinese tech outlet, SMZDM (via @HXL), has provided the first preview of AMD's Ryzen 9 5900H CPU featured within Mechrevo's upcoming 17-inch gaming laptop. In addition to the Ryzen 9 CPU, the laptop also features NVIDIA's next-generation GeForce RTX 30 mobility GPU, both of which will be announced next week at CES 2021.

The Mechrevo (GM7ZG8M) gaming laptop that was tested is a 17-inch model that features the AMD Ryzen 9 5900H CPU, an NVIDIA GeForce RTX 30 series GPU (most probably the GeForce RTX 3080), 32 GB DDR4-3200 memory, and a range of tech which we will get to in a bit. Since we don't know which exact GPU this laptop is running, we will leave you with this post where we cover the specs of all three GeForce RTX 30 series mobility chips. 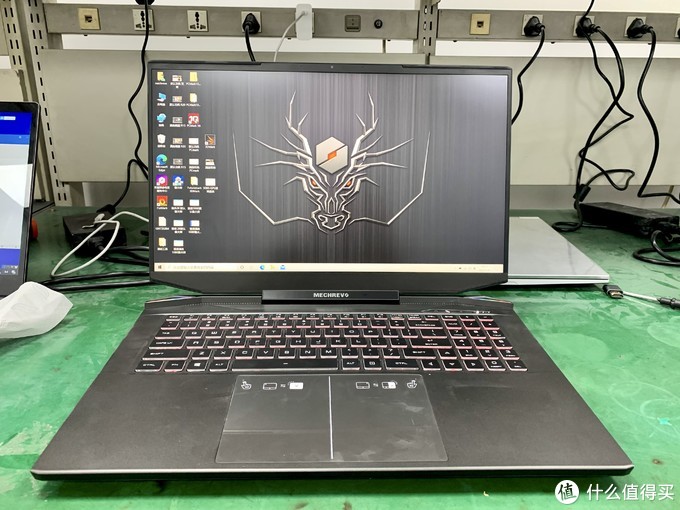 Other specifications for the laptop include a Phison 1TB SSD, a 2.5Gb Networking card, a 17.3-inch display that supports a resolution of 2560x1440 (no adaptive refresh rate technology is listed), USB 3.0 x3 ports, a USB 3.1 Gen 2 Type-C port, HDMI, RJ45 Ethernet, Microphone/Audio jacks & a power plug. The laptop also features an RGB lit keyboard and has the Mechrevo logo CNC machine-drilled at the top of the chassis with a blue tint.

Coming to the performance numbers, the AMD Ryzen 9 5900H powered Mechrevo gaming laptop scored 617.4 points (single-core) and 6076.6 points (multi-core) in CPU-z. In Fritz ChessBase, the laptop scored 72.32 FPS, leading to a score of 34714 points. Finally, we have Cinebench R20 where the laptop scored 584 points in the single-core and 5264 points in the multi-core test. According to the user, the CPU-z score puts the AMD Ryzen 9 5900H at 20% faster in single-core at 10% faster in multi-core tests versus the Intel Core i7-10875H which is very impressive.

As you can tell from the CPU-z comparison results above, the AMD Ryzen 9 5900H is a formidable chip that is on par with some of the best 8 core desktop CPUs available right now such as the i7-10700K and the Ryzen 9 5800X. We have seen the Ryzen 9 5900H and Ryzen 9 5900HX CPUs leak out earlier too and while Intel has Tiger Lake-H around the same time as Cezanne-H, it looks blue team is going to face a very heated battle in the high-performance notebook segment this year.

In addition to the performance data, we also get a glimpse of what lies beneath the Mechrevo 17-inch gaming laptop. The whole system is cooled by two exhaust fans which cool down the five full copper heat pipes that sit over the CPU and GPU. There are massive exhaust vents at the back and sides of the laptop chassis which blow hot air out. The laptop features two M.2 slots to expand SSD storage and there are also two SO-DIMM slots for upgrading the memory capacity up to 64 GB. This particular laptop is definitely a very high-end product and should retail around $2000 US which is totally justifiable given the insane specs that it rocks.