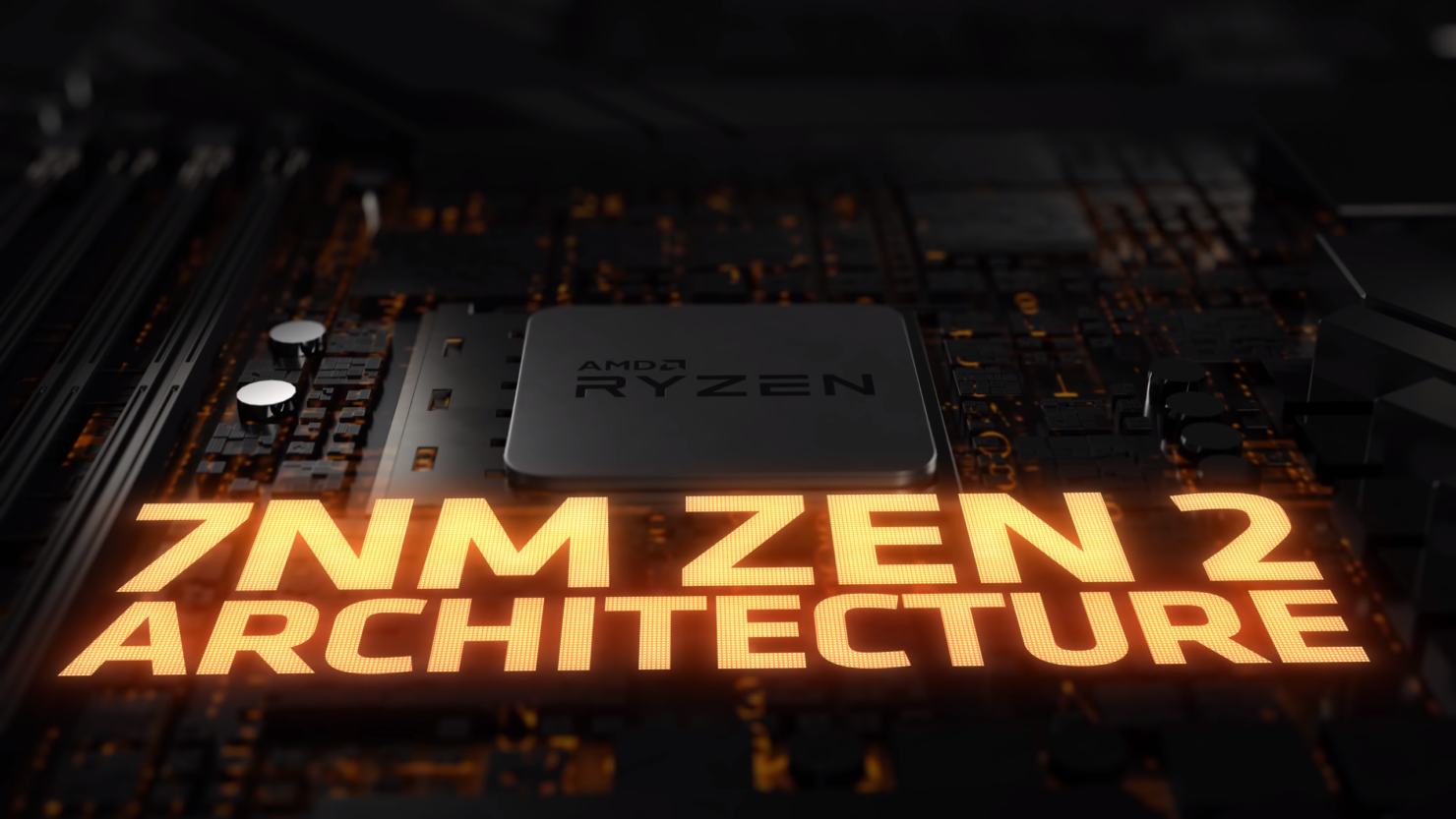 With just four days left to the launch of the AMD Ryzen 3000 series processors, more performance metrics have started to leak out. The latest series of leaks come from within the 3DMark database where reviewers, who have already received the chips for testing, have started uploading the CPU results.

The AMD Ryzen 9 3950X is definitely the highlight of the Ryzen 3000 series lineup since the CPU is the flagship variant but it won't launch until September. What would launch in a few weeks is the Ryzen 9 3900X which will be the first 12 core processor for mainstream platforms and that too is a beast in terms of performance and efficiency.

Looking at the 3DMark results, we compared the scores posted on 3DMark with our own Intel Core i9-9900K sample and the results were quite striking. The $329 US Ryzen 7 3700X scores almost 25K points (25,011) in Firestrike Extreme, 17,484 points in Cloud Gate, 82,381 points in the Ice Storm Extreme benchmark and 13,487 points in Night Raid. Following are the comparative results:

Considering that the Ryzen 7 3700X is a 65W chip and costs $170 US less, the performance is a dealmaker for high-end PC builders who want to upgrade to higher core counts and faster clocks without spending half a grand on just the CPU itself. In addition to the Ryzen 7 3700X, there's also the score of the Ryzen 9 3900X which is close to the 30K (29,777 points) mark in Firestrike Extreme. Pretty impressive since that's almost 6000 points more than what the Core i9-9900K posts & even better than the 16 core Ryzen Threadripper 2950X which scores around 28,000 points in the same benchmark (result link here). 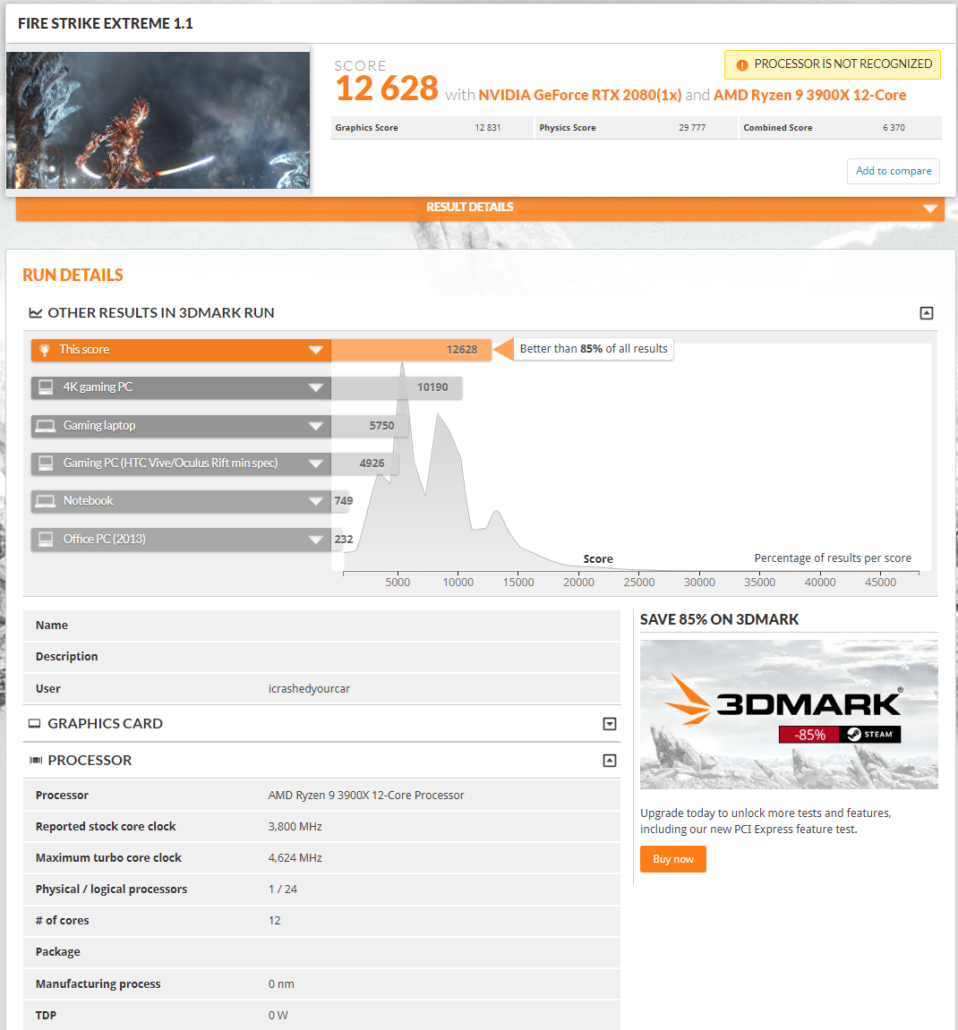 You can also find a handful of leaked benchmarks and performance results in several other articles that we have published before such as:

While we are on the topic of discussing Ryzen 3000's performance, Robert Hallock, AMD's Senior Techincal Marketing Manager, has posted an informative video on the latest updates added to PBO (Precision Boost Overdrive) on Ryzen 3000 processors. In the video, Robert explains that all AM4 motherboards (X570, X470, B450, X370, B350) meet the specifications for AMD Ryzen 3000 series processors but the X570 platform, in particular, will allow the CPU to communicate with the motherboard to determine how many VRMs are available and use them to further boost the frequencies over the suggested boost clocks.

This is a very welcome feature on some of the high-end motherboards that do come out with a lot of VRMs and power phases. The feature will allow the under-utilized power delivery of the X570 motherboard to be fully realized and be used to boost up the Ryzen 3000 chips in terms of clocks. Of course, there are several other factors to consider such as cooling and the TDP of the chip itself but overall, it's an interesting addition to the expanding featureset of Ryzen 3000 processors. 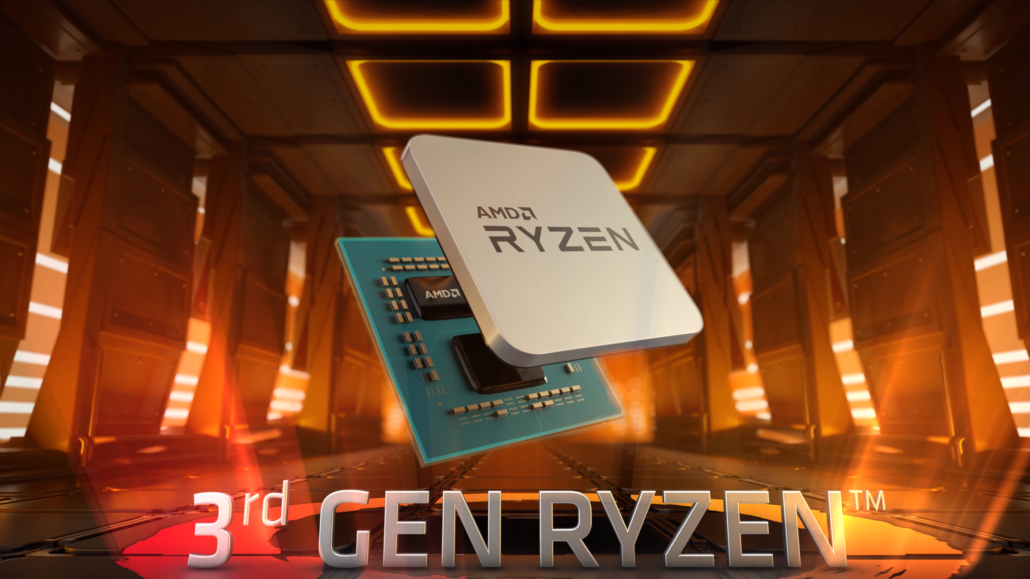 They certainly won’t display the same features that will be available on the newly launched X570 lineup, but will feature fully stable functionality for users who just want to drop in a new CPU and continue using their PCs without the hassle of upgrading the motherboard and everything from scratch. AMD's X570 platform and Ryzen 3000 CPUs are planned for launch on 7th July while the AMD Ryzen 9 3950X will be available in September 2019.