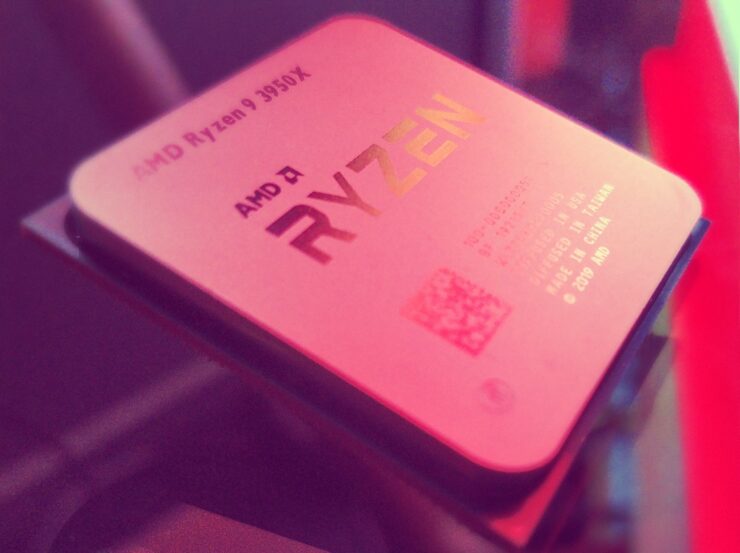 We're less than two weeks away from the official release of AMD's highly anticipated 7nm based Ryzen 3000 series processors and leaks around the newcomers show absolutely no signs of slowing down. This latest one is nothing short of a whopper, so let's dig straight into the juicy bits!

Just a little under three weeks ago a 16 core monster of a chip based on AMD's next generation Zen 2 microarchitecture was leaked. Just a couple of days later the CPU was confirmed and announced as the Ryzen 9 3950X, the world's first ever "gaming" 16 core processor and the fastest ever of its kind to date.

The Ryzen 9 3950X runs at a base clock speed of 3.5GHz and a boost of 4.7GHz and if you're reading this you probably already know that. But, it's important because the leaked Ryzen 3000 series 16 core processor that is the subject of this article does not run at those frequencies, and as such may be a different chip entirely.

So, what do the numbers on this mysterious new chip look like?
It's a 16 core, 32 thread processor with a stock base frequency of 3.3GHz, 200MHz below that of the Ryzen 9 3950X. BUT, and this is crucial, it is running on an all-core overclocked frequency of 5.2 GHz. 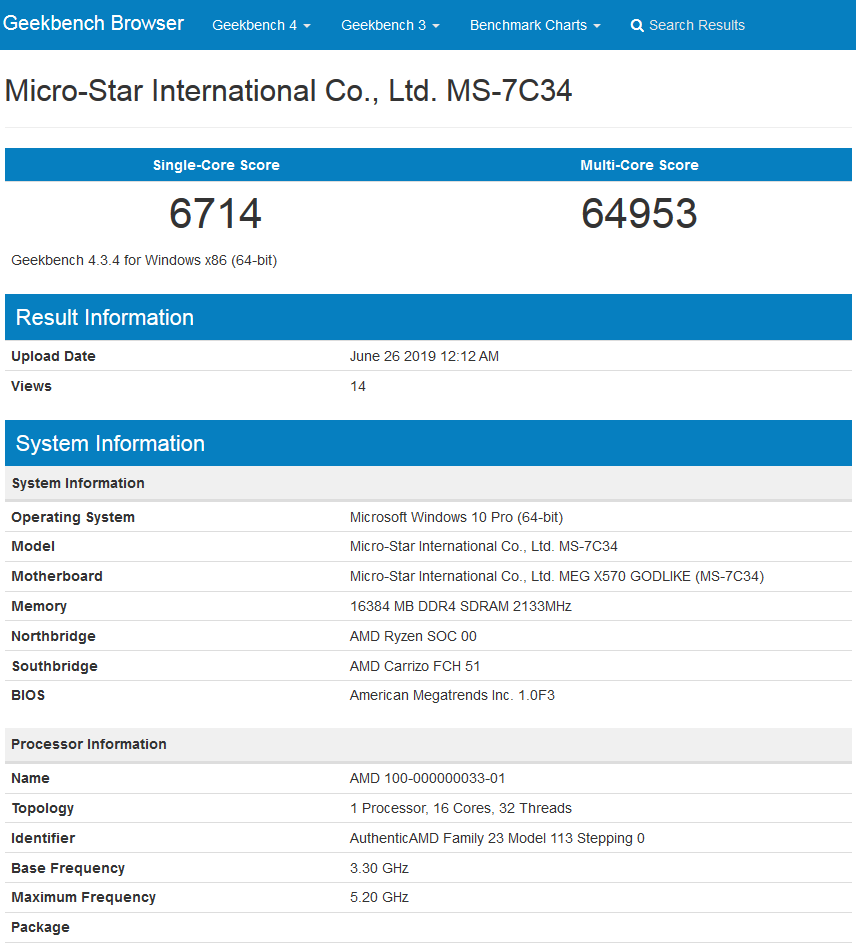 The base frequency excludes the possibility that this is a 3950X. Which means that this is either a yet unannounced Ryzen 9 processor or simply an engineering sample that AMD is testing. The latter is the most likely, simply because it makes no sense to introduce another 16 core chip with the only differentiating factor being that it has a slightly lower base clock than the 3950X.

Either way you slice this, it tells us that AMD's Zen 2 is capable of reaching incredibly high clock speeds, even in high core count SKUs. This particular chip was paired with fairly quick DDR4 memory and a top-end MSI motherboard. Again, pointing towards the likelihood that this is AMD testing the overclocking limits of its 16 core chips and is a very exciting indicator of what we may come to expect from the 3950X.

AMD's 16 Core at 5.2GHz Has Irresponsible Amounts of Performance 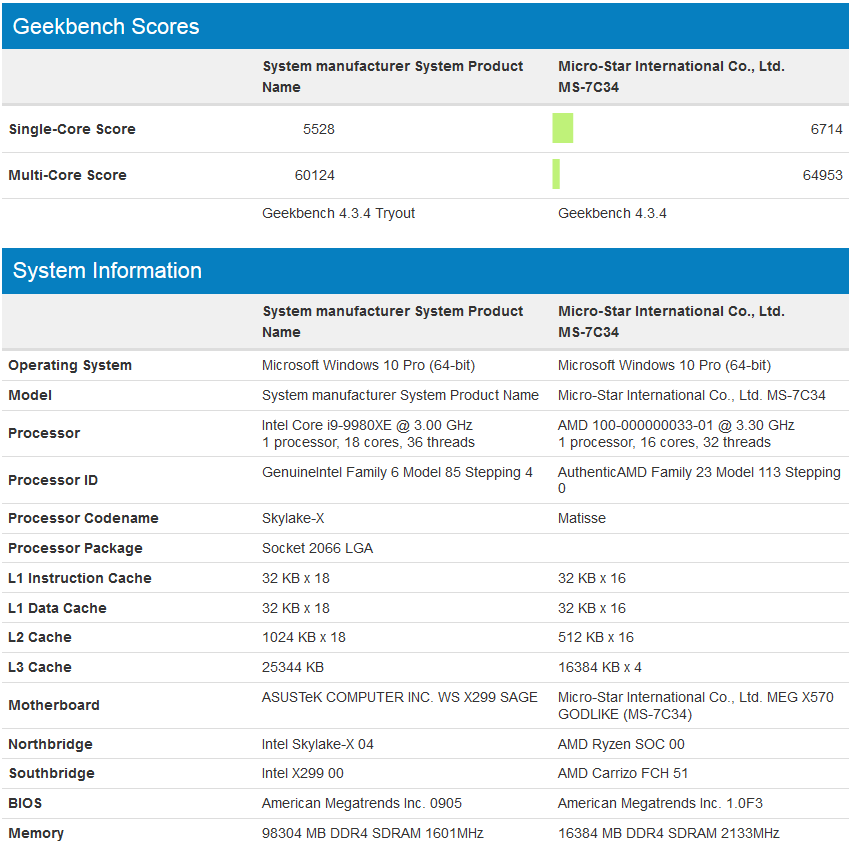 To the right is AMD's 16 core 5.2 GHz monster and to the left is Intel's fastest ever desktop processor the 18 core $2000 i9 9980XE. And no, your eyes aren't playing tricks on you, the two thousand bucks chip with two more cores is in fact losing. But that's not necessarily surprising.

After all we've already seen professional overclockers break multiple performance records on the eve of the Ryzen 9 3950X's announcement. And it's very likely that exotic cooling is at play here to maintain such a high all-core frequency. With that being said, we can't wait for July 7th to see what AMD's shiny new Zen 2 microarchitecture and the 7nm process is truly capable of.