The first performance benchmarks of AMD's next-generation Ryzen 7 5800X "Vermeer" Zen 3 CPU have leaked out in the Ashes of The Singularity database. The benchmarks have been spotted by TUM APISAK and show that AMD's upcoming 8 core will absolutely demolish Intel's fastest 10 core chip when it comes to price/performance.

The performance was measured in the Ashes of the Singularity benchmark at the 4K Crazy preset. While 4K tends to be more of a GPU-bound scenario, the AOTS benchmark does include indicators for CPU performance metrics.

The AMD Ryzen 7 5800X is one of the two Ryzen 5000 "Vermeer" series chips that are confirmed to be part of the launch lineup so far. We talked about the Ryzen 9 5900X yesterday which is a higher-end 12 core & 24 thread part while the Ryzen 7 5800X would replace the Ryzen 7 3800X at a similar price point. From the benchmark, the chip is listed as an 8 core part with 16 thread so the core config hasn't been changed from its predecessor. 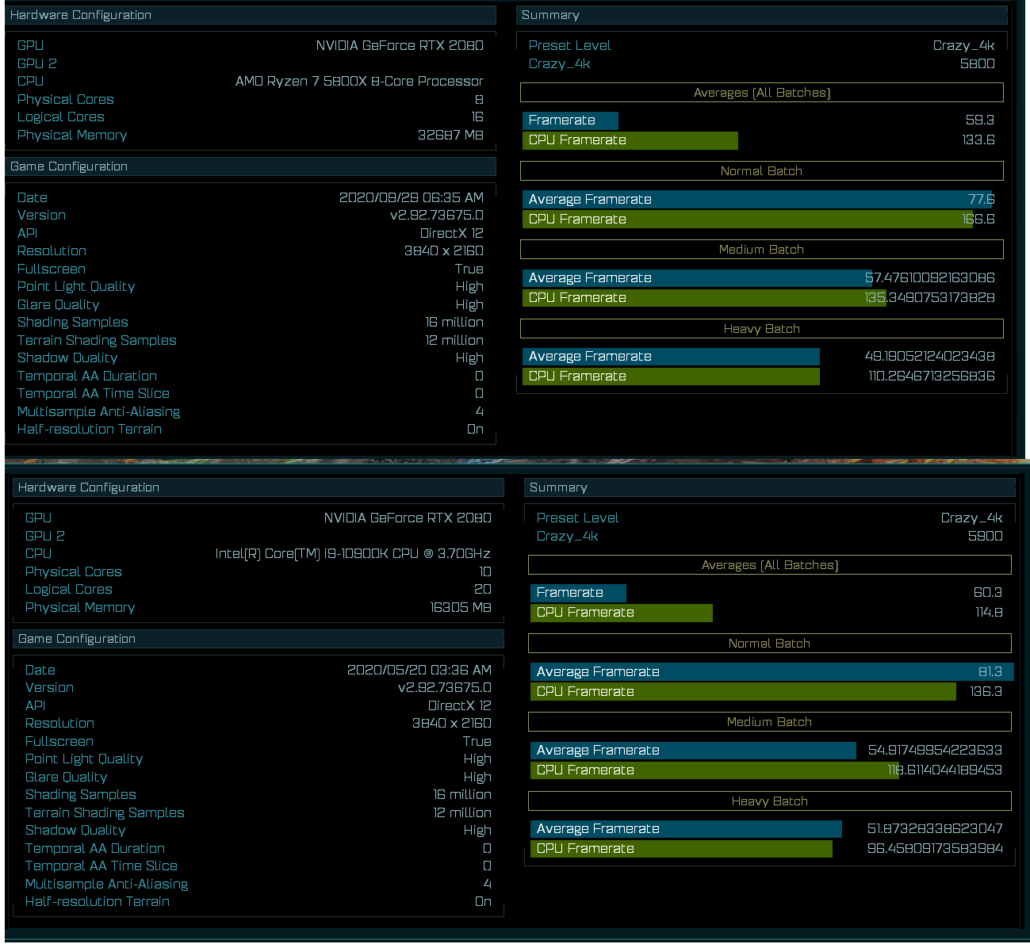 The fundamental changes to Zen 3 would come in the form of a new architecture for higher IPC gains, a redesigned CCD/cache structure, higher clocks, and improved efficiency. The clock speeds for the chip weren't reported within the benchmark but the chip scored 5900 points which are on par with the Intel Core i9-10900K running at stock. Both setups were running a GeForce RTX 2080 graphics card. 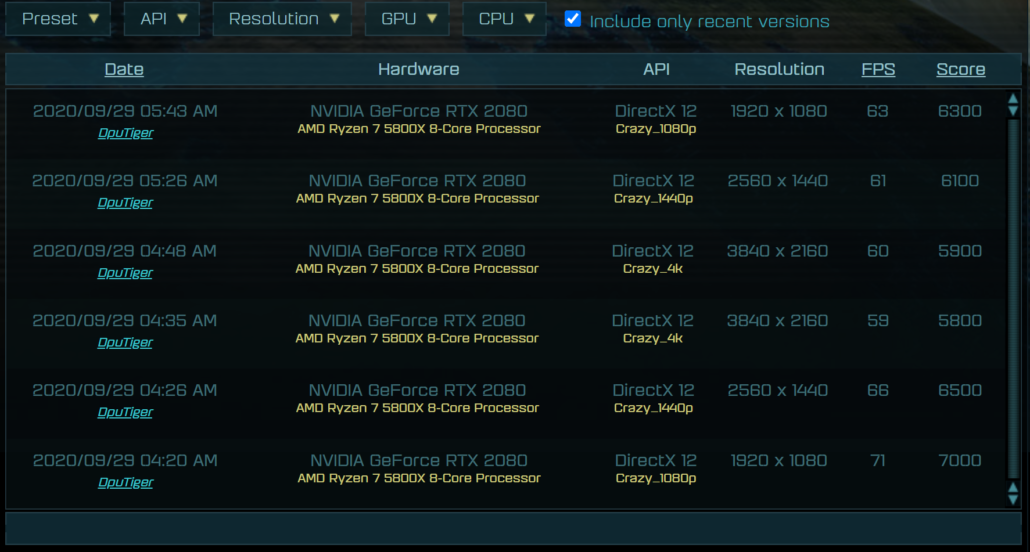 Previously leaked OPN codes did point out up to 4.6 GHz clock speeds for engineering samples which is the same boost clock as the Ryzen 7 3800X. Since the Ryzen 7 3800X operates at up to 4.7 GHz boost clocks, we might get something close to 4.7-4.8 GHz with the Zen 3 based parts. The following are the leaked OPN codes of Zen 3 engineering samples from Igor's Lab:

Considering if AMD prices its Ryzen 7 5800X in the same ballpark as the Ryzen 7 3800X, around $350-$400 US, that would mean a big win for consumers as they'll get performance equivalent to a $500 US+ chip at a much lower price. Additionally, the AMD Ryzen 5000 CPUs will be using an enhanced 7nm+ process node and we can expect higher efficiency resulting in much lower power draw than the competing Intel chips.

The key thing to consider is that we will get to see the return of the chiplet architecture and AMD will retain support on the existing AM4 socket. The AM4 socket was to last until 2020 so it is likely that the Zen 3 based Ryzen 5000 CPUs would be the last family to utilize the socket before AMD goes to AM5 which would be designed around the future technologies such as DDR5 and USB 4.0. AMD's X670 chipset was also hinted as to arrive by the end of this year and will feature enhanced PCIe Gen 4.0 support and increased I/O in the form of more M.2, SATA, and USB 3.2 ports.

It was recently confirmed by AMD that Ryzen 5000 Desktop CPUs will only be supported by 400 & 500-series chipsets while 300-series support would be left out.

AMD had also recently confirmed that Zen 3 based Ryzen 5000 desktop processors would mark the continuation of its high-performance journey. The Zen 3 architecture would be first available on the consumer desktop platform with the launch of the Vermeer family of CPUs that will replace the 3rd Gen Ryzen 3000 Matisse family of CPUs.

As of now, the competitive advantage that AMD has with its Zen 2 based Ryzen 3000 is just way too big compared to whatever Intel has in their sleeves for this year, and Zen 3 based Ryzen 5000 CPUs are going to push that envelope even further. Expect AMD to unveil its next-generation Ryzen CPUs and the underlying Zen 3 core architecture on 8th October.