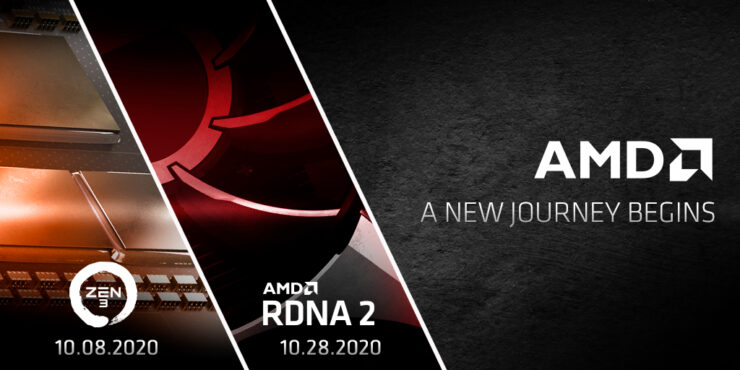 AMD has officially confirmed that it will be introducing its next-generation Ryzen 4000 CPUs based on the Zen 3 architecture and Radeon RX 6000 graphics cards based on the RDNA 2 architecture in the coming month of October. The announcement comes just a few hours after it was teased that AMD plans to unveil something brand new today which we reported first here.

AMD has confirmed that it will be introducing its next-generation CPU and GPUs for the desktop PC segment in a series of separate tweets. In the tweets, AMD confirms that it will first unveil its Zen 3 based Ryzen Desktop CPUs codenamed "Vermeer" on 8th October followed by the Radeon RX 6000 series graphics cards based on the RDNA 2 GPU architecture on 28th October.

Preparing to delight gamers globally with the next horizon of Radeon Graphics, we invite you to learn more about our RDNA 2 architecture, Radeon RX 6000 series graphics cards, and our deep collaboration with game developers and ecosystem partners who will help us bring the best of Radeon to gamers. Tune in for the reveal of the future of Radeon PC gaming at 12 p.m. ET, October 28th. via AMD

As for the tweets, the Radeon RX 6000 series video doesn't give out much information but the one for next-gen Ryzen Zen 3 desktop CPUs does provide some key information. From the looks of it, it looks like AMD will be revisiting the same triple chiplet die on its Zen 3 processors which will come with two CCD's with up to 8 cores and 16 threads each and a single I/O die.

This suggests that we'll once again be looking at 16 cores & 32 thread as the maximum core/thread count on the CPUs but with much faster clock speeds and a newer architecture which will utilize an enhanced 7nm process node.

With the next wave of AMD Ryzen processors and the all-new Zen 3 architecture, @AMD is taking its PC gaming and content creation leadership to new heights. Learn more October 8. pic.twitter.com/PAvA5m3FGo 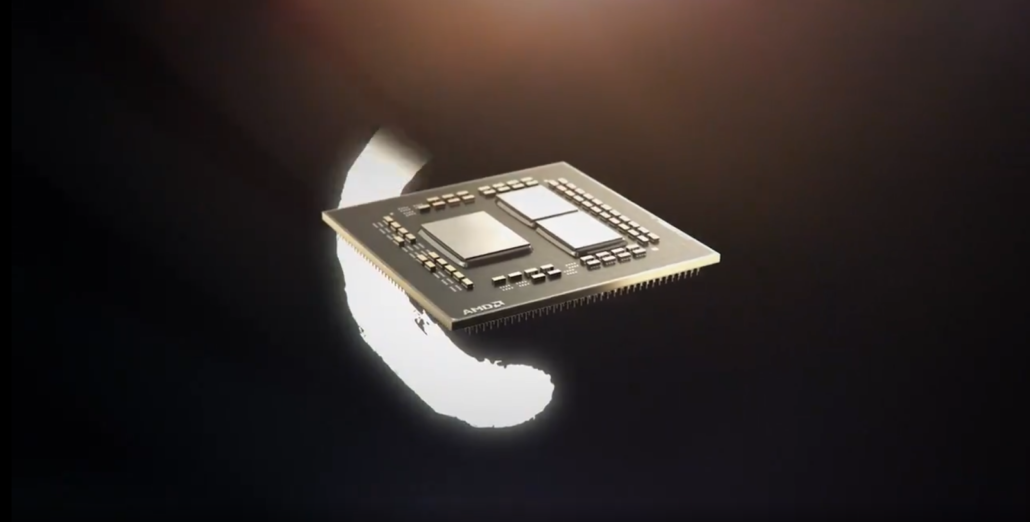 What do you want to see in AMD's next-gen desktop CPUs?
How fast do you think AMD's Big Navi (RDNA 2) GPU Powered Radeon RX graphics cards will be?
Share Tweet Submit