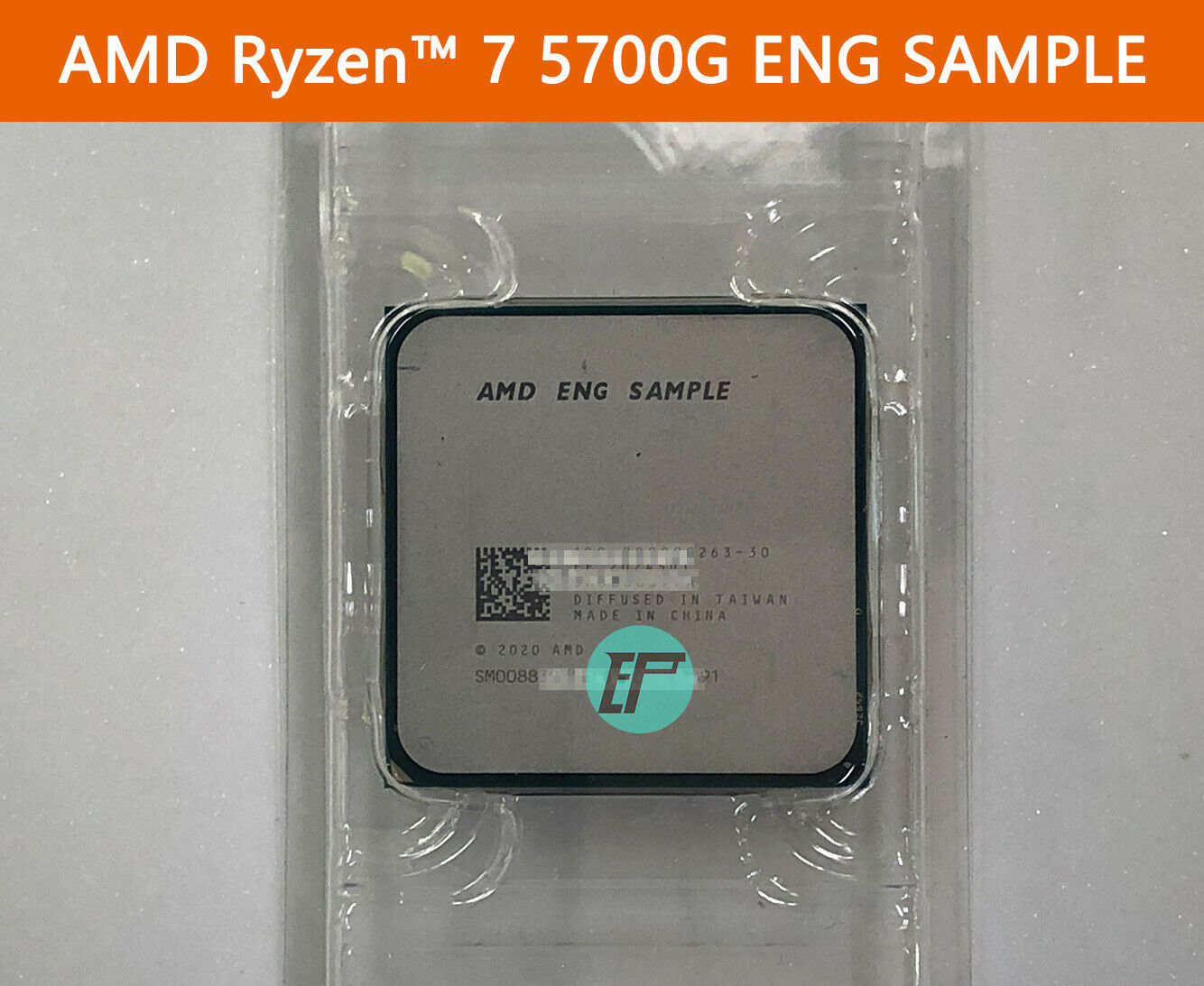 AMD's Ryzen 7 5700G Desktop APU which will be part of the Zen 3 powered Cezanne lineup has appeared at eBay. As per the listing by the seller who got an engineering sample of the chip, the Ryzen 7 5700G is a fully functional processor that delivers a great performance that you'd expect from a modern 8 core CPU.

Given that this particular chip is an engineering sample, the final specifications might change but we have already seen the chip in various leaks so the specifications including the clock speeds are close to the final retail chip. The AMD RYzen 7 5700G is part of the Cezanne family that comes with a major architecture change in the form of Zen 3 over the Zen 2 based Renoir offerings.

The AMD Ryzen 7 5700G in particular, features 8 cores and 16 threads. The CPU will carry 16 MB of L3 cache and 4 MB of L2 cache. The chip's OPN code is designated as 100-000000263-30 and comes with a boost clock of up to 4.45 GHz. According to the user himself, the chip features the AMD Vega integrated graphics with most likely 8 CUs or 512 stream processors which should run at the same or faster speeds than existing Renoir parts at over 2.0 GHz clocks.

The seller says that since the drivers for Cezanne Desktop APUs are not available yet, the buyer has to use a discrete graphics card with the processor until AMD releases the official driver. The Ryzen 7 5700G is also supported only on AMD 500 series motherboards running the AGESA 1.2.0.0 BIOS firmware and isn't compatible with 400-series motherboards right now.

In terms of performance, the user tested the chip at overclocked speeds of 4.6 GHz at 1.3V and 4.7 GHz at 1.425V. The CPU seems to offer performance on par with the AMD Ryzen 7 5800X in both CPU-z and Cinebench R23 which is pretty impressive for the APU itself. As for other details, the max temperatures for the AMD Ryzen 7 5700G were hovering around 74C although we are not sure the type of cooling that was used. The CPU is currently listed for a price of $999 US which is a $500 US increase from its initial listing.

Another test for the AMD Ryzen 7 5700G APU has surfaced on Baidu forums which shows the chip running at 4.65 GHz at around 1.36V. The CPU scores similar results but what is more interesting is the fact that the user also managed to get the GPU running. The GPU has an 1800 MHz clock speed on the ES chip and the leaker speculates that the final clocks may end up around 2.4 GHz. The APU was tested with DDR4-4200 MHz memory and scored slightly better than Renoir APUs in the AIDA 64 Cache and Latency benchmark.