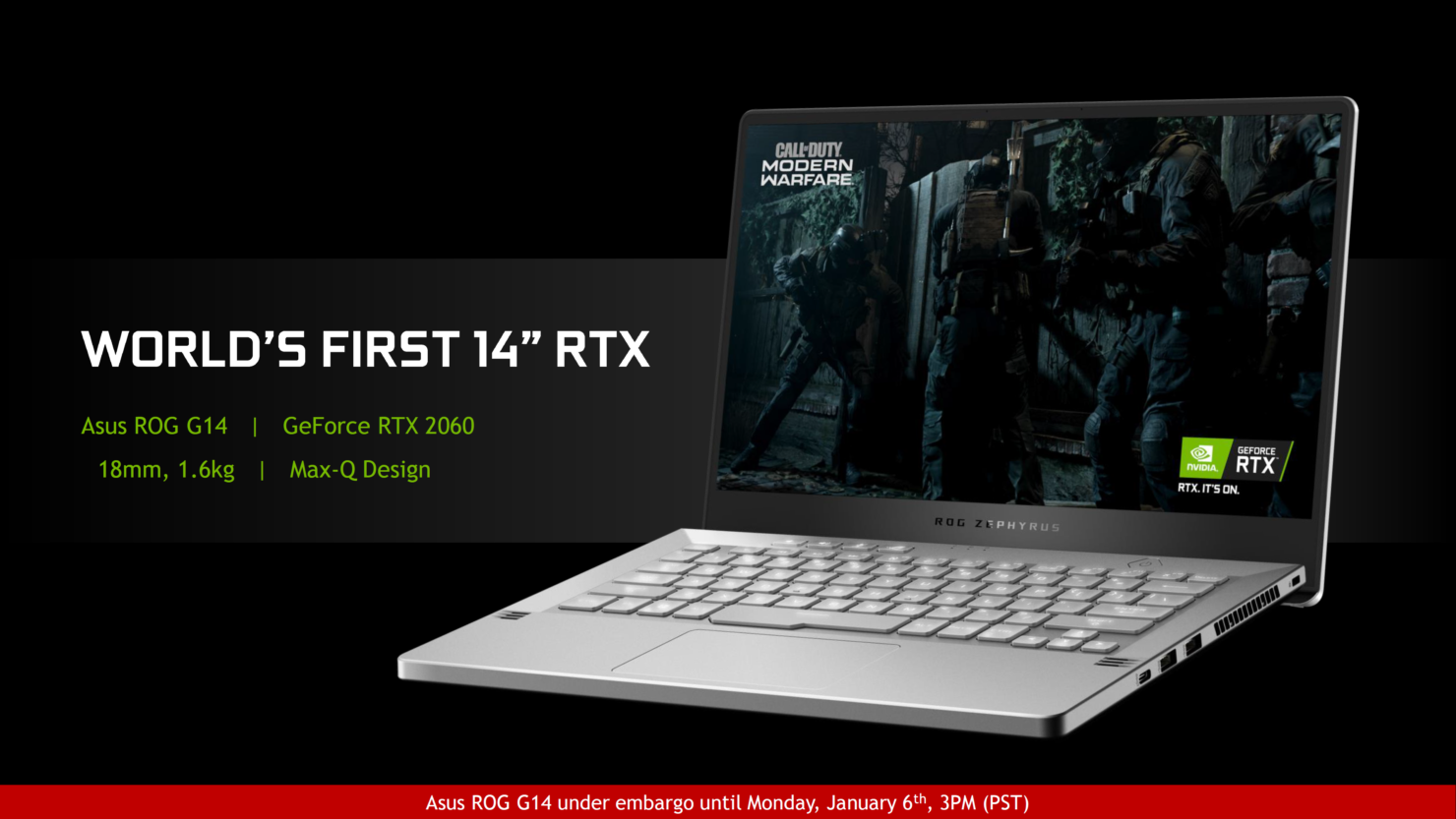 The ROG Zephyrus is a 14" gaming notebook that has very powerful internals. We are looking at an 8 core and 16 thread, AMD Ryzen 7 4800HS processor which rocks the latest 7nm Zen 2 cores. The AMD Ryzen 7 4800HS is a binned variant of the Ryzen 7 4800H, offering much better performance in high-end gaming notebooks while offering lower power consumption and generating lower heat too. The CPU is coupled with 32 GB of DDR4 memory running at 3200 MHz. Storage on the laptop includes a single M.2 NVMe (PCIe 3.0) device with up to 1 TB capacities. 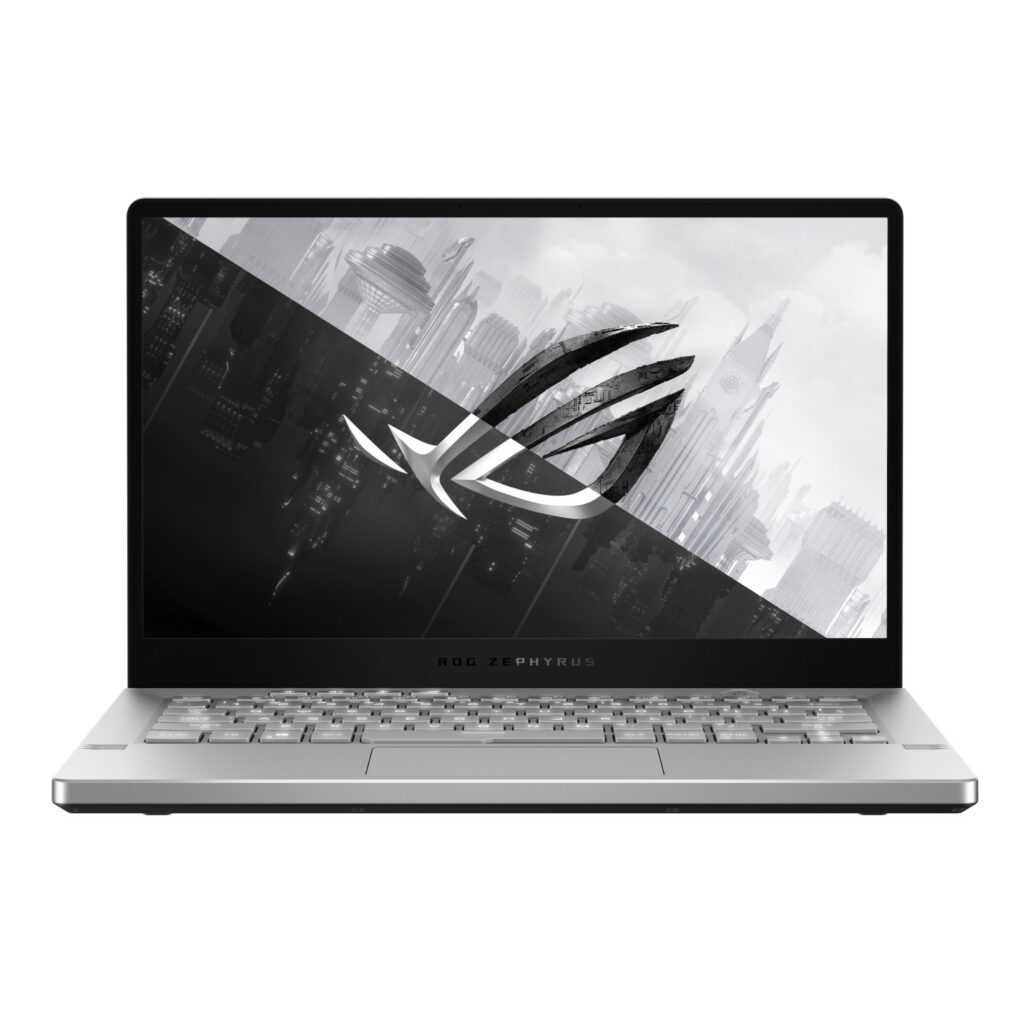 For graphics, the ROG Zephyrus G14 features up to an NVIDIA GeForce RTX 2060 GPU with 6 GB of GDDR6 VRAM. The GPU is rated at a maximum boost clock of 1298 MHz at just 65W which is made full use of with the 120 Hz HD or 60 Hz WQHD display configurations that this notebook rocks. The display supports Freesync technology while the IPs panel is rated at 100% sRGB coverage along with an 85% screen-to-body ratio.

All of this is packed within a body that is 17.9mm thin and weighs in at just 1.6 kg. The Zephyrus G14 packs a total of 209 heatsink fins with a total surface area of 68,868mm2 which are attached to a network of five heat pipes that connect to the CPU, GPU, and VRM. The chassis also makes use of new n-Blade fans which feature 81 blades and keep noise under 45 dB even under Turbo mode. 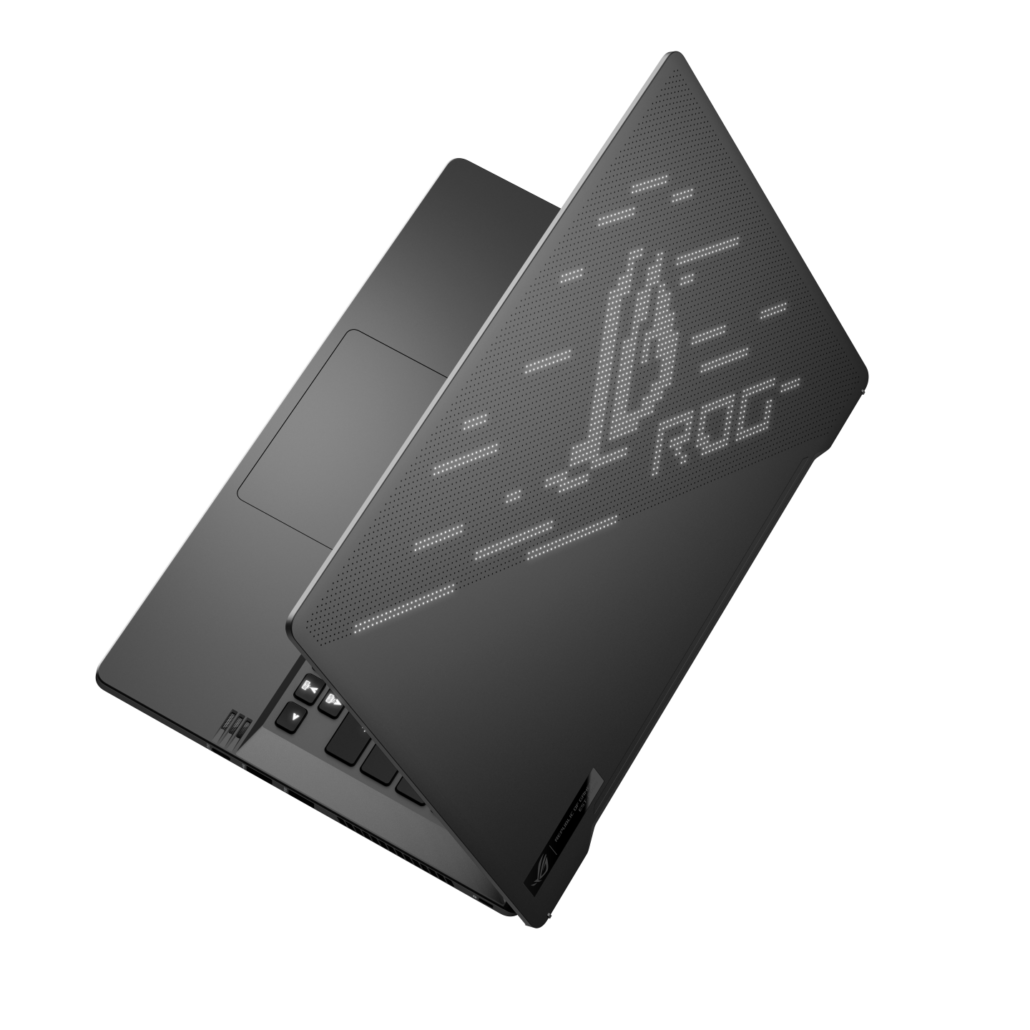 As for I/O, there are a range of features that the ROG Zephyrus has to offer such as two USB 3.2 Gen 2 Type-C ports (1 with DisplayPort 1.4 and Power Delivery), 2 USB 3.2 Gen 1 Type-A ports, a single HDMI 2.0b port, a 3.5mm headphone, and microphone combo jack and the ever so useful Kensington lock. There's a backlit chiclet keyboard with Ergolift technology that tilts the keyboard for a more comfortable experience. The design is also very brilliant on the front which includes a total of 1215 mini LEDs that can be customized with animated GIFs, graphics and custom frame by frame animations for endless personalization options. You can even configure the mini-LEDs to react to audio for brilliant visualization.

There's also Intel WiFi 6 support (Bluetooth v5.0), two 2.5W speakers with Dolby Atmos technology. The notebook is shipped with a 180W power adaptor but can also charge over a 65W Type-C adapter for lighter workloads. The laptop is said to be available in two colors, Moonlight White and Eclipse Grey. We will have more information on the ASUS ROG Zephyrus G14 such as pricing and launch timeframe soon.

ASUS is also launching the more powerful ROG Zephyrus G15 gaming notebook which features a large 15" display with a rated refresh rated of 240 Hz (AMD Freesync). A second variant with a 144 Hz refresh rate is also listed but the resolution of both panels is rated at 1080p HD. The G15 is also powered by the AMD Ryzen 7 4800HS 8 core and 16 thread processor and will be available in two configurations, one with a GTX 1660 Ti 6 GB and one with an RTX 2060 6 GB graphics card. The rest of the specs are similar to the ROG G14 which makes the smaller design even more impressive.

The key features of the ROG Zephyrus G15 gaming notebook include:

The design of the G15 is also in accordance with the gaming vibe, rocking a two-tone, brushed metal design on the front along with a ROG logo. The G15 retains an ultra-slim design, being only 19.9mm thin and weighing in at just 2.1 kg.

ASUS TUF Gaming Laptops For Gamers Announced at CES 2020 Too

TUF Gaming notebooks are also getting newer models based on AMD's Ryzen 4000 and Intel's 10th Gen processors. The A15 (15.6") and A17 (17.3") variants feature the AMD Ryzen 4000 series while the F15 (15.6") and F17 (17.3") variants would feature the Intel 10th Gen Core processors. ASUS has not yet detailed which specific CPU variants would be featured in their models but the best guess would be that we will be looking at a range of configurations as these models are aimed at a wider gaming market. Key features of ASUS's TUF Gaming 2020 laptops include: