The latest MindFactory statistics are once again shared by Reddit user Ingebor and show that AMD Ryzen 3000 sales and revenue figures continue to remain strong and dominate Intel's Core lineup. According to the latest statistics, the AMD Ryzen 3000 CPU amounted for 78% of the total CPU sold over at the retailer compared to just 22% Intel CPU sales. The actual sales were around 18000 units while less than 5000 Intel CPUs were sold. The numbers are close to last month where AMD Ryzen 3000 in their first month managed to make up 79% of the sales figures.

Out of the 78% AMD Ryzen 3000 CPUs sold, the most popular was the Ryzen 5 3600 which is one of the best budget options available in the market right now under $200 US. The Ryzen 7 3700X also sold really well and the Ryzen 5 2600 managed to take up the 3rd spot as it is now available for less than $140 US, making it an extremely value-oriented chip for budget and mainstream builds. The Ryzen 5 3600 alone managed to outsell the entire Intel 9th Gen Core lineup which was surprising.

The higher number of AMD CPU sales also resulted in a vastly bigger revenue share of 75% while Intel CPUs managed to make up only 28% of the revenue at MindFactory. Here, the Ryzen 9 3900X manages to take up 3rd place while having a lower number of CPU sales due to its higher and now inflated cost due to shortages in the retail market.

This is despite the ongoing shortage of Ryzen 3000 CPUs, namely the Ryzen 7 3700X and the Ryzen 9 3900X. This has resulted in a sharp drop in average sales price for AMD CPUs but it should get better in the coming months. AMD also has yet to release their flagship Ryzen 9 3950X processor for the AMD platform this month, which would offer 16 cores and 32 threads at $749 US and aims to be the fastest mainstream CPU on the planet. The company is also set to introduce their new Ryzen Threadripper 3000 series CPU lineup in the coming months which should further increase its market share in the HEDT market.

Intel is planning to launch their refreshed Core-X lineup later this year on the X299 platform but in terms of features and absolute performance (value factor too), the Threadripper lineup looks a lot better. There's also Comet Lake 10th Gen processors coming to the desktop platform but rumors suggest that a new platform (updated socket) would be required and the lineup would offer up to 10 cores based on the 14nm+++ process node.

Lastly, we can see the share split between Intel’s and AMD’s lineup. 53% of the AMD CPUs sold were Mattise or Ryzen 3000 series based, 29% were Pinnacle Ridge-based, 5% were Summit Ridge-based while the remaining 13% were Threadripper HEDT CPUs and APUs. Intel’s share included 71 percent Coffee Lake Refresh or 9th Gen CPUs, 24% Coffee Lake or 8th Gen CPUs, and the rest of the 5% were Skylake-X and Kaby Lake 7th Gen CPUs. 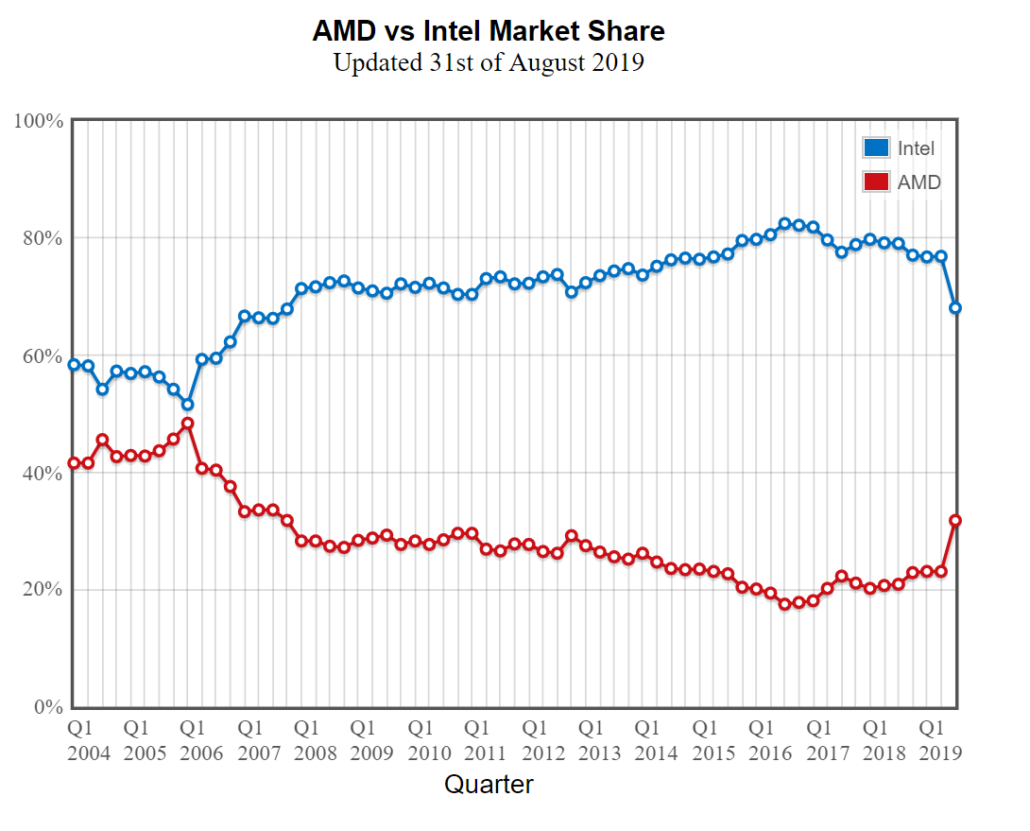 In addition to the German retailer, PassMark market share report which has recently been updated with the latest stats shows Intel's share further declining compared to AMD which continues to rise and things are getting worrisome for the blue team here. In July, Intel share fell from 76.90% to 70.70% and it has further declined to 68.10%. AMD's share, on the other hand, increased from 23.10 percent to 29.30% and has further increased to 31.80% by the end of August. 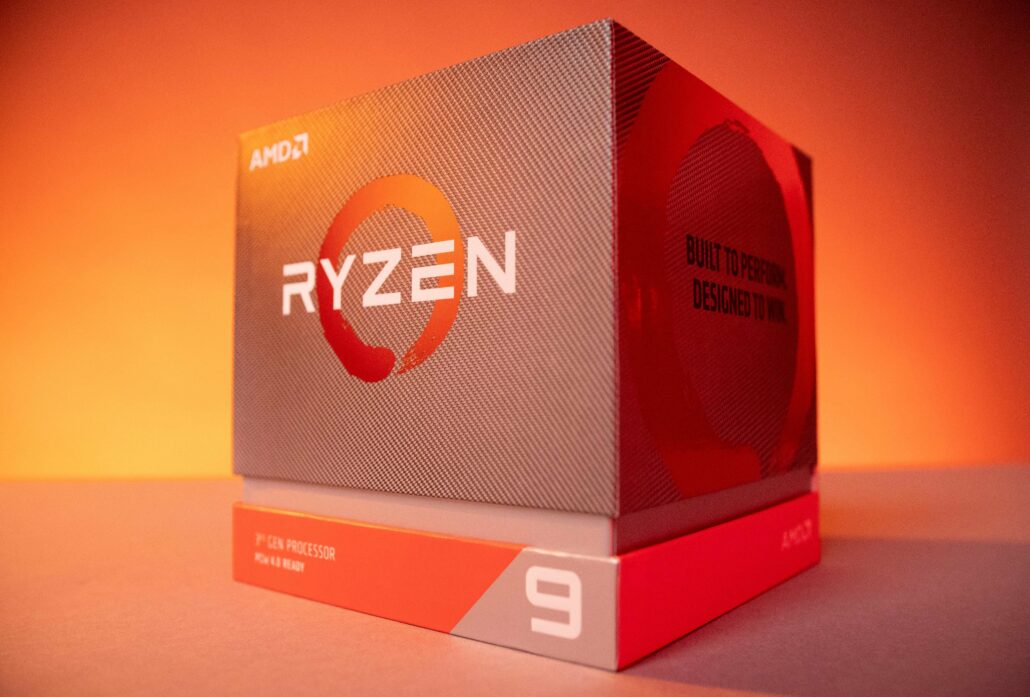 With AMD has a strong roadmap (post-2020) with future Zen cores and proper lineups for desktops, notebooks, servers and HEDT platforms against a weakened Intel who can’t move away from 14nm on their mainstream families, AMD is just going to keep crushing a once-dominant Intel in their own turf with the potential of even outpacing them in a few years unless Intel gets back in the game with decent products.