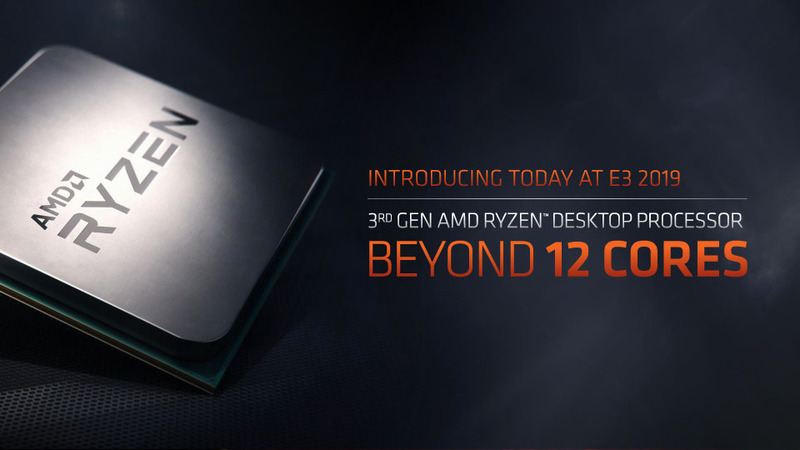 It's official, AMD is indeed preparing a 16 core, 32 thread processor under their Ryzen 3000 series and it's called the Ryzen 9 3950X. Being AMD's beefiest mainstream chip to date, the AMD Ryzen 9 3950X gives HEDT performance on a mainstream platform, competing directly against Intel's 16 core, Core-X processors (Core i9-9960X) at a much lower price point. 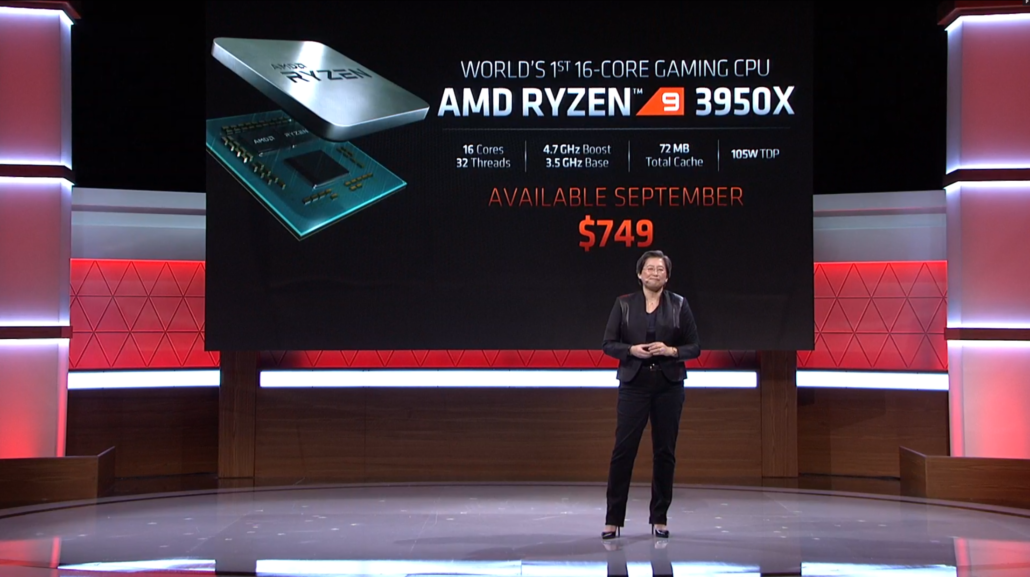 In terms of specifications, the AMD Ryzen 9 3950X would feature the 7nm Zen 2 core architecture. There would be three Chiplets on the Ryzen 9 interposer which include two Zen 2 dies and a single I/O die which is based on a 14nm process node. The AMD Ryzen 9 3950X would be fully enabled, offering 16 cores and 32 threads. The core configuration has never been available on mainstream platforms such as AM4, even the 12 core, 24 thread Ryzen 9 3900X configuration hasn't been seen on mainstream platforms and AMD is the first to bring such high core counts that used to be HEDT exclusive, down to mainstream users.

In terms of clock speeds, the AMD Ryzen 9 3950X runs at a base frequency of 3.5 GHz and boosts to a blistering fast 4.7 GHz which is the highest for AMD's Ryzen 3000 series processor. The chip will feature 72 MB of total cache and just like the other Ryzen 9 parts, feature a TDP of 105W. The TDP is based on the base frequency numbers so it would actually be higher when the chip boosts or is manually overclocked by users. When it comes to overclocking, we also know that like all other Ryzen CPUs, the Ryzen 9 3950X would feature a soldered design which should help deliver better thermals than TIM.

Some performance numbers for the processor were also showed which were tweeted a while ago by Videocardz and can be seen in the following tweet:

They certainly won’t display the same feature set that will be available on the newly launched X570 lineup but will feature fully stable functionality for users who just want to drop in a new CPU and continue using their PCs without the hassle of upgrading the motherboard and everything from scratch. AMD's X570 platform and Ryzen 3000 CPUs are planned for launch on 7th July while the AMD Ryzen 9 3950X would be available in September 2019.