AMD's RX 480 will officially go on sale world-wide within the next several hours and good news for potential buyers just keeps on coming. This will likely be our last update before the embargo on RX 480 reviews officially ends tomorrow morning. Suffice to say the wait is almost over and many of you can almost taste the sweet nectar of enthusiast nirvana that is launch day GPU reviews.  So without any further delay let's get to the juicy bits.

So, the first piece of good news is that we're already getting word from RX 480 reviewers who have been playing around with their RX 480s and the latest drivers about the card's overclocking potential and it's looking good. BitsAndChips.it Fottemberg reports that that the new overclocking tool and the power delivery circuitry of the reference design are both "very good".

He also reports that the GPU "overclocks very well even at stock voltage. The reference design it seems is more limited by thermal headroom more than anything else. Something that the custom cooled designs from the likes of Sapphire, MSI, Asus, HIS, Powercolor & Gigabute will take care of.

Fottemberg :
From our OC early tests: the PCB and the new tools are very good, and the Polaris 10 overclocks very well even at stock voltage. The problem is the reference cooler (it's very good just at stock frequencies or a little bit over). With a 3rd party cooler (Sapphire Nitro?) Polaris 10 will be a best buy, IMHO.

Interestingly, XFX has two RX 480 models that have been seeded to retailers and e-tailers. Both are 8GB models and they're both factory overclocked. The Black Edition RX 480 "RX-480M8BBA6" comes with a 1328Mhz clock speed right out of the box.  XFX's other RX 480 "RX480M8BFA6" is factory overclocked to 1288Mhz.

We've heard that virtually all other AIB partners will also have factory overclocked RX 480 cards on sale tomorrow. Although, these factory overclocked models will still be reference designs. Custom cooled RX 480s will become available within the next couple of weeks. Sapphire will be one of the first AIB partners to offer custom cooled designs according to the industry chatter we've been hearing.

Speaking more about the RX 480s voltage controls and overclocking potential. AMD's brand new overclocking tool, which we had talked about in detail in an exclusive report last week, will permit over-volting up to 1.15v by default. Although this may differ slightly depending on the GPU. The tool includes everything from new monitoring features, fan and clock profiles in addition voltage control. But if you've read our report you obviously know that by now. 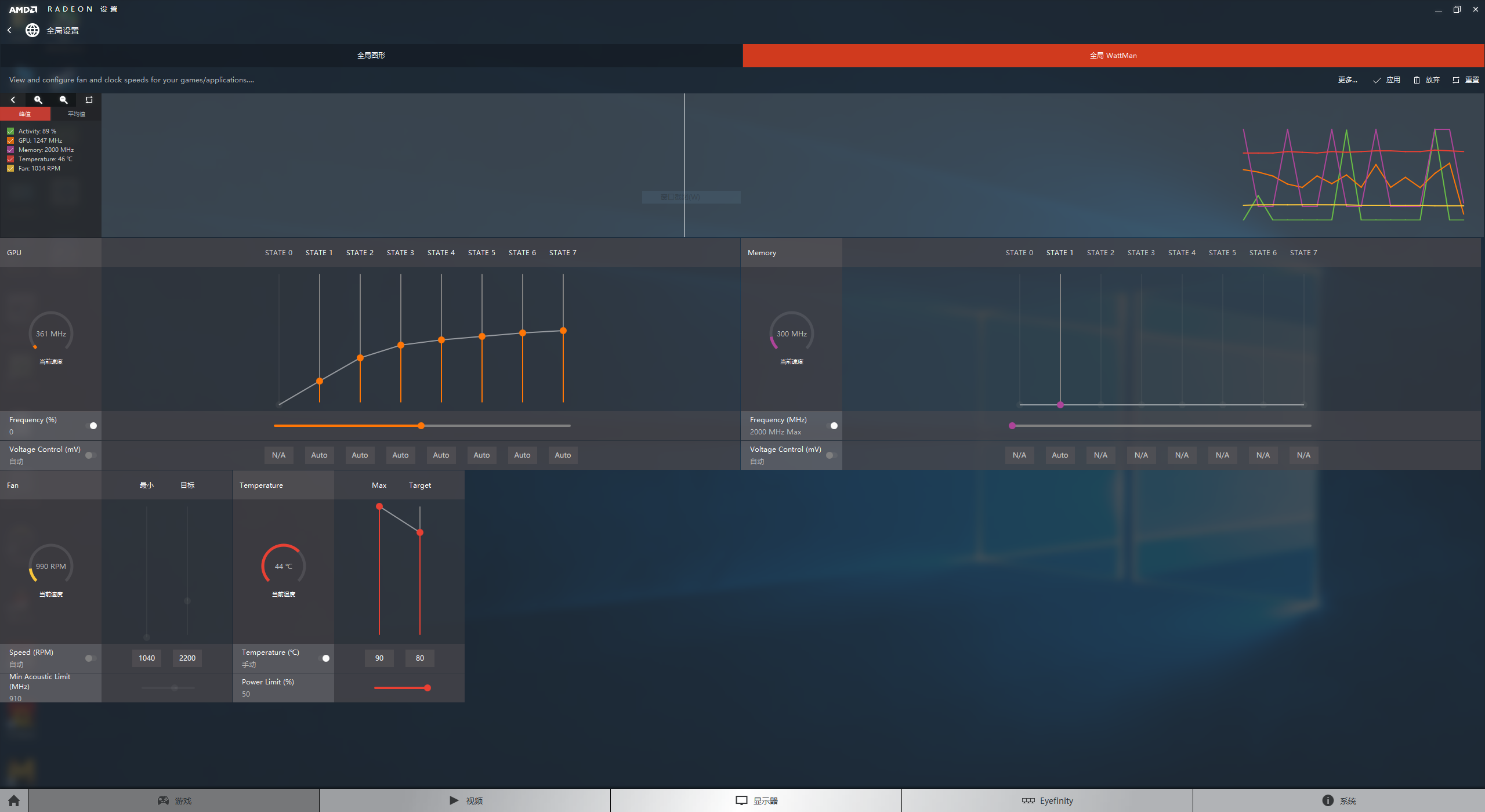 One of the more interesting new pieces of information that's worth mentioning is that while RX 480's voltages will go up to ~1.0875 at stock. The card can hit 1.33Ghz at really low voltages, as low as 1.025v in fact. That's significantly less than the ~1.25v stock voltage that we've seen on many previous GCN based 300 series, 200 series and HD 7000 series graphics cards. It's also a below the 1.25v limit on the GTX 1080 and most GTX 900 series graphics cards. So XFX's 1328Mhz factory overclock is pretty much the tip of the iceberg.

AMD doesn't impose any restrictions on its partners in terms of over-volting and overclocking. In fact, the voltage limits that the AIB partners implement in their overclocking tools are voluntary and actually quite easy to remove. All it usually takes is a simple text edit. MSI also allows users to "extend official overclocking limits" in its Afterburner overclocking utility and currently allows voltages of up to 1.3v on 300 series cards. Asus on the other hand permits voltages of 1.35v+ via GPU Tweak.

Improved power delivery circuitry and more elaborate cooling solutions to address the thermal limitations of the RX 480's reference design will translate to higher factory and manual overclocks. So if you're an avid overclocker you'll definitely want to wait for AMD's AIB partners to roll out their custom RX 480 cards before pulling the trigger.

Retailers Have Huge Stocks Of RX 480 Cards To Meet Demand

On a different note, we've reported over the past week that the supply of RX 480 cards is "strong". Something of a stark contrast to what we've seen with Nvidia's GTX 1080 and GTX 1070 over the past month. In fact, just a few days ago we found that RX 480 unit shipments delivered to Microcenter were 25x larger than the GTX 1080 at launch.

Just a few hours ago photos from a German retailer surfaced showing hundreds of RX 480 cards in-stock. There's very little doubt at this point that this is one of AMD's biggest GPU launches we've seen yet, if not the biggest. This should put the minds of potential RX 480 buyers at ease who have witnessed the horrific GTX 1080 and 1070 price gouging that's taking place and feared the RX 480 may get relegated to the same fate. Thankfully it doesn't look like this will be the case.

As the RX 400 series launch grows nearer, we’ve been seeing more and more leaks surface to the web. Including gaming & 3DMark performance benchmarks, overclocking, noise, power & thermal testing. So stay tuned as we bring you the latest.