AMD RX 480 Already Available For Preorder, To Be In-Stock In Large Quantities At Launch Thanks To “Strong” Supply 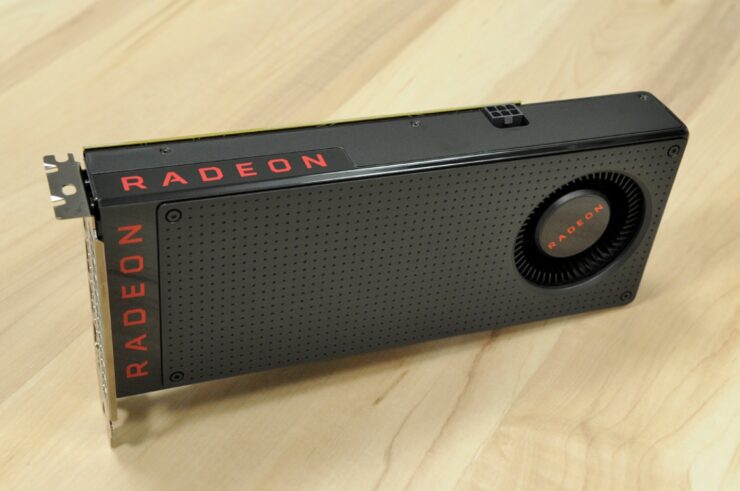 AMD is preparing for major demand on its RX 480 graphics cards come June 29. Word has reached us that retailers & e-tailers have been stocking up on RX 480 GPUs for the past week and that the supply for the RX 400 launch is "strong".  Having good supply is of particular importance for AMD's new products to succeed. Especially after the shortages that we've seen drive prices for Nvidia's GTX 1080 and GTX 1070 through the roof.

AMD RX 480 Supply Is "Strong", To Be In-Stock In Substantial Numbers At Launch

We've seen various reports and leaks which do indicate that retailers have been building-up their stocks of Radeon RX 480 graphics cards. The card has been available for pre-order on numerous online e-tailers from around the world. We've also seen quite a few photos of the RX 480 shipments that various resellers have been receiving over the past couple of weeks.

Unfortunately the situation on the other side of the coin with the GTX 1080 and GTX 1070 launch is quite dim. The cheapest GTX 1080 available costs $859. That's more than $150 above the MSRP that Nvidia has set for the Founder's Edition and more than $250 above the MSRP for all other GTX 1080 graphics cards.

I hope @nvidia gets their 1080 supply problems under control. LOWEST price I'm seeing is $859.

The situation has gotten so bad that some re-tailers have began asking for the most exorbitant premiums we've seen yet.

Oh don't spoil us with free shipping ecotest! you're generousity knows no bounds!

Nvidia's decision to launch its GP104 based GTX 1080 and GTX 1070 cards early with limited supply has definitely come at a cost. One that the consumers will have to endure until the situation improves and prices normalize.

AMD's decision to build-up stock for several weeks preceding the Radeon RX 400 series launch on June 29 should help circumvent any such shortages. At launch gamers will have the choice of 8GB & 4GB RX 480 cards , 8GB and 4GB RX 470 cards as well as 2GB and 4GB RX 460 graphics cards.

However, only the reference design of each card will be available initially. We're told that custom AIB versions will be released soon afterwards. So those of you who like specific designs from Sapphire, MSI, Gigabyte, XFX, Asus or any other manufacturer or generally prefer open air coolers, you shouldn't have to wait for too long.

AIBs are preparing a wide range of RX 480, 470 and 460 graphics cards. From $99 all the way to $300. All three RX 400 series cards will launch simultaneously on June 29. AMD's brand new overclocking tool that we had brought news of a few days ago is also compatible with all of the three new cards.

As more resellers have been receiving shipments of RX 480 graphics cards, we've been seeing more and more leaks surface to the web. Including performance benchmarks, overclocking, noise, power & thermal testing. So stay tuned as we bring you the latest.