AMD is allegedly readying three brand new graphics cards based on its upcoming 7nm Navi graphics architecture, and if this leak courtesy of AdoredTV is accurate they're going to sell like hot cakes!  The venerable youtuber also dropped a massive leak earlier today detailing the specs and prices of AMD's upcoming 7nm Ryzen 3000 series lineup, including a 16 core, 32 thread monster 3850X CPU with a 5.1GHz boost clock. You can find all the details here.

With that out of the way, let's get into what AMD's graphics division allegedly has in store for us at CES just over a month from now. It's important to point out that none of these alleged specifications, performance claims or prices have been confirmed in any way shape or form. Take this unverified leak, as with any other, with a grain of salt.

AMD's next generation Navi family will initially be comprised of three members, which the company is planning to announced at CES next month. These include the Radeon RX 3080, RX 3070 and RX 3060.
Yes, that's what they're supposedly going to be called. It appears that the company is looking to strengthen its graphics name recognition by streamlining its branding. Both of its upcoming Ryzen CPU & Radeon GPU product lines will now fall under one 3000 series banner. And who knows, maybe they're hoping this might rub off some of Ryzen's charm onto Radeon.

That, and Radeon 3000 is a whole thousand more than GeForce 2000. Attempting to one-up the competition by throwing around bigger numbers can certainly seem juvenile, but studies have shown that this kind of marketing actually works. So make of it what you will. 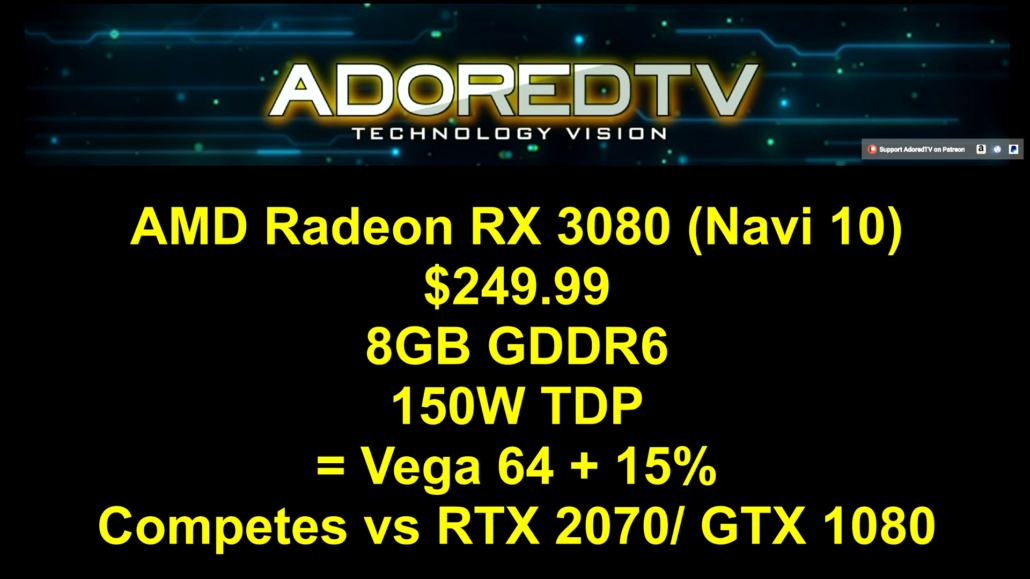 With that being said, the RX 3080 will allegedly feature the company's upcoming Navi 10 GPU built on TSMC's 7nm FinFET process paired with 8GB of GDDR6 RAM. With a TDP rating of 150W and a price tag of $249, the RX 3080 occupies the mid-range sweet-spot that we've seen gamers overwhelmingly gravitate toward every generation.

In terms of performance, this supposedly mid-range card is said to be going up against NVIDIA's RTX 2070 and deliver 10-15% better performance than the GTX 1080 and RX Vega 64. Which is quite remarkable, if true. RTX 2070 class performance at half the price really sounds out of this world. If you're having a hard time believing this, don't worry, you're not alone because it does sound unbelievable. 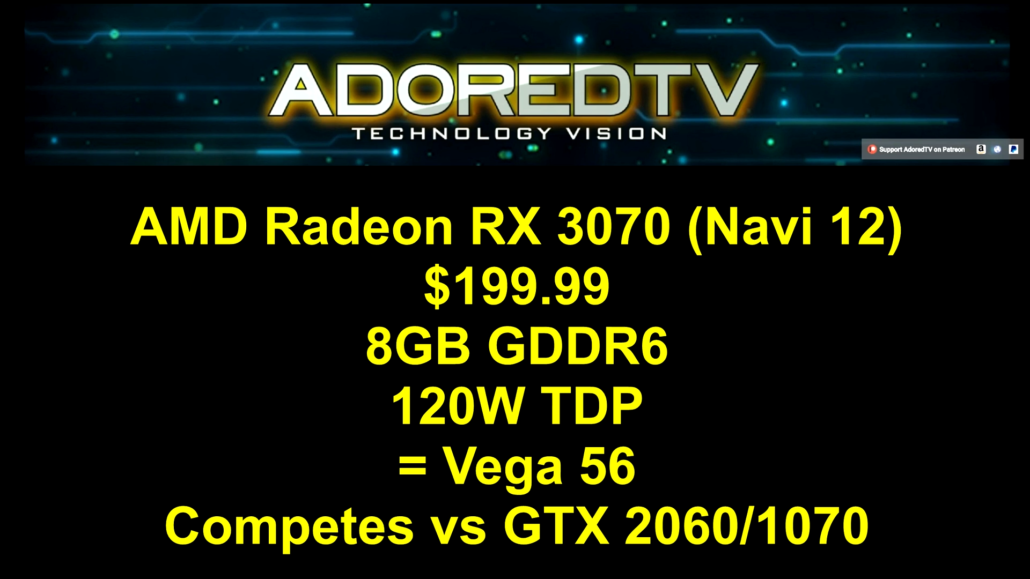 It will be very interesting to see how the already released RX 590 is going to fit in here, considering that the RX 3070 is set to render it entirely obsolete in a few months time, if this leak is to be believed. 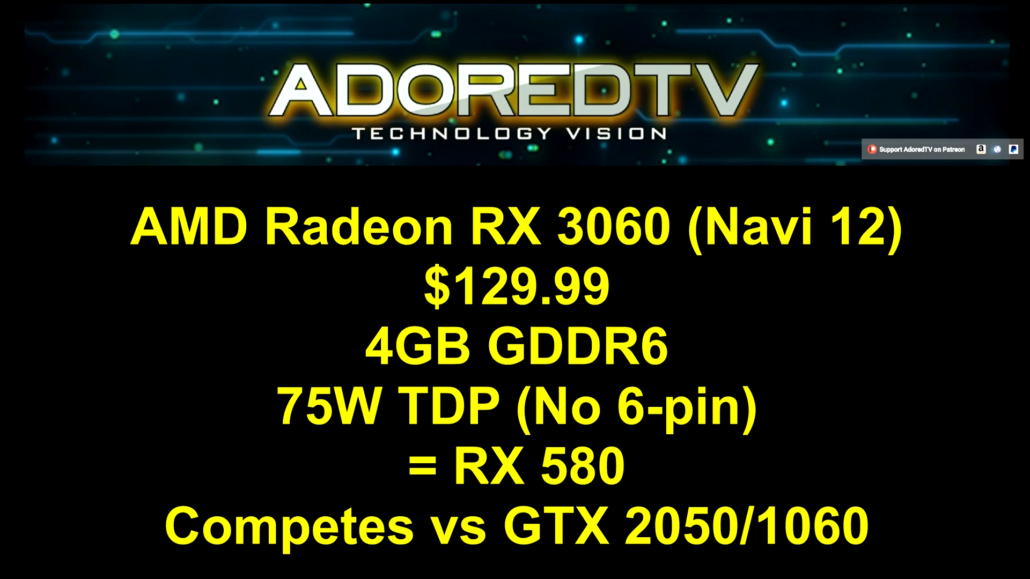 Lastly we have the RX 3060. Just like the RX 3070 this card is based on the 7nm Navi 12 GPU, although a slightly cut back version. The RX 3060 is said to feature 4GB of GDDR6 VRAM, a 75W TDP and no PCIe power connector. The card is expected to go up against NVIDIA's yet unreleased GTX 2050 and deliver RX 580/ GTX 1060 class performance. Which is really impressive if true, considering the card supposedly does not come with a power connector.

This leak does paint a picture of Navi as a mainstream product, which is what we have been consistently hearing over the past year. But what is quite surprising is that it appears that what actually makes Navi mainstream is its incredibly affordable pricing and frugal TDP ratings across the lineup. In terms of performance however, there's certainly nothing mainstream about a GPU that can tango with the RTX 2070. That is if this turns out to be actually true. Worry not though, we will hopefully find out in no more than a month's time.