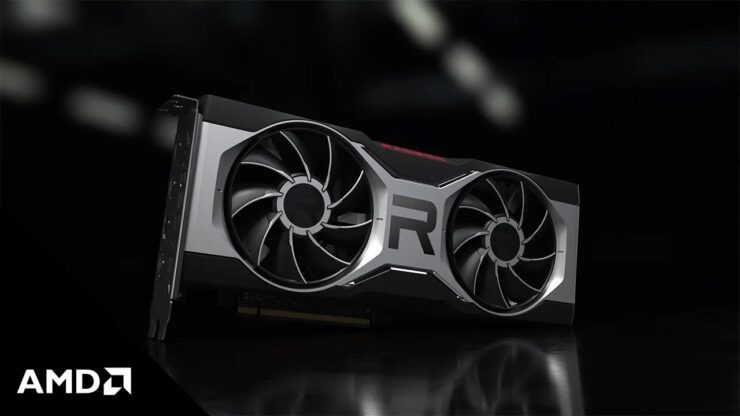 AMD Radeon RX 6700 XT's performance in synthetic performance benchmarks have leaked out too. While we already covered the gaming and raytracing performance of the Navi 22 GPU, the synthetic benchmarks show the exact level of performance improvement that the RDNA 2 GPU achieves over its RDNA 1 based Navi 10 predecessor.

The benchmarks come from various sources, primarily Videocardz (via TUM_APISAK & Bilibili). The AMD Radeon RX 6700 XT was tested within 3DMark and Ashes of The Singularity benchmarks and shows an average of 25-30% performance improvement over its Navi 10 based predecessor, the RX 5700 XT. 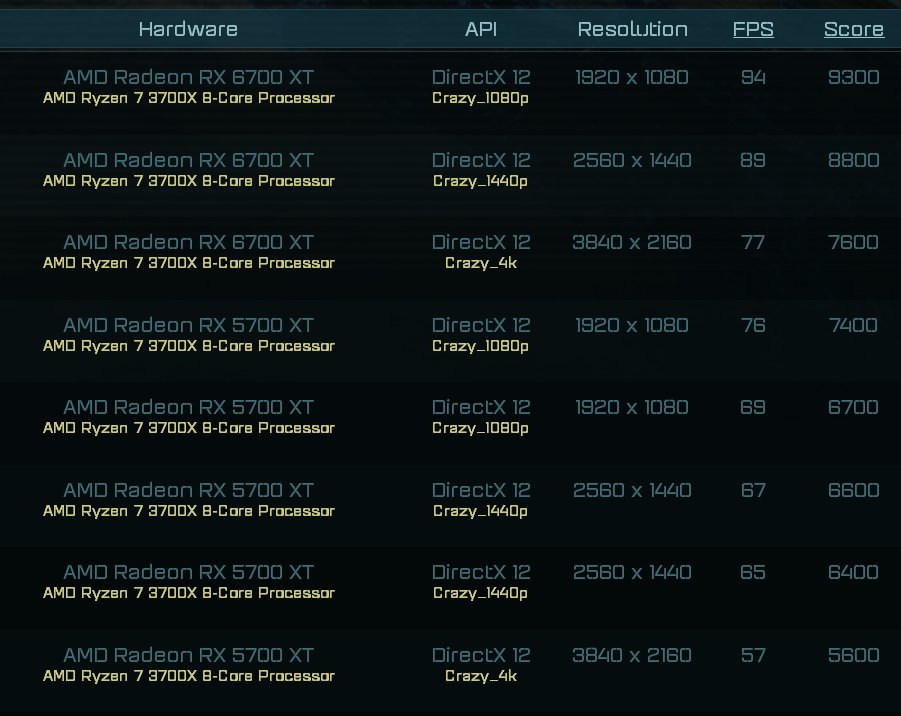 Ashes of The Singularity [Crazy 1080p]

Ashes of The Singularity [Crazy 1440p]

Ashes of The Singularity [Crazy 2160p]

Next up, we have several 3DMark performance results for the AMD Radeon RX 6700 XT. Compiled results of the graphics card were formulated by Videocardz against other GPUs which was running on our test setup comprising of the AMD Ryzen 9 5900X CPU (the leaker also used the same Ryzen CPU for tests).

The benchmark results show the Radeon RX 6700 XT ending up 25% faster than the Radeon RX 5700 XT on average but the Radeon RX 6800 XT cruises ahead with an average 52% lead which is due to its 80% higher core count. At the same time, the difference is narrowed down slightly by the RX 6700 XT owing to its higher clock frequencies compared to the RX 6800 XT.

Sapphire's Radeon RX 6700 XT Nitro+ was used within the 3DMark tests and the custom variant is expected to offer some seriously high factory overclocks. The same leaker has also stated that the RX 6700 XT Nitro+ is around 5% faster than the NVIDIA GeForce RTX 3070.

Finally, we have a report on the cryptocurrency mining performance that the AMD Radeon RX 6700 XT has to offer. It was already reported that the card will offer a lower mining rate compared to the RX 5700 XT but we now have the exact figures. As per the Cryptomining Blog, the Radeon RX 6700 XT should offer 43 MH/s in Ethereum whereas the Radeon RX 5700 XT offers over 50 MH/s. It looks like NVIDIA's GeForce RTX 30 series offering will remain attractive for miners but given the low GPU supply, even this rate would mean that the RX 6700 XT is likely to be gobbled up by crypto miners if they can't find another GPU for their mining needs. This is acknowledged by a post on Chiphell that shows the RX 6700 XT offering 46.5 MH/s in Ethereum using the Phoenix Miner.

It is interesting to note that not only the Ethereum mining performance is similar to the one offered by the RTX 3060 or more specifically what it is capable, but is artificially limited by Nvidia. Mining Ravencoin (RVN) with the AMD Radeon RX 6700 XT also shows very similar performance with 22.7 MH/s hashrate at stock settings. Since the RTX 3060 is not artificially limited for half performance on all algorithms, the GPU is capable of delivering around 22 MH/s for RVN mining which is almost the same as the RX 6700 XT.