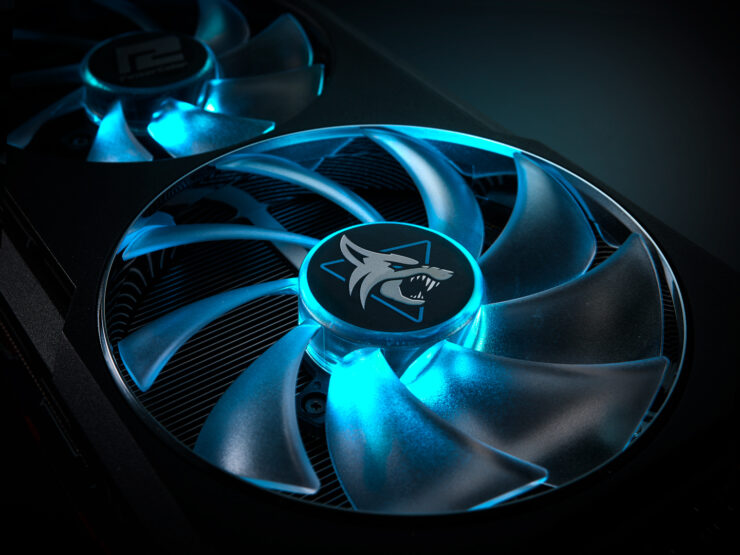 AMD's Radeon RX 6700 XT graphics card is now three days away from its official launch and we can expect lots of custom variants featuring the RDNA 2 graphics chip. There have been a couple of RX 6700 XT models that were officially revealed by manufacturers but more variants have leaked out by Videocardz.

We have PowerColor, Sapphire, XFX, and Gigabyte models to talk about which we leaked so that makes up a total of six different graphics card series (XFX Merc / Qick & Sapphire Nitro / Pulse). Each graphics card comes with its own custom cooling and power delivery that offers better cooling & overclock capabilities. 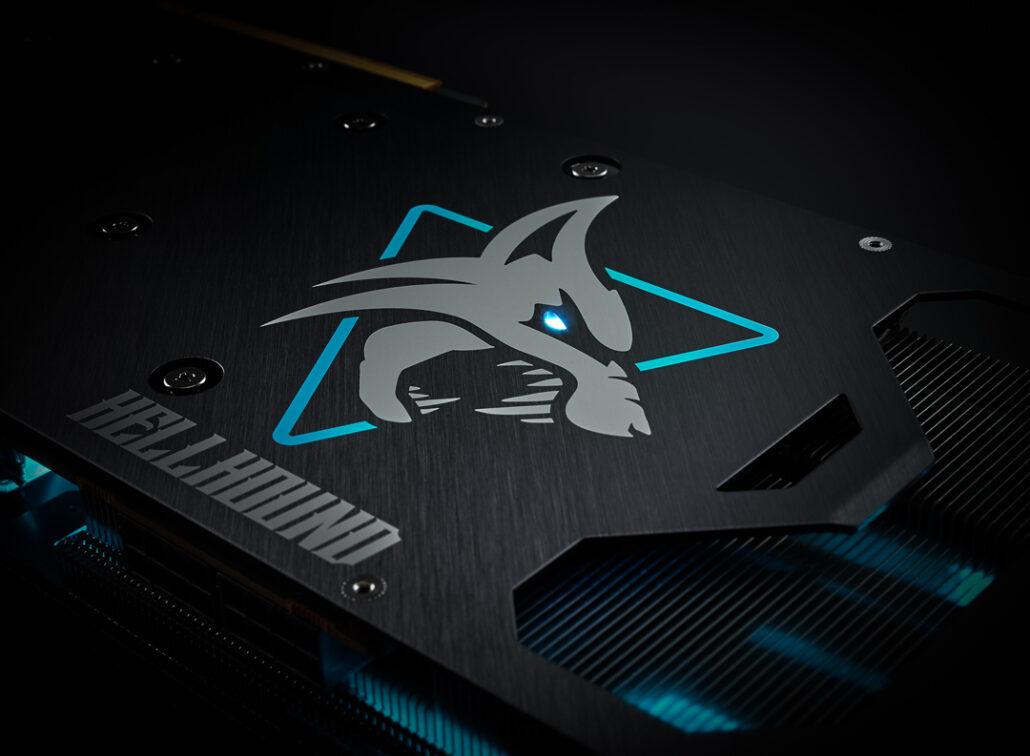 First up, we have to talk about the upcoming PowerColor Hellhound series. The AMD Radeon RX 6700 XT seems to be the first graphics card to receive the Hellhound treatment. The Hellhound lineup has been teased by PowerColor but it looks like they are still waiting to officially intro these cards but they leaked out anyways. The PowerColor Radeon RX 6700 XT Hellhound falls in a tier below the Red Dragon series so it's targetting the mainstream segment. The lineup will be using a very different color scheme than PowerColor's previous red/black offerings.

The Radeon RX 6700 XT Hellhound features a black color shroud and backplate which features a triple-fan solution in a dual-slot chassis. Each fan has a clear acrylic blade texture with blue LEDs embedded within them. The backplate has the Hellhound logo etched right next to the exhaust cut-out since PowerColor is using a cooler that's longer than the length of the PCB. The card is powered by dual 8-pin connectors and features the standard display configuration which includes triple DP 1.4 and a single HDMI 2.1 output.

Sapphire on the other hand will be introducing its Radeon RX 6700 XT graphics cards in both Nitro+ and PULSE series offerings. The Radeon RX 6700 XT Nitro+ from Sapphire is shown to be a massive triple-fan cooled graphics card. Two of the fans feature 9 blades each while the one at the end features 12 fan blades and as such, we can expect them to push lots of airflow towards the central heatsink assembly.

The card features a massive metal backplate and it does extend beyond the length of the PCB. There's a cutout at the backside to let air pass through the aluminum fins. You can also spot an RGB Nitro+ logo which looks great with the whole aesthetics of the card. The card is said to feature a 2.7 slot design and from the looks of it, features a large aluminum heatsink beneath the shroud which features 6 massive heat pipes. We can expect the card to boast a factory overclock and will be powered by an 8+6 pin connector configuration.

The Sapphire Radeon RX 6700 XT Pulse is a more streamlined variant that features a dual-slot and dual-fan cooling design. The fans feature 12 blades and push air towards a central heatsink that is comprised of several aluminum fins and heat pipes. The card also features a backplate and cooler that is longer than the PCB itself. We can see Radeon and Sapphire/Pulse logos on the side and the backplate. The card is also powered by an 8+6 pin connector configuration.

The XFX Radeon RX 6700 XT lineup will be comprised of the Speedster Merc319 and Speedster Qick 319 graphics cards. The card will feature a black color scheme and what seems to be either white or silver texturing around the fans and shroud. The front shroud features a triple-fan design and takes up 3 slots of space.

The Radeon RX 6700 XT Speedster Merc 319 series cards will feature 13 fan blades each on the triple-fans incorporated by the shroud with a ball-bearing design. The main shroud also comes with an aluminum cast to give off a more premium look. A large aluminum backplate acts as a heat spreader on the back while also featuring a cutout to dissipate hot air out of the back of the card.

The GPU and GDDR6 memory is attached to a copper base plate to dissipate heat effectively. The PCB also has a rigid aluminum cast tray which acts as a support bracket and offers extra durability to prevent the PCB from any bending. XFX has a large number of thermal pads over the vital components of the card too. The main differences between the Radeon RX 6700 XT Merc319 and Qick319 graphics card are that the Qick variant is slightly cost-effective and doesn't feature the RGB Lit logo or the more premium shroud design of the Merc variant.

Lastly, we have Gigabyte's Radeon RX 6700 XT AORUS Elite. We have already seen the standard Gigabyte variants but this is the first AORUS model that we have got to lay our eyes on. The RX 6700 XT AORUS Elite comes with a fancy triple-fan and triple-slot cooling solution. The graphics card features a nice black aesthetic and includes RGB LEDs embedded within the frame of the fans which gives off a unique lighting effect. The card is powered by an 8+6 pin connector configuration and has a backplate that extends beyond the PCB.

On the side, you can also spot a nice AORUS logo for the Radeon RX 6700 XT AORUS Elite. The main heatsink looks massive and features large copper heat pipes running through it. As for display outputs, the card features two HDMI 2.1 and 2 DisplayPort 1.4 connectors. Pricing of these cards will vary at launch but we can definitely expect them to cost a massive premium over the reference MSRP of $479 US.