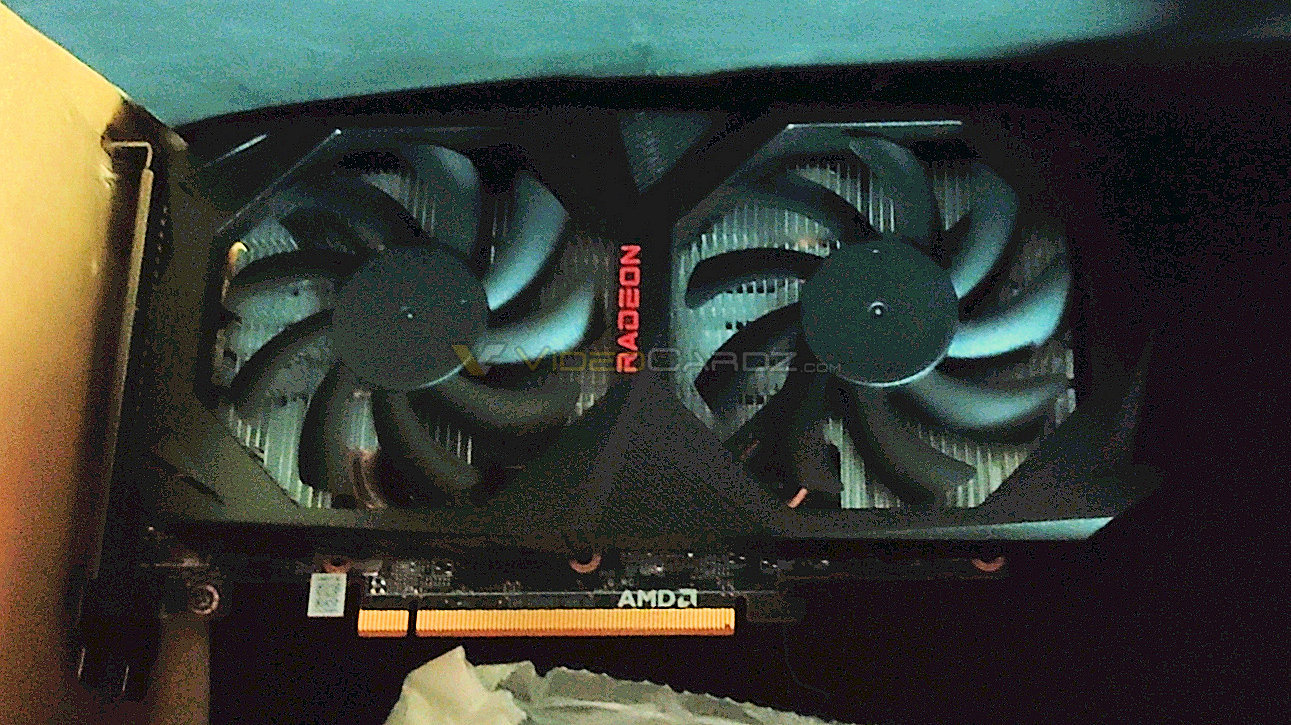 Brand new pictures of the AMD Radeon RX 6600 XT 'Navi 23' graphics card have popped up on Chinese forums as discovered by Videocardz. The images show an OEM or Engineering sample variant of the card and benchmarks for the fastest Navi 23 GPU.

The AMD Radeon RX 6600 XT pictured is a dual-slot and dual-fan solution which looks more like a reference OEM variant than a custom model. The card features the standard 3x DP and 1x HDMI output configuration and is powered by a single 8-pin connector. The PCB on the card also looks like it's a reference build with no backplate and a heatsink that includes a standard aluminum & copper heat pipe design.

The pin speeds will be kept at 16 Gbps which will bring the total bandwidth to 256 GB/s. As per the previous rumors, the card is expected to feature 30 MH/s in the Ethereum mining, and in terms of synthetic performance, the card scores 9439 points in the 3DMark Time Spy graphics test. The AMD Radeon RX 6600 XT graphics card is expected to launch on 11th August along with the Non-XT GPU variant.