Everyone is waiting on the AMD Radeon RX 6600 non-XT since its original rumor several months back. There has been no official launch date, but what we do know is that it is dependent on the Navi 23 XL GPU series, utilizing up to 1792 stream processors, with a possibility of four to eight gigabytes of memory (rumors are more leaning towards 8GB).

We have seen GPU company PowerColor list the particular model series on their company website. But, with September almost upon consumers, we are still in the dark about the AMD Radeon RX 6600 non-XT model.

Enter Igor Wallossek of Igor's Lab to help readers and fans to get a glimpse of how it would perform, albeit with some modification of an AMD Radeon Pro W6600 graphics card. He used the Radeon Pro W6600 because it was the closest configured model out there that has very similar specs to the unreleased GPU. 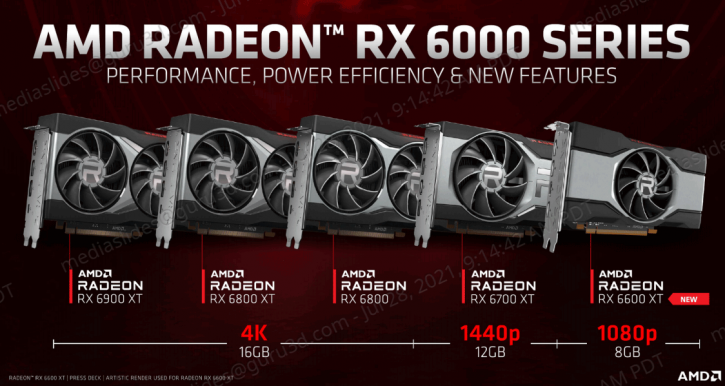 Igor took into account that it is a very strong possibility that the new RX 6600 non-XT would house eight gigabytes of memory. Then, he modified the performance of the Radeon Pro W6600 by overclocking it to simulate what the performance would be like by the unreleased graphics card.

It is to note that this type of tampering is not completely ideal, but it would be the closest information we would get to see what the RX 6600 non-XT would perform in a real situation, and not calculations were done using the specifications that have already leaked to the public. Igor also informs readers that the only things that cannot be altered in this simulation are the TDP ranges and how the clock behaves.

For this study, he was able to simulate a graphics card that 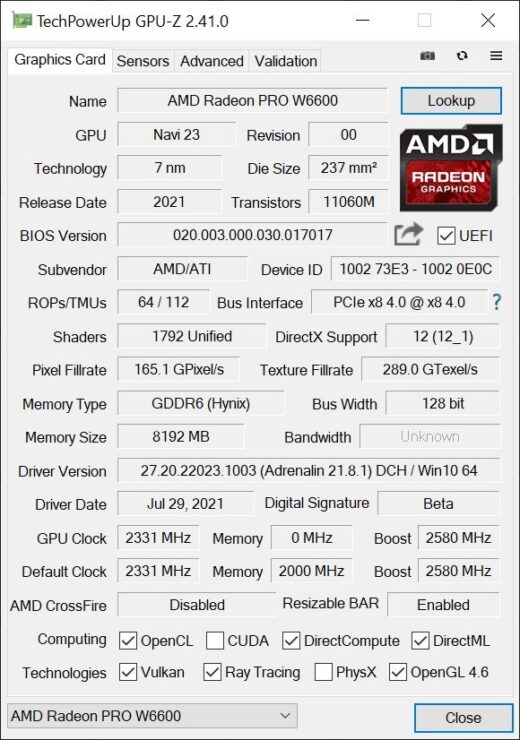 What was also noted was that the consumption level was at 123 watts while gaming, which is a little over a third less power than NVIDIA's GeForce RTX 3060 series. With a screen resolution of 1920x1080p, the simulated card produced four percent less in performance than the NVIDIA model. Also, with the minimized core count and 8 lanes available to the PCI Express 4.0 protocol, it would show signs of struggle at resolutions of 1440p and higher.

There is a speculative price range for the AMD Radeon RX 6600 non-XT—between $300 to $330. This price seems low because it is normally shown with the previous generation's off-brand graphics cards.