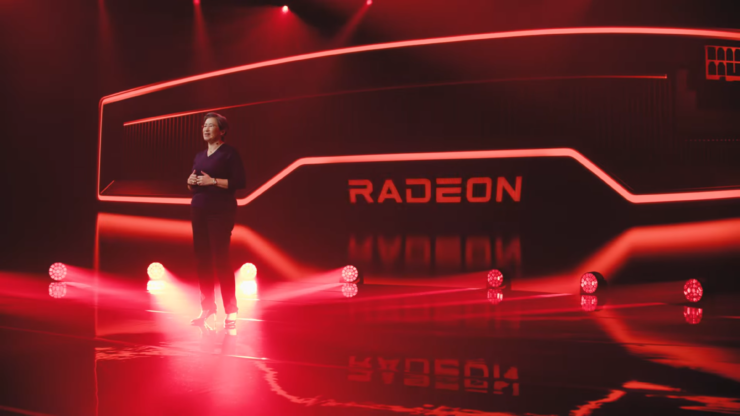 In a series of tweets, veteran tech leaker, Rogame, has uncovered the clock speeds of AMD's Navi 21 "Big Navi" GPUs which go on to power the top of the line Radeon RX 6000 series graphics cards. As per Rog Game, the Navi 21 XT and Navi 21 XL will have clock speeds up to 2.4 GHz which is also something that was reported yesterday.

The AMD Navi 21 GPU which is going to be the "Big Navi" chip will have several variants. We know from previous leaks that the Navi 21 SKU lineup includes the Navi 21 XTX, Navi 21 XT, Navi 21 XL & Navi 21 XLE. The graphics card that AMD teased at its Zen 3 announcement was most likely based on the Navi 21 XT die and will be referred to as the Radeon RX 6900 XT. Yesterday, it was reported that the Navi 21 XT GPU will feature insane clocks of 2.4 GHz and a TGP of 255W. Rogame gives us an even better insight on what to expect from Navi 21 SKUs in regards to their clock frequencies.

Similar statements were provided by Videocardz whose sources at AIBs reveal that the Navi 21 XL will have peak clock speeds around 2.2 GHz, similar to what's stated by Rogame. It is likely that the red team will artificially lock the clock speeds but reference samples are said to feature around 2.3 GHz peak clocks with AIB models hitting the 2.4 GHz clocks out of the box.

As per Rogame, the Navi 21 GPU currently has the following SKUs:

The AMD Navi 21 XTX and XLE variants are currently unknown and the former is said to be an AMD exclusive variant. There are rumors that the Navi 21 XTX can feature a higher number of cores than the Navi 21 XT GPU which peaks out at 5120 stream processors or 80 CUs (Compute Units) but that remains to be seen. The XTX variant could be a special binned variant that AMD can market as the highest performing Big Navi Radeon RX 6000 series graphics card. Previously, the highest-end SKUs have received more premium designs such as AIO coolings and we can see a return of that on the XTX variant.

- Max. TGP of Navi 21 XT is 290 W.
- AIB partners are testing different TGP for their cards.
- The ~2.4 GHz was achieved with an AIB partner card. So assume that the card was slightly overclocked.

Patrick Schur has also reported that while the 255W TGP is mostly close to the reference spec, the max TGP is suggested around 290W. AIB models will feature different TGP's based on their cooling and board designs. Patrick also reaffirms that the 2.4 GHz Game clock was achieved by an AIB card so it could've been slightly overclocked outside its factory overclocked specs.

As for the Navi 21 XT and XL graphics card, these cards are said to feature 16 GB and 12 GB GDDR6 memory capacities. The bus interface for the 16 GB variant is 256-bit as per the leaked PCB but can change in the final variant. There are also reports of Infinity Cache being one of the big features on Navi 21 GPUs, offering higher bandwidth figures to boost high-res gaming performance. These are the specifications that we know so far but expect more leaks to occur in the coming days prior to the unveiling itself.