AMD has given us a hint at what they are going to be presenting at their Capsaicin event today at GDC 2016. From the looks of it, AMD's event will put a main focus towards the VR market which is the key topic to be discussed by all developers this year at GDC and AMD will be showcasing new technologies and hardware that will help them secure lead in this key sector of the consumer driven tech industry. AMD will be presenting one of their Polaris GPUs known as Polaris 10 which will be demoed in the latest SteamVR benchmark from Valve. The event will be livestreamed here at 4:00 PM (PST). 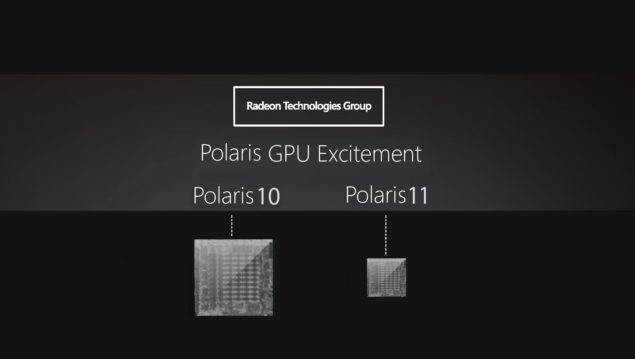 From the looks of it, AMD has a couple of demos to showcase along with a few announcements. The stage will be set with a range of VR experiences from guests which will include the likes of Crytek, HTC, Valve, Oculus and many more. In terms of announcements, well AMD will be presenting new hardware and software innovations and aside from Polaris, AMD is expected to announce their fastest graphics card yet, the Radeon Pro Duo which utilizes two Fiji cores to offer developers up to 16 TFLOPs of compute performance and to gamers, this card can handle 4K and VR with ease.

Following is a statement from the press release:

All new GCN 4.0 architecture to be deployed in Polaris GPUs including the Polaris 10

From the looks of it, Polaris 10 is the a high-end GPU while Polaris 11 is the same GPU which was previously demonstrated at CES 2016 and was shown to offer competitive performance per watt numbers against an entry level, 28nm Maxwell based GeForce graphics card from NVIDIA (GTX 950). While Polaris 11 has been alleged to be a entry level GPU, the Polaris 10 chip will be the bigger of the two siblings and will be used to show AMD's efficiency improvement using the latest 14nm FinFET process and the new GCN 4.0 GPU enhancements. The new GPU is expected to launch in mid-2016 which will mark the arrival of Polaris on note books first and followed shortly by desktop products.

Just to give you a recap of the CES 2016 demo, AMD unveiled to the public that their Polaris 11 GPU provided a steady 60 FPS in Star Wars: Battlefront at 1080P resolution. The competing chip which was based on NVIDIA's 28nm Maxwell architecture also delivered the same frame rate at the same settings. The difference was that the NVIDIA system consumed 140W while the AMD system consumed only 84W which is a massive difference.

While it's a huge difference and a capable entry level GPU with great performance efficiency, NVIDIA has since updated their GTX 950 board to get the same performance out of a pin-less board and now rated at up to 75W parts compared to 90W. Neither does that mean that AMD is so far done with their efficiency improvements as they can manage to churn out even more performance until the product launches.

It will be really interesting to see how good the Polaris 10 GPU is able to perform in Steam's VR benchmark as it requires a minimum of either GeForce GTX 970 or a Radeon R9 290 graphics card to provide a good experience. A low-power and entry level solution that could deliver the same performance will be quite amazing, not just for gamers but the VR industry itself as it would allow PC builders to have VR ready PCs that won't require one dishing out more than $350 US for a beefy graphics card.

Aside from the hardware announcements, AMD is also launching their own initiative to VR Ready gaming PCs which could be taken as a rival to the GeForce GTX VR Ready Program from NVIDIA. AMD calls their counter-part, the "VR Ready Premium" solutions which will deliver systems optimized for VR and equipped with the R9 290 or higher class graphics cards which will be compatible with HTC's Vive and Oculus's Rift HMD (Head mounted displays). Both HMDs retail for $799 and $599 respectively. 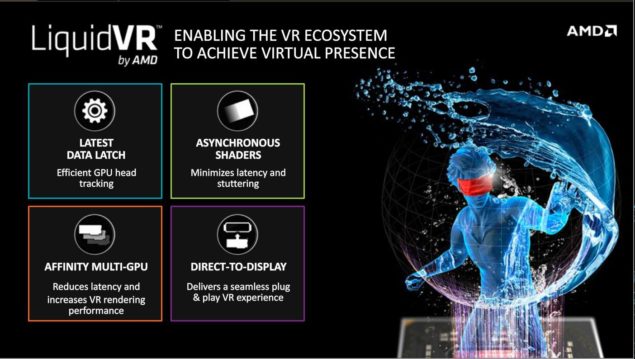 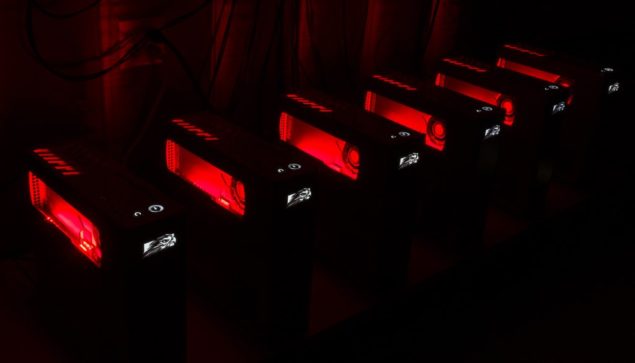 That's about it from the press release, you can see the remaining notes below. It should be noted that the Polaris 10 demo and Radeon Pro Duo announcements are confirmed and we will see the new initiatives and technologies being announced at the Capsaicin demo at 4:00 PM (Pacific Time).

Another product that AMD has introduced today is their Sulon Q VR and AR wirless headset. The new headset aims to deliver the first and only all-in-one, tether-free, “wear and play” spatially-aware VR experience. The VR headset is actually both a HMD and an entire PC built inside it that uses Windows 10 operating system and gets powered by AMD's latest Carrizo "FX-8800P" processor. The whole unit is a self contained package that comes with the CPU, 8 GB system memory and a 256-GB SSD.

Console-quality graphics and powerful processing – The Sulon Q headset harnesses the latest in processor technology using the recently launched AMD FX-8800P processor at up to 35W with Radeon R7 Graphicsleveraging AMD’s Graphics Core Next architecture. The full performance of 4 compute cores and 8 GPU cores are unlocked through a revolutionary Heterogeneous System Architecture (HSA), enabling the cores to share memory to work together for dramatic performance and efficiency. The result is a solution that is optimized for modern workloads and media formats, capable of driving the latest graphics APIs including DirectX 12 and Vulkan, and able to render stunning videogame console-quality visuals on a beautiful 2560x1440 OLED display. The Sulon Q™ headset also integrates AMD’s LiquidVR technologies to help ensure smooth and responsive VR and AR experiences.

What's more exciting is that it has a 2560x1440 display that uses OLED technology with a 110 degree field of view to deliver a seamless VR experience. Since it uses the FX-8800P which is a full fledged SOC operating at 35W, the HMD will use the Radeon R7 graphics chip to render visuals. AMD is going to present more details about the Sulon Q VR / AR headset later at today's event.

FRANCISCO, CA — (Marketwired) — 03/14/16 — AMD (NASDAQ:AMD) announced today at the 2016 Game Developer Conference that the company will underscore its dominance of the global virtual reality systems market. It revealed new advances in hardware and software to further the reach of VR, and unveiled its new GPU certified program that simplifies adoption of VR technology for consumers and content creators.

“AMD continues to be a driving force in virtual reality,” said Raja Koduri, senior vice president and chief architect, Radeon Technologies Group, AMD. “We’re bringing the technology to more people around the world through our efforts to expand the VR ecosystem with VR i-Cafés in China, new Oculus Rift and HTC Vive headsets, and a wide variety of content partners in gaming, entertainment, education, science, medicine, journalism and several other exciting fields.”