AMD has just announced that they will be hosting their "Capsaicin" live webcast at GDC to showcase the latest innovations from the Radeon Technology Group. AMD has been talking about spicing things up at GDC as Chris Hook who serves as the marketing director at AMD tweeted on his profile that they will preview some very hot and spicy new innovations at this year's GDC. 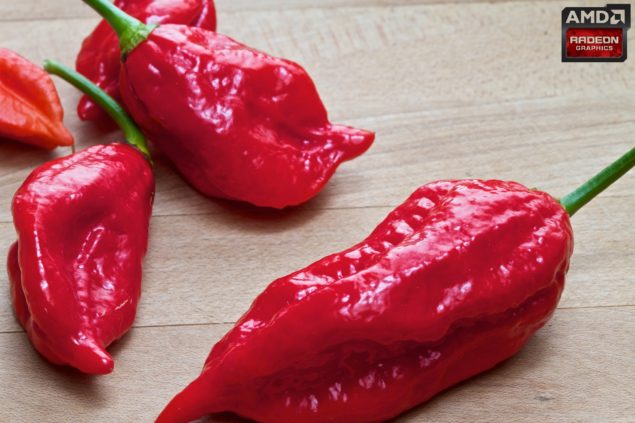 The annual Games Developer Conference allows developers and companies to showcase their latest products and innovations for the gaming industry. Game developers focus their talks on how they handle development processes for their latest titles and how they optimize the games presentation for consoles and PCs alike. The GDC event has also provided a space to hardware companies to showcase how their own products help games and PC gaming advance in general. Not only do hardware companies use GDC to showcase their software side improvements but we have seen the event to become a great place for companies to launch new products.

Last year, AMD announced their latest LiquidVR software program for Radeon graphics cards. NVIDIA used the event to unveil their insanely fast (and expensive) GeForce GTX Titan X graphics card. This year, both graphics makers will be at it again, showcasing their latest products, in hardware and software form. AMD has revealed that they will be indeed by showcasing a lot of stuff at their exclusive live webcast titled as "Capsaicin". From the press release which you can read below, it definitely seems like AMD is up to something big, showcasing both hardware and software side advances. The company states that not only will the have some demos for GCN from industry veterans, but will also preview new silicon and software advancements. 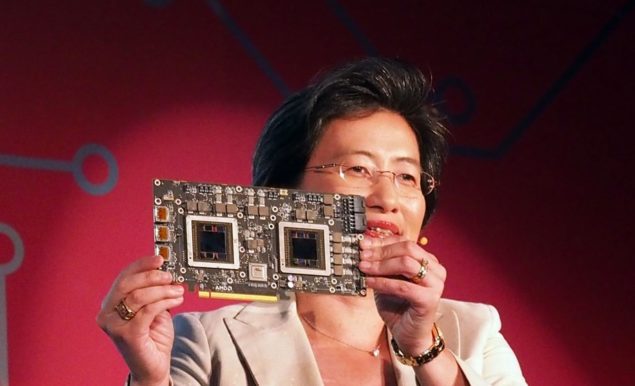 New silicon looks like AMD is referring to Polaris since the last new silicon that was launched by AMD was their Fiji graphics card and that's just about a year old now (9 months to be exact). But that won't be it, AMD has both HTC and Oculus at their event too so this could mean AMD is going to launch their Fury X2 graphics card at GDC 2016 which was specifically delayed to align with the VR market. Knowing that both HTC and Oculus have announced their VR HMD (head mounted displays), now might be the best time for AMD to reveal their fastest dual-chip graphics card.

AMD has already been showcasing several VR-Ready gaming PCs which will be shipping to developers. A Fury X2 was reported to feature as much as 12 TFLOPs of compute performance (Single Precision). It might turn out as a very capable graphics card not only for gamers but developers too who need to create next generation VR experiences from currently available hardware.

Named after the compound that delivers a pepper's spicy kick, "Capsaicin" will explore the inner essence of the graphics processing unit (GPU) and how it powers innovations in gaming and virtual reality. The webcast will feature an inside look at the latest technological advancements affecting the enthusiast and developer communities as they approach the burgeoning virtual reality market.

It will be really interesting to see what AMD showcases at the GDC as new details on Polaris GPU are much awaited from the Radeon fans. Aside from the hardware based announcements, you can also check the following list of software side innovations and updates which AMD is going to talk about at GDC 2016.

The presentation will include useful insights gained while developing the first wave of Vulkan™ & DirectX®12 titles. Vulkan™ and DirectX®12 are new, low-level APIs which require developers to think about graphics in a new way. In many cases game engines need to be restructured to take advantage of low-level parallel submission, asynchronous execution and new state & resource handling features provided by the API.

This session will provide insight in to AMD’s vision of VR for tomorrow while reflecting on the advancements since LiquidVR’s announcement at GDC2015. LiquidVR™ provides a Direct3D 11 based interface for applications to get access to the following GPU features regardless of whether a VR device is installed on a system: Asynchronous Shaders, Multi-GPU-Affinity, Late-Latch, GPU-to-GPU Resource Copies. LiquidVR™ also contains a Direct-to-Display interface that is not application-accessible.

FireRays is a GPU intersection acceleration library with support for heterogeneous systems. FireRender technology is a state of the art, physically-based rendering engine enabling interactive workflows for the production of photorealistic images on heterogeneous computing systems. This session will review how those APIs can be used in a content creation pipeline to accelerate pre-visualization, content creation or new algorithms based on ray tracing in real time.