It's that time again, time for a big update from AMD Radeon with the latest Radeon Software Adrenalin Edition 21.4.1 that comes with some great quality of life improvements for Radeon users. One quick mention right up front is there is no inclusion of Radeon FidelityFX Super Resolution so if you were hoping this was the time for it to shine then you're going to have to wait still, however, Radeon Boost VRS is quite a huge addition from where I stand.

AMD has made a habit of release very large updates in the past with the near-annual release of a massive update to their software suite with solid intervals between delivering more Day Zero drivers than ever in the past and the latest 21.4.1 driver is enhancing many of those features as well as bringing some new changes to the table.

One of the most common complaints I've had from friends when talking to them about their experience with Radeon cards is that a lot of them really just wanted to install 'just the driver' and didn't really want the extra because they got lost looking for simple things. Well, it appears the team over at AMD listened to that and allows for a highly controlled installation option now where you can go from very minimal with nothing more than the display driver all the way up to every single bell and whistle!

For a lot of people out there this will be a very welcome feature for controlling installation sizes as well as setting up much easier to navigate and control systems for novice users who are getting familiar with the PC ecosystem and can ease into the more complex options as they'll still be able to add them later.

But for those expert users who are ready to jump into the world of streaming, you'll be greeted by an updated and improved streaming and recording user interface. I am not a particularly good streamer so I tend to avoid these but I do know some folks who will be particularly interested to get their hands on these updates as they stream from an AMD-powered system and use the built-in streaming software. 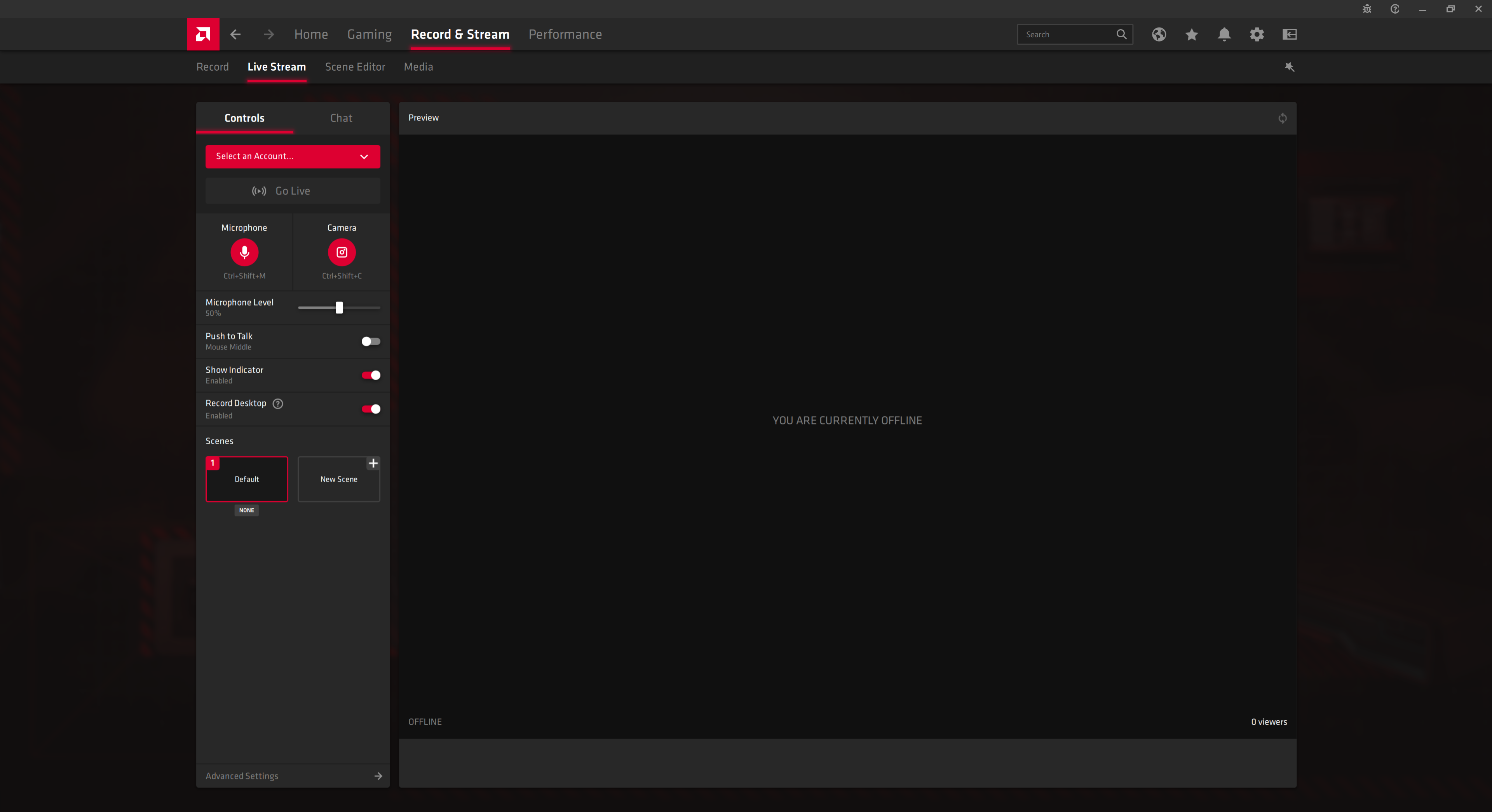 Performance monitoring in Radeon Software is nothing new as it's been around for quite a while and is a very nice feature to have bundled right in, negating the need for additional 3rd party software to be running all the time. But what is new is the ability to pair in Ryzen CPU monitoring as well, now that's what I'm talking about!

This is a clever way for AMD to offer their users a total experience package when they decide to build a system around all of their hardware. Creating a cohesive ecosystem like this is a really good move for them as a company and I can see the appeal from a builders standpoint and an end-user as it keeps everything quite streamlined.

AMD Link 4.0 is now here and brings with it a lot of really good updates. Wait, you aren't familiar with AMD Link? Think of it as hosting your very own cloud-based gaming service. Of course, because of that you're going to have to be mindful of your home network connection and that you'll be using your own electricity and bandwidth to keep this service alive.

I've used AMD Link in the past and found it a mostly enjoyable experience except for one key aspect, it ONLY worked on Android or iOS devices which was a bummer because this would have been killer to set up in your own home on a small HTPC for in-home streaming since I found it much better than Steam Link. The good news, it now runs on Windows. So if you've got a weakling little laptop you can get access to your home-built brute to power your gaming on the go so long as you have a good enough connection. It also lets you control your computer when away from it, this could be quite useful for those who are away from their desk but still need to access things quickly.

AMD went a step further with it and now offers it on AndroidTV and AppleTV which basically can turn your ho-hum media streamer into a powerful next-gen gaming console, sort of. All of these are absolute solid choices and executions that were made and with the ability to adjust the quality on the fly my experience with AMD Link 4.0 has been overwhelmingly positive. Now to find out how to explain all that data use on my day job's 5G hotspot...

AMD Radeon Boost has been a rather interesting technique that AMD has used previously to boost performance in gaming while moving. Long and short of it you enable the feature and set a minimal render resolution for the game to hit, move the camera and the game dynamically adjusts the render resolution on the fly, this keeps the game from dropping performance while quick movements are happening on the screen. But, it's been noticeable when dropping frames and jarring to some (especially when Motion Blur is disabled as it normally masks a lot of it). Never fear! There has been an absolute stellar update to the Boost algorithm and with the RX 6000 Series, there is now Radeon Boost VRS.

Radeon Boost VRS takes advantage of the Variable Rate Shading that is capable with DX12 Ultimate, so don't expect to see this one pop up with older game support. Taking advantage of Variable Rate Shading Boost VRS is able to dynamically adjust from the edge inward on the screen dropping the resolution on the areas you're less likely to be focused on while maintaining a sharp native image on the region your eyes will be locked to. This keeps the perception of resolution dropping from happening. A huge boon for Radeon Boost, now to see if it gets put in more titles. 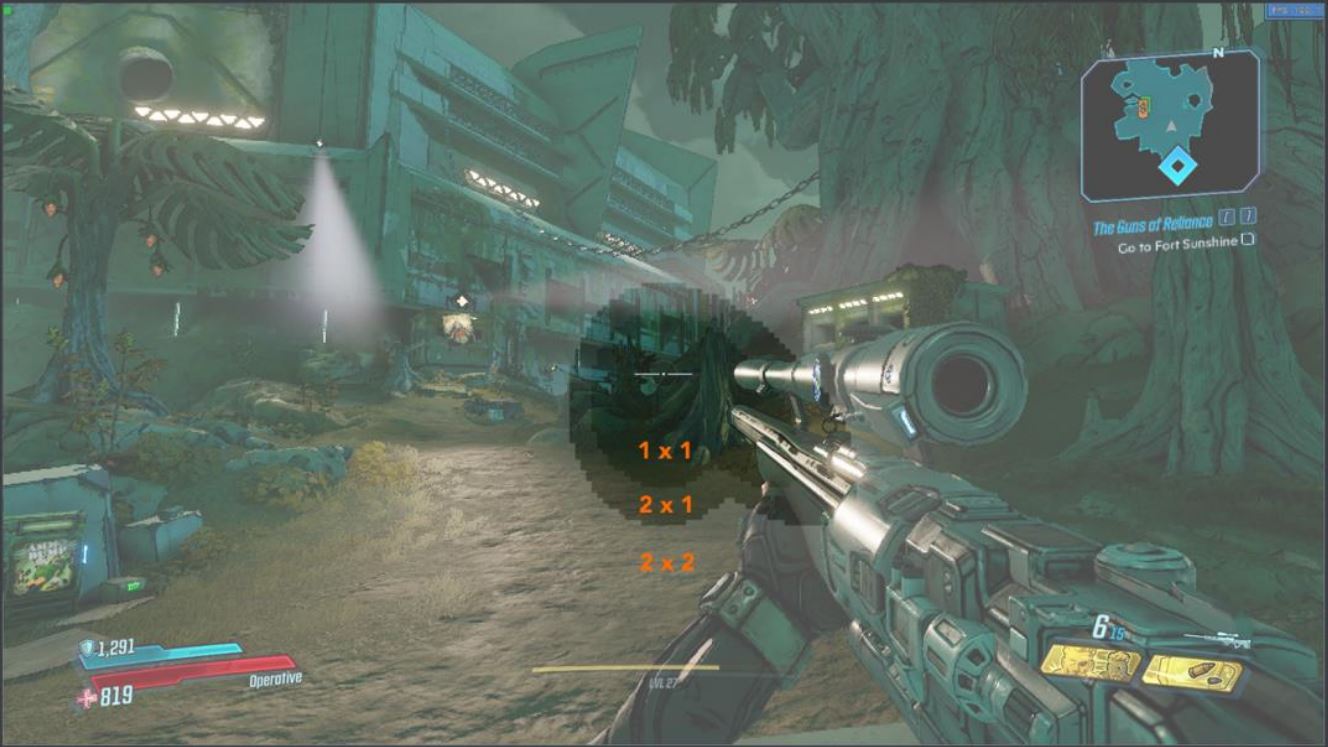 Seriously, if you're a user of either the Radeon RX 5000 Series or RX 6000 Series I suggest getting on this Radeon Software Adrenalin 21.4.1 update as quickly as you can, it's free after all, it's just a driver update but so much more. For those who have been wanting that minimal install, you get it. For those wanting more streaming features, you get it. For those who wanted FidelityFX Super Resolution, you get to wait. Hopefully, an update on that one comes sooner rather than later.