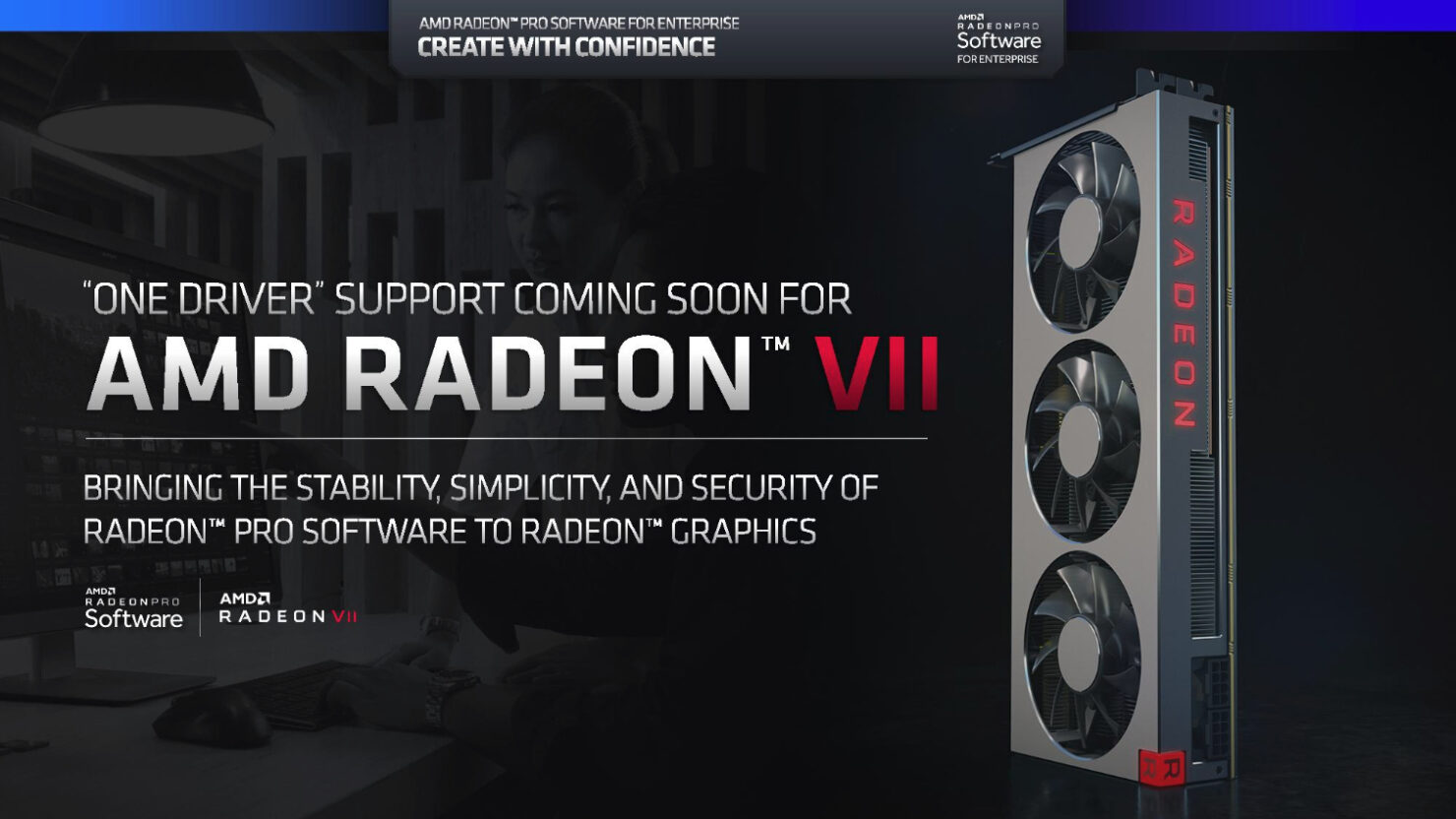 AMD's recently released Radeon VII graphics card will soon be getting support in the Radeon Pro software stack, making full use of its compute prowess. The AMD Radeon VII graphics card comes with the second generation Vega architecture based on the 7nm process node and as such, has a lot of potential for the enterprise and prosumer markets which AMD wants their users to make full use of with the upcoming release of Radeon Pro Software for Enterprise.

Today, AMD releases their latest Radeon Pro Software Enterprise Edition 19.Q1 drivers which offer various performance enhancements and fixes. AMD has shown year over year improvements with their Radeon Pro graphics cards whether it be graphics, rendering or RealView tests. In addition to that, the new drivers come with Radeon Pro Image Boost technology which enhances the overall quality of images, offering more detailed and vivid results compared to normal images without the feature. 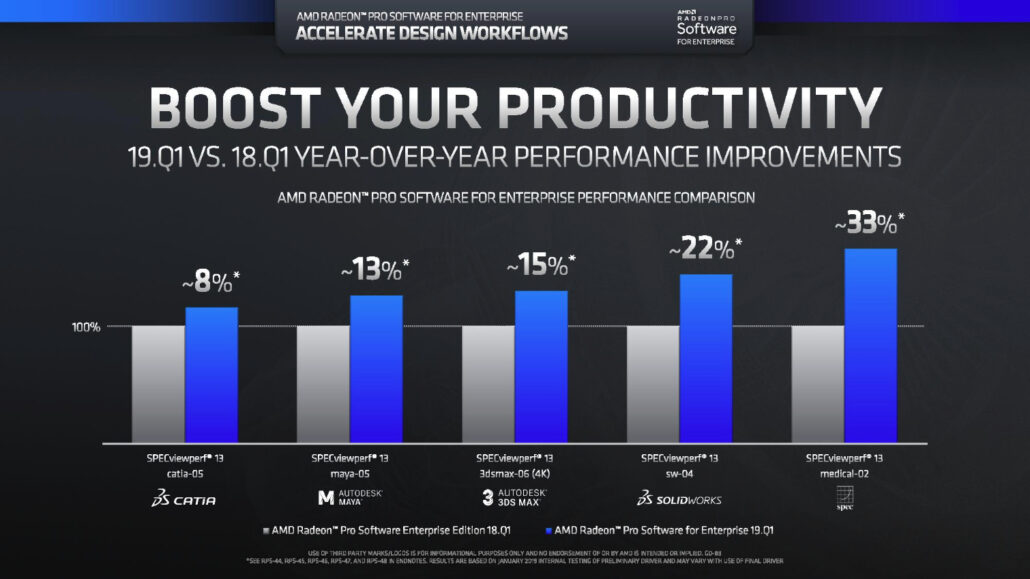 The main highlight of the driver is the "One Driver" feature. This allows many of AMD's consumer Radeon cards, including the recently released Radeon VII, to be compatible with the Radeon Pro software stack. Features such as commercial software support, stability, commercial application performance, standard feature set, and enterprise security features will all be available with the consumer end cards. The more workstation oriented features would, however, be kept exclusive to the Radeon Pro graphics card lineup.

The Radeon VII graphics card was created for gamers and creators, enthusiasts and early adopters. Given the broader market Radeon VII is targeting, we were considering different levels of FP64 performance.

We previously communicated that Radeon VII provides 0.88 TFLOPS (DP=1/16 SP). However based on customer interest and feedback we wanted to let you know that we have decided to increase double precision compute performance to 3.52 TFLOPS (DP=1/4SP).  If you looked at FP64 performance in your testing, you may have seen this performance increase as the VBIOS and press drivers we shared with reviewers were pre-release test drivers that had these values already set. In addition, we have updated other numbers to reflect the achievable peak frequency in calculating Radeon VII performance as noted in the below chart.

It's impressive that the Radeon VII is getting some if not full Radeon Pro Software support. It comes with a lot of FP64 (Double Precision Floating Point Operations) performance rated at 3.5 TFLOPs. It was confirmed by AMD that due to the broad market nature of the Radeon VII graphics card, they decided to increases the double precision performance to 1/4 SP compared to 1/16 SP of before.

You can download the drivers from the following links: 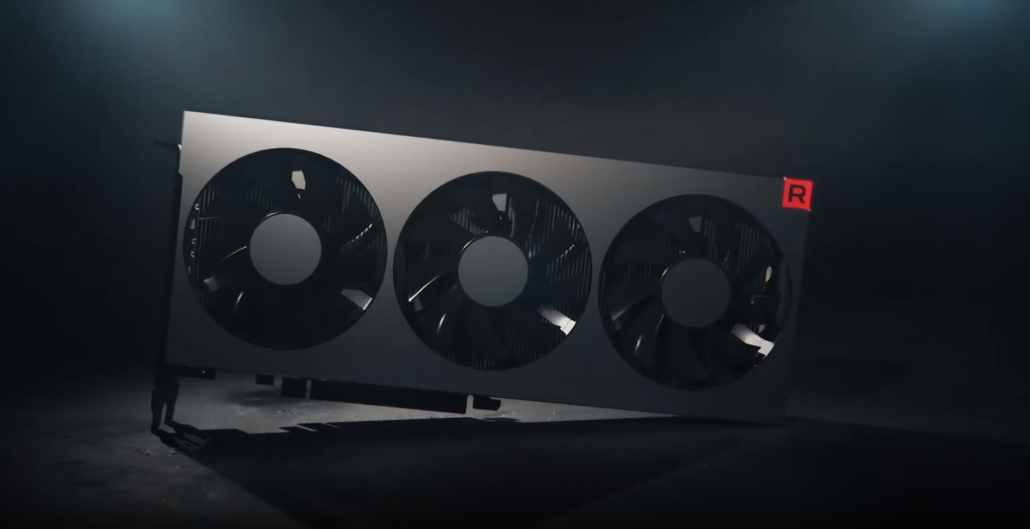