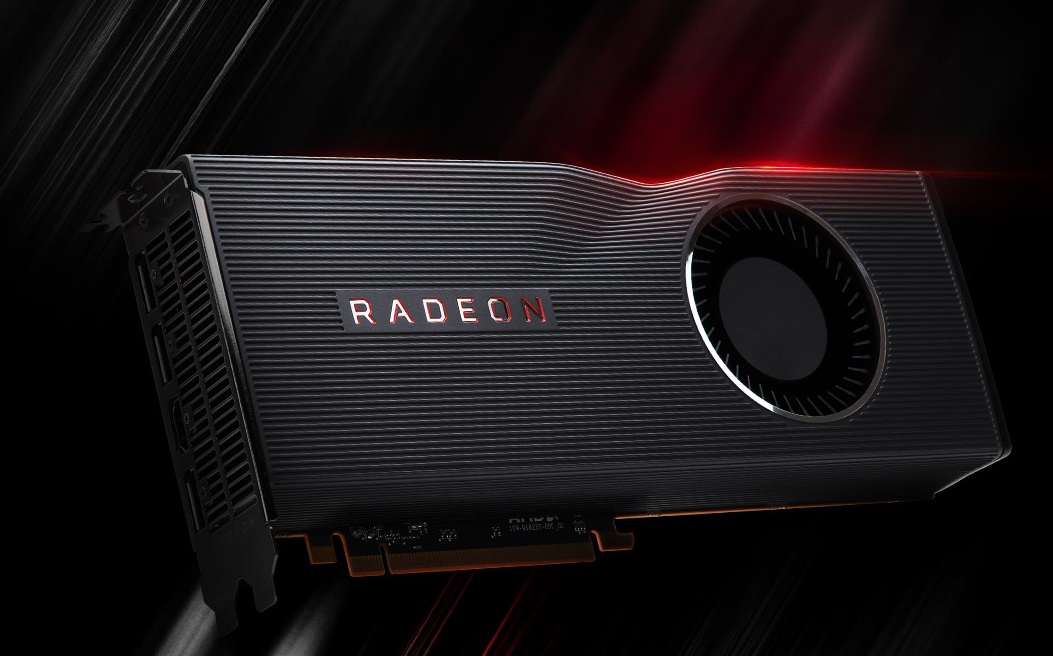 AMD's Navi 22 GPU based on the RDNA 2 graphics architecture has been spotted in the latest Linux patches by Komachi (via Videocardz). The Navi 22 GPU is part of the next-generation RNDA 2 lineup which is expected to feature at least three new GPUs and several variants based on those chips for use in Radeon RX & Radeon Pro series discrete graphics designs.

The first product based on the AMD RDNA 2 graphics architecture is expected to arrive either by the end of Q3 or early Q4 this year. There are three products that AMD has so far confirmed with RDNA 2 architecture for this year, these include the highly anticipated 'Big Navi' GPU which is said to utilize the Navi 21 GPU core then there's two custom designs which will go on to power the new consoles from Microsoft (Xbox Series X) and Sony (PlayStation 5).

The AMD Navi 21 and Navi 23 GPU have already been spotted previously but the Navi 22 GPU is an interesting one. The chip has now been spotted within the latest Linux patches which are reported first by Coelacanth-dream. Over at the blog, it is reported that the first set of Linux Kernel patches has been spotted that add support for AMD's next-generation RNDA 2 GPU which is codenamed Navy Flounder. 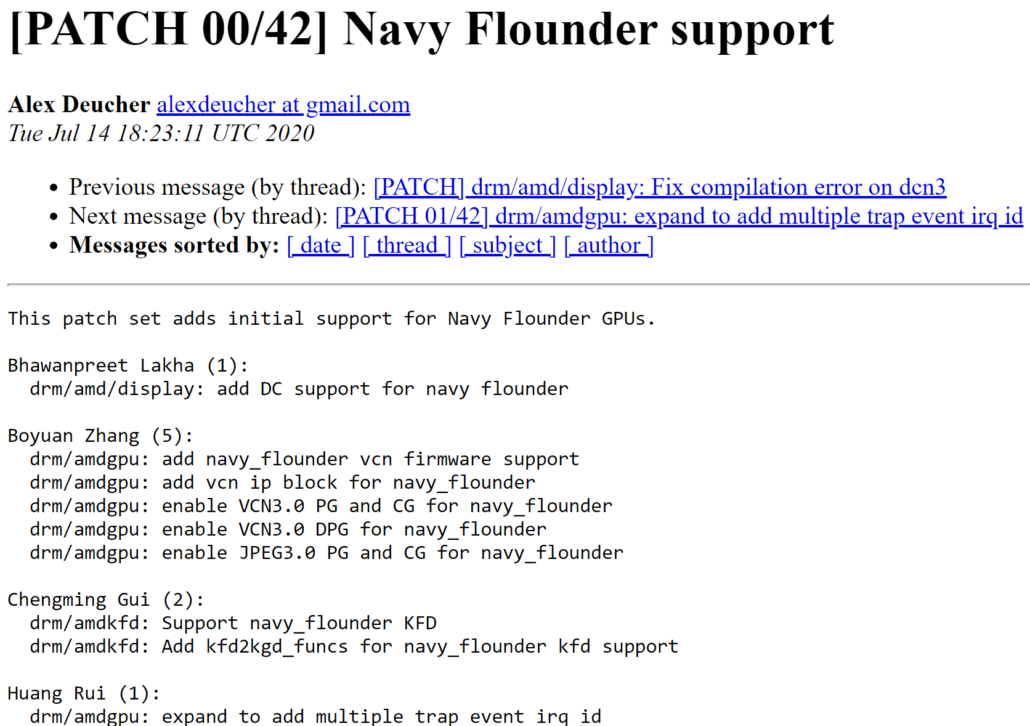 Videocardz has an excellent table for the majority of Navi GPUs which can be seen below:

It seems like AMD has become more fond of fish codenames for its RDNA 2 GPUs but we know that these codenames are just for internal use as stated for the Arcturus GPU which features a revised Vega graphics core based on the new CDNA design for HPC. AMD still sticks with star codenames for its GPU lineup which is evident by the use of Navi for three generations of GPUs (Navi 1X, Navi 2X, Navi 3X).

The AMD Navi 22 GPU detailed block diagram has once again been posted by Locuza over at AMD's subreddit. (Image Credits: u/Locuza)

The blog also reports some major design changes for the Navi 22 'Navy Flounder' GPU compared to Navi 21 'Sienna Cichlid' GPU. The use of VCN 3.0 (Video Core Next) and DCN 3.0 (Display Core Next) reaffirm that this is an RDNA 2 GPU but there's supporting evidence that Navi 22 is a lower-tier chip compared to Navi 21. For starters, the Navi 22 GPU only features one instance of VC3 vs two on Navi 21. Also, the SDMA controllers have dropped to two compared to four on the Navi 21 GPU.

There's also an assumption made that since Navi 22 would be the direct follow-up to the Navi 12 GPU, it could primarily be targeted at the Apple Mac. The Navi 12 GPU powered Radeon RX 5600M is the first and only RDNA 1 graphics chip to make use of the HBM2 memory design and featured on the Radeon Pro product lineup. It is also used primarily for Apple Mac and hasn't launched in the desktop space. AMD can take the same route with the Navi 22 GPU but since the Linux patch mentions 'Navy Flounders' GPUs, we could get to see a consumer release too and not a purely Apple-exclusive launch this time around.

Previous rumors have also suggested a die size of around 340mm2 for the Navi 22 GPU but that's purely speculation at this point. We still have no real details and actual specifications for AMD's RDNA 2 consumer desktop graphics cards. The expected die sizes of these three GPUs are also listed below: