AMD seems to be readying several Radeon RX graphics cards based on its next-generation Navi 2X (RDNA 2) and Navi 10 Refresh (RDNA 1) GPUs. In an exclusive post featured on his new tech portal, Rogame, has detailed several Navi GPU SKUs which will be powering all the way from Radeon RX to Radeon Pro series graphics cards.

As AMD had hinted, the upcoming Radeon RX graphics cards will be split between two different GPU architectures. We will have the next-generation RDNA 2 based Navi lineup and also existing RDNA 1 based parts which will be offered as a refresh to the existing Radeon RX 5000 series cards.

Once again, with Navi 2X, the primary focus is on the Navi 21 chip which is also referred to as the 'Big Navi' GPU. The Navi 21 GPU is expected to power AMD's enthusiast and flagship offerings that would tackle existing flagships from NVIDIA such as the GeForce RTX 2080 Ti and the GeForce RTX 2080 SUPER while also challenging NVIDIA's next-generation GeForce lineup based on the Ampere GPU architecture.

According to the leak, AMD is planning at least four variants of the Navi 21 GPU which will go on to power the enthusiast Radeon RX graphics cards. The information is derived from the PCI IDs of the GPUs which have leaked out. Following are the four SKUs as revealed by Rogame:

In addition to the gaming graphics cards, there are also two Radeon Pro variants which will also be based on the Navi 21 GPU design. Following are the SKUs for the Radeon Pro lineup based on the RDNA 2 GPU architecture:

In addition to Navi 21 GPU, there are also several PCI IDs spotted for the AMD Navi 22 and Navi 23 GPUs which although smaller than the Navi 21 chip, are still around as big in die area as the Navi 10 GPU. Following are the device IDs for these GPUs: 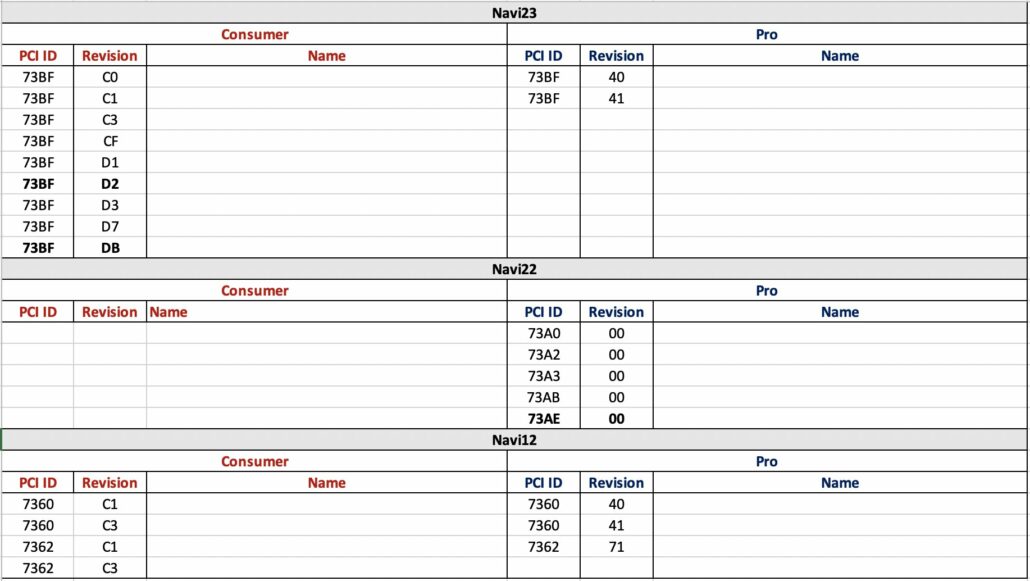 Finally, we have a word on the Navi 10 refresh lineup which will still rely on the RDNA 1 architecture but feature key optimizations with a refined process node to deliver better performance than the existing Radeon RX 5000 series graphics cards. There are at least three Navi 10 Refresh SKUs in the works which include:

Since reports suggest that Big Navi 'Navi 21' GPU will be the first RDNA 2 chip given to the gaming market, it is likely that a Navi 10 refresh could keep things interesting in mainstream segment until AMD launches its RDNA 2 powered mainstream lineup with the Navi 22 and Navi 23 GPUs. We can definitely expect much lower price points than existing Radeon RX 5000 series cards for the refreshed parts so the added performance would be a bonus. The expected die sizes of these three GPUs are also listed below: 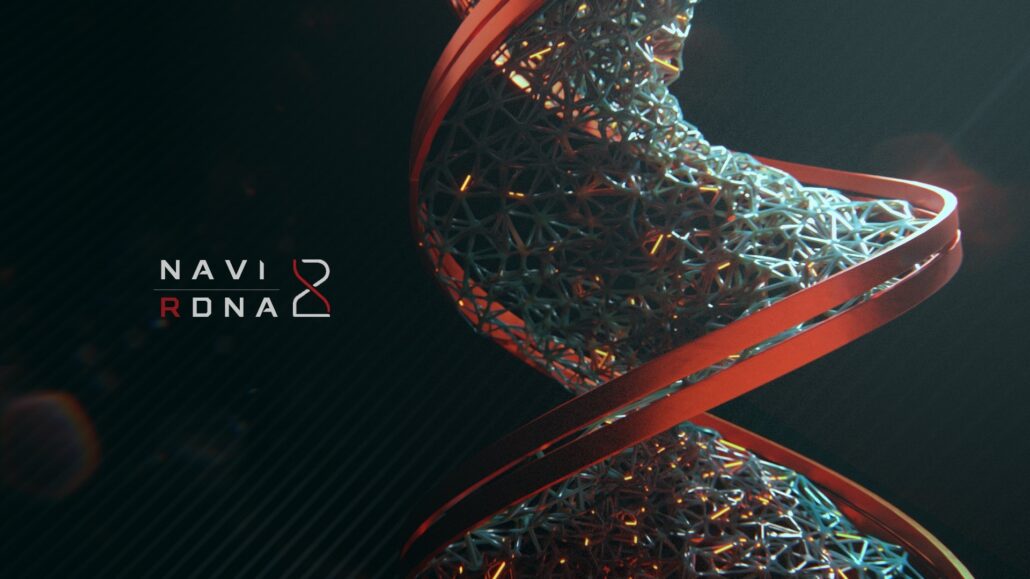