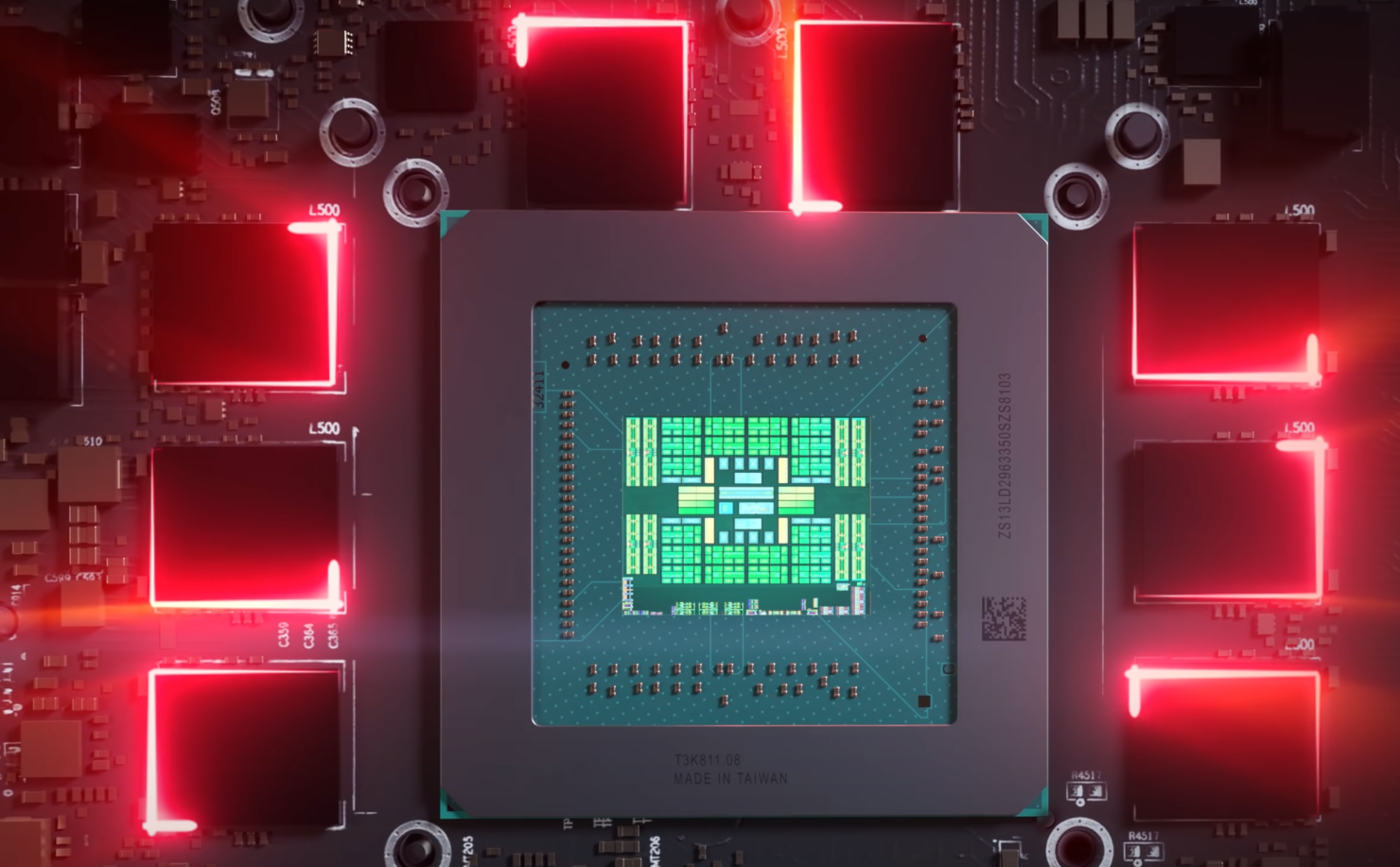 AMD's Navi 22 "Navy Flounder" GPU has been spotted in the latest ROCm 3.8 update, revealing the specifications of the chip that would go on to power the Radeon RX 6800 or RX 6700 series graphics cards.

As per the details spotted by Reddit user, Stlbr (via Videocardz & TUM_APISAK), it looks like we now know what the Navi 22 GPU has to offer in terms of specifications. As per the details, AMD's Navy Flounder or Navi 22 GPU is expected to feature 40 Compute Units. If AMD keeps the same stream processor count on its RDNA 2 generation of GPUs as the RDNA 1 lineup (which is 64 stream processors per CU), we get 2560 cores in total for the Navi 22 GPU.

Some major design changes for the Navi 22 'Navy Flounder' GPU are also reported compared to Navi 21 'Sienna Cichlid' GPU. The use of VCN 3.0 (Video Core Next) and DCN 3.0 (Display Core Next) reaffirm that this is an RDNA 2 GPU but there's supporting evidence that Navi 22 is a lower-tier chip compared to Navi 21. For starters, the Navi 22 GPU only features one instance of VC3 vs two on Navi 21. Also, the SDMA controllers have dropped to two compared to four on the Navi 21 GPU.

Previous rumors have also suggested a die size of around 340mm2 for the Navi 22 GPU but that's purely speculation at this point. We still have no real details and actual specifications for AMD's RDNA 2 consumer desktop graphics cards. The expected die sizes of these three GPUs are also listed below: