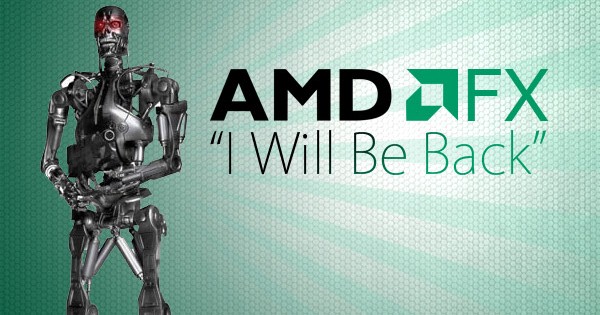 “At E3 this week, AMD demonstrated why it is at the core of gaming,” said Bernd Lienhard, corporate vice president and general manager, Client Products Division at AMD. “The new FX 5 GHz processor is an emphatic performance statement to the most demanding gamers seeking ultra-high resolution experiences including AMD Eyefinity technology. This is another proud innovation for AMD in delivering the world’s first commercially available 5 GHz processor.”

“AMD continues to push the envelope when it comes to desktop capabilities and power performance,” said Wallace Santos, CEO and founder of MAINGEAR. “In unveiling the world’s first 5 GHz 8-core CPU, AMD continues to lead the way in innovation while providing our customers with a best-in-class experience. We are thrilled to be part of this exciting launch.”

AMD FX-9000 series processors include the flagship FX-9590 which would feature eight x86 Piledriver core and comes at a max turbo clock of 5 GHz with base frequency of 4.7 GHz. These are the absolute limits for a normal processor but the best part is that due to the higher TDP of 220W which may require additional cooling offers additional room for overclocking.

The FX-9000 series also includes the FX-9370 which comes with a max turbo speed of 4.7 GHz with base clock speed of 4.4 GHz. Again, this is much higher than the speeds AMD offers on their FX-8000 Vishera lineup. The FX-9370 also comes with a 220W TDP but additional room for overclocking is available. Both processors come with the latest AMD Turbo Boost 3.0 technology which dynamically optimizes performance across CPU cores and enable maximum computing for the most intensive workloads. The pricing has not been mentioned. 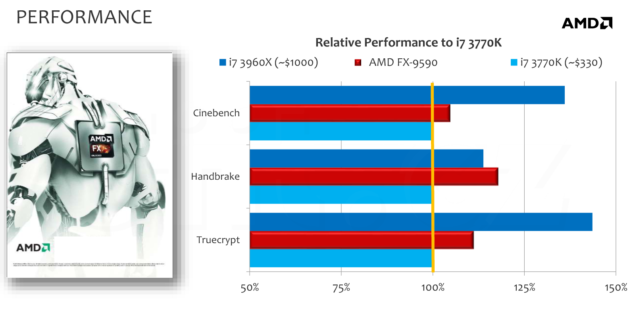