AMD FSR Is Now Open Source, Will Soon Be Added to RE Village, Arcadegeddon, Necromunda Hired Gun, Edge of Eternity

As promised last month, AMD FSR open source has been made available today on GPUOpen under an MIT license. You'll get access to a sample, while the full source code is available on GitHub. This bodes well not only for game developers but for modders, too, as someone already managed to add FSR to Grand Theft Auto V without even having access to the source code. Such mods and hacks should be even easier now.

AMD also shared lots of documentation on how FidelityFX Super Resolution works. Some of it is included in the GPUOpen page, while the rest is available in a separate document dedicated to integration.

FidelityFX Super Resolution is a spatial upscaler: it works by taking the current anti-aliased frame and upscaling it to display resolution without relying on other data such as frame history or motion vectors.

FSR provides consistent upscaling quality regardless of whether the frame is in movement, which can provide quality advantages compared to other types of upscalers.

According to AMD, developers should keep in mind three key aspects when accounting for FidelityFX Super Resolution: 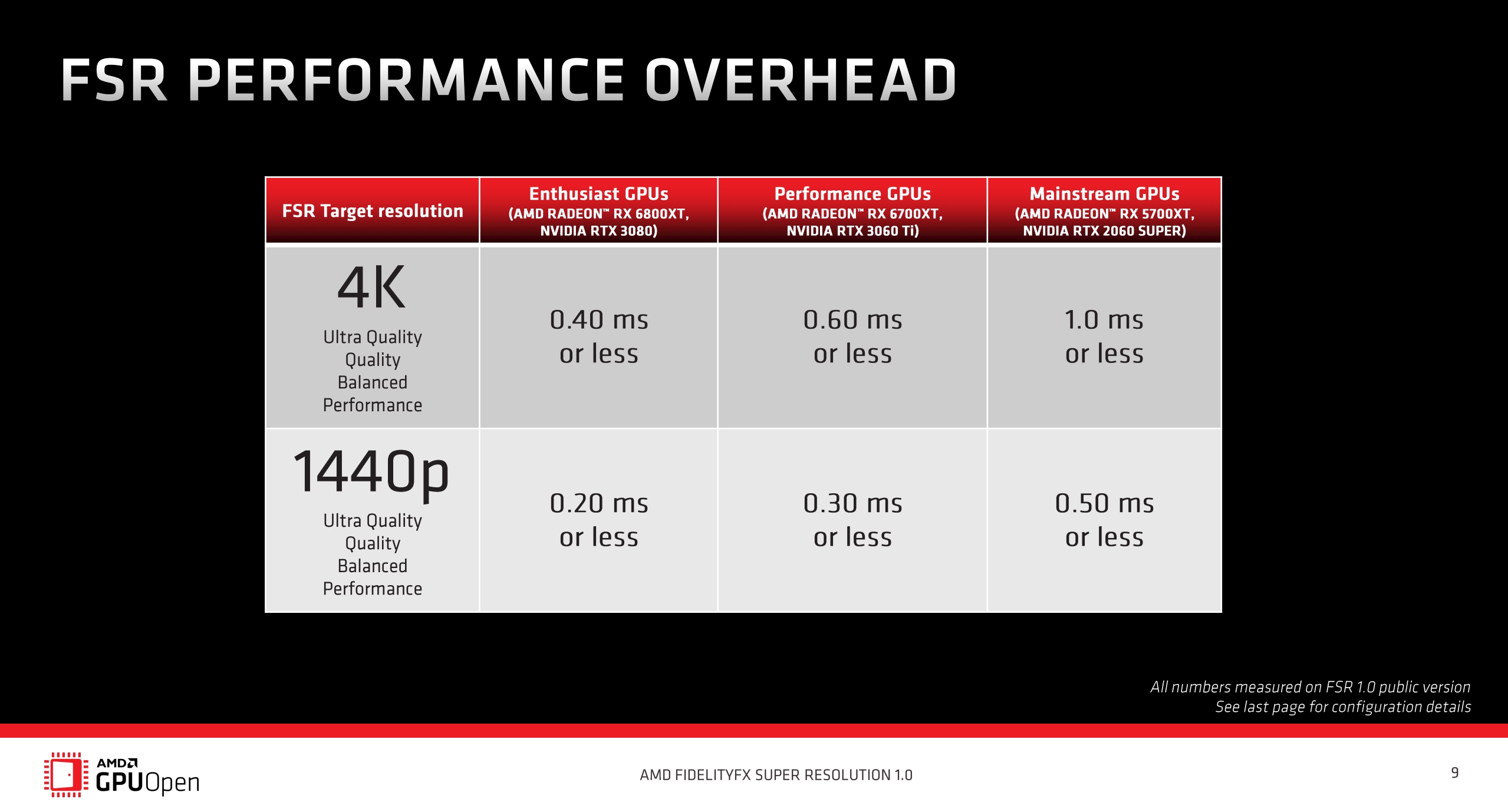 AMD also confirmed that FSR is coming to four games in the near future. Specifically, Arcadegeddon and Necromunda: Hired Gun will be updated with it starting tomorrow, while FidelityFX Super Resolution support for Resident Evil Village and Edge of Eternity is coming in the next two weeks. Necromunda: Hired Gun and Edge of Eternity already feature NVIDIA DLSS support, which will give us the very first shot at a direct comparison between the two technologies.