It looks like AMD has decided to counter-attack NVIDIA's recent price drop of the RTX 2060 by offering faster clock speeds on their Radeon RX 5600 XT graphics card. Yesterday, NVIDIA's RTX 2060 got a price drop to $299 US, making it a surprisingly better deal than the upcoming AMD Radeon RX 5600 XT but AMD has a few tricks up their sleeves to counter that.

The mainstream $250-$300 US got superheated this month when AMD unveiled their Radeon RX 5600 XT graphics card but EVGA soon followed up with what for a while seemed to be their own answer to AMD's RX 5600 XT series, the RTX 2060 KO edition graphics card. Starting at $279 US, the graphics card was placed right against AMD's latest Navi offering but offered much more in terms of performance, features, and efficiency. We stated that this move couldn't be just from EVGA alone and other AIBs would soon follow suit which they did when yesterday, NVIDIA themselves announced the price cut of $299 US on their RTX 2060 graphics card. 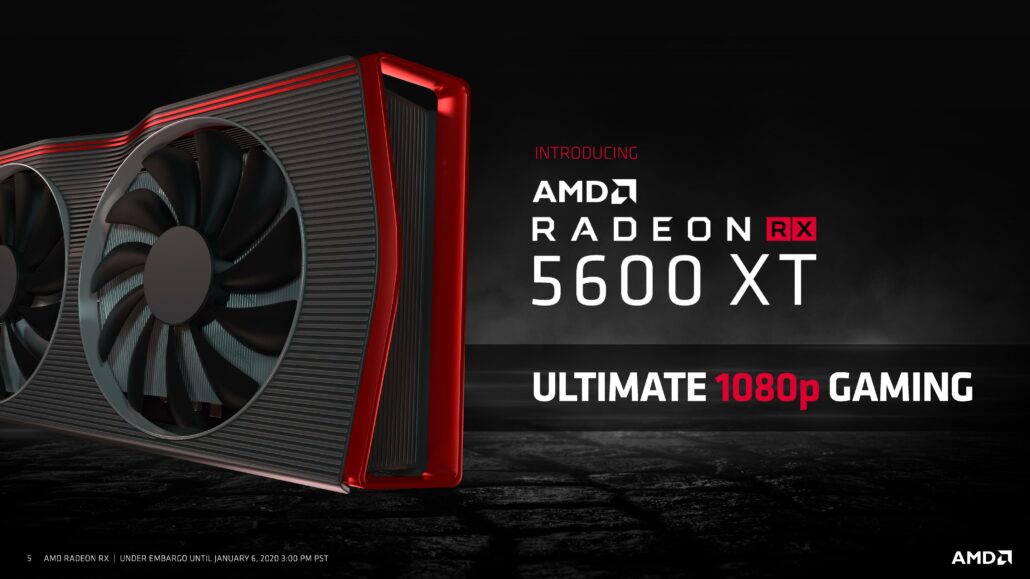 Now that NVIDIA has played their cards, its time for AMD to respond back and they are doing so by allowing their AIBs to ship the RX 5600 XT custom designs with faster clocks through new BIOS. The new BIOS will allow AIBs to offer consumers RX 5600 XT graphics cards with faster clocks than what was initially disclosed by AMD and their board partners. Specifications such as the core config and the memory remain the same at 2304 stream processors, 6 GB GDDR6 VRAM and a 192-bit bus but the clocks are getting a boost.

Videocardz reports that one of AMD's AIB partners, Sapphire, has already put up new clock speeds for their RX 5600 XT PULSE graphics card which initially featured 1560 MHz (game) and a 1620 MHz boost clock but now features a 1615 MHz (game) and a 1750 MHz boost clock. The memory speed has also been pushed to 14 Gbps instead of 12 Gbps, bringing its total bandwidth on par with the RTX 2060 at 336 GB/s.

This all has led to a slight increase in power consumption of the card which is up from 150W to 160W. The 8% increase in boost and a 3% increase in the game clock should result in a 5-10% increase in gaming performance over what was initially showcased, bringing it much closer to the RTX 2060 but the RTX cards still have the better feature set on board along with higher efficiency that Turing based GPUs have to offer.

I can confirm most recent Sapphire results are 14Gbps and 1700MHz+ GPU clock https://t.co/t2zP2tTYad pic.twitter.com/1D2Jf167KL

Some overclocked performance figures of a Sapphire Radeon RX 5600 XT PULSE graphics card have already appeared on 3DMark, showcasing a nice boost in performance while the Radeon RX 5700 is still 10% ahead. Following is one of the more recent entries spotted by our buddy, at Twitter: 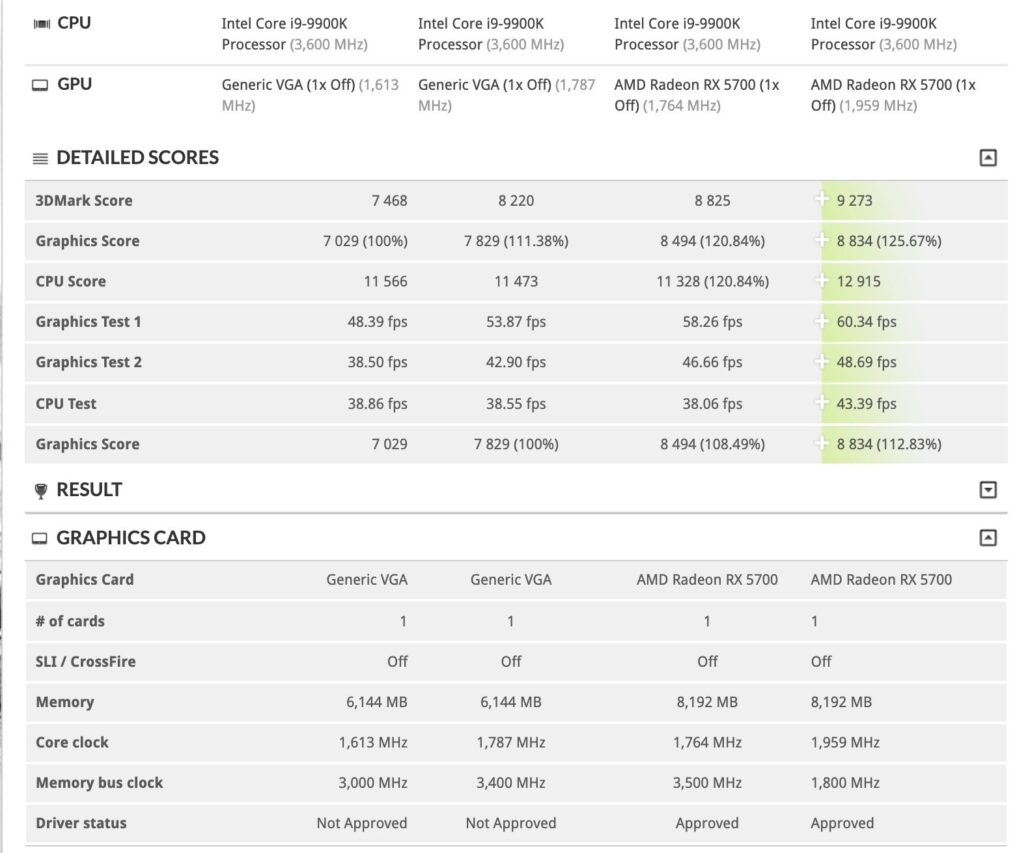 We have already seen various performance leaks of the card which is expected to outpace the GTX 1660 Ti and GTX 1660 SUPER around a $279 US price point. The following are some 3DMark GPU benchmarks.