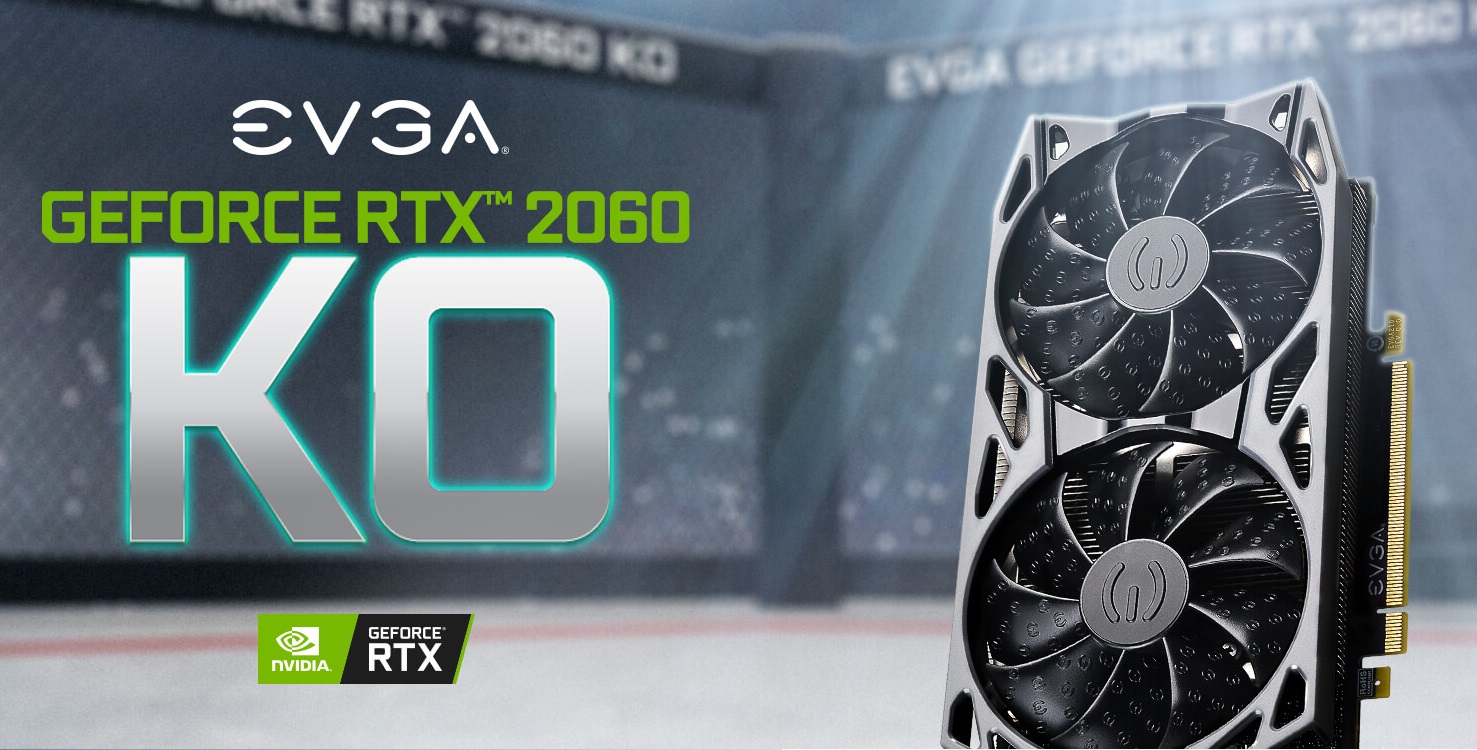 The EVGA GeForce RTX 2060 KO series includes two cards, the standard KO Gaming and the more premium KO Ultra Gaming. Both cards are equipped with EVGA's dual-fan cooling design and the same RTX 2060 'TU106' GPU which we have seen on other variants. There were reports that EVGA would introduce a new GPU SKU but that's not the case and we are looking at the same core specs as the standard RTX 2060 but along with higher overclocked frequencies.

The 2060 KO Gaming is configured with a boost clock of up to 1680 MHz which is the same frequency as the reference variant while the KO Ultra Gaming ships with a higher 1755 MHz. Both cards feature 6 GB of GDDR6 memory which runs across a 192-bit bus interface at 14 Gbps and delivers a total bandwidth of 336 GB/s. The card features higher memory bandwidth than AMD's Radeon RX 5600 XT which features the same 6 GB, 192-bit bus but is equipped with 12 Gbps VRAM modules. Both cards have a dual-slot design and great black/silver aesthetics and even come with an all-metal backplate. I/O on both cards include a single DVI, HDMI, and a Display Port.

The EVGA GeForce 2060 KO Gaming can be currently bought for $279.99 US which is the same price as the AMD Radeon RX 5600 XT. The EVGA GeForce 2060 KO Ultra Gaming is currently up for pre-order at $299.99 US which is a $20 US premium for higher factory overclocked specs. The new cards definitely make the RTX 2060 a much more competitive card compared to its reference $349 US price from before. It is worth noting that with this move, EVGA would also push other AIBs to release their own cost-effective RTX 2060 variants which should go up nicely against AMD's latest Navi based graphics card. You can find both cards at their official product pages listed below:

In terms of performance, you can expect the card to perform like a reference NVIDIA 2060 since it sticks to the stock clock speeds however there's also an overclocked variant and both cards ship with a custom PCB, allowing for higher boost clocks than the standard variant. At $279 US, the new 2060 KO would offer much better value over the Radeon RX 5600 XT even while being $20 US more expensive (KO Ultra vs RX 5600 XT). AMD has shown the RX 5600 XT to be up to 15% faster than a GTX 1660 SUPER and 20% faster than a GTX 1660 Ti.

The NVIDIA GeForce RTX 2060, on the other hand, is up to 20% faster than the GeForce GTX 1660 SUPER while offering added features such as RTX, DLSS, etc. It would be interesting to see how the Radeon RX 5600 XT and the price-cut GeForce RTX 2060 perform against each other in the coming weeks.