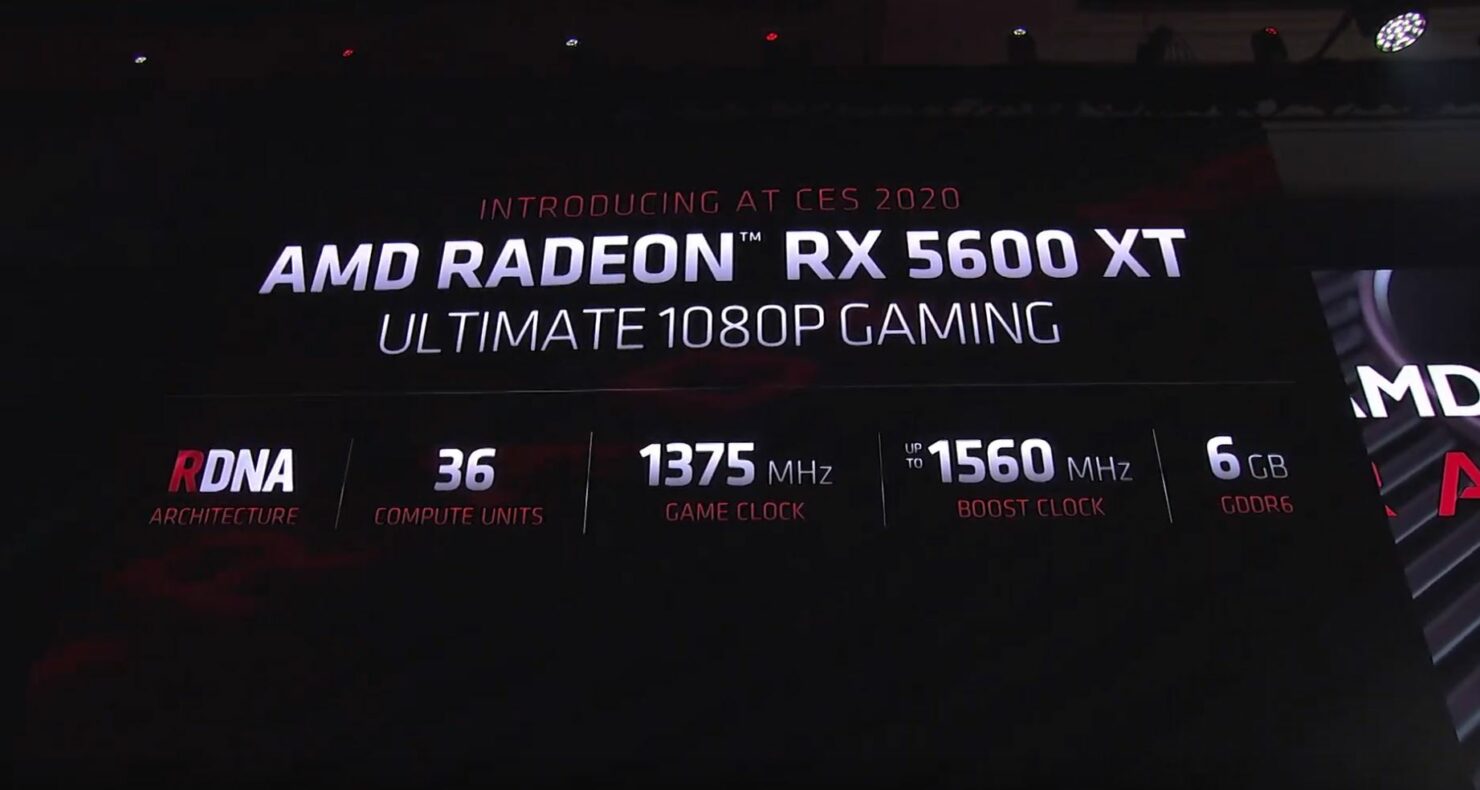 AMD has just announced its brand new RX 5600 XT graphics card. It will be available on January 21 and will be priced at $279 USD. The card is positioned squarely at the 1080p market and will be an ideal card for esports players as well. Interestingly, however, while the card is manufactured on 7nm, it features less than spetacular clocks.

AMD also showcased some benchmarks going up against NVIDIA's 1660 Ti GPU - which is the graphics card of choice for 1080p gaming. In games such as Call of Duty Modern Warfare, The Division 2, and Gears of War 5, AMD's RX 5600XT reigned supreme. They also showcase close to 120 fps 1080p gaming in eSports games such as Apex Legends, Fortnite, and World of Warcraft: Battle for Azeroth.

The first thing you need to know is that the RX 5600 XT is AMD's first 6GB card in the Navi family. It features a bus width of 192-bits. The RX 5600XT is going to be featuring 2304 cores clocked at around 1560 MHz for a total performance of around 7.2 TFLOPS. This is going to be coupled with 120 texture units, 48 ROPs and 3MB of L2 cache. The card will have a TDP of 150W (TBP technically) and will be based on RDNA1. This card will deliver roughly 75% of the performance of an RX 5700XT (at the same clock rates). Full specs of the card are as follows:

The RX 5500 XT has not been selling well considering it's priced a bit too high for its intended target market and the RX 5600 XT could help fulfill some of these gaps. At these specifications, it will help fill the void that EOL-ed Polaris GPUs have left in AMD's lineup and can serve as the step-in replacement for the older Vega 56 variants.

AMD might be using hardware strapping to disable cores on existing Navi 10 GPUs (technically making a new die) and some AIBs might decide to take matters into their own hands (and lead to the traditional unlocking AMD GPUs into their powerful variants guides that always seem to pop up after using less-reliable methods of disabling the cores).