The first performance benchmarks of AMD's Radeon RX 5600 XT 6 GB graphics card have leaked out by Videocardz. The upcoming graphics card would part of the third series in the RX 5000 line which is powered by AMD's Navi graphics architecture.

The AMD Radeon RX 5600 XT has seen various specifications leaks so far. The card is expected to offer a new GPU, which is neither Navi 10 or Navi 14. It could be a new SKU configured for the RX 5600 XT and would have a different naming scheme than the GPUs featured on the RX 5700 and the RX 5500 series cards. In terms of core count, the stream processors would fall somewhere in between the RX 5500 XT's 1408 and RX 5700's 2304 SPs. We can get 1920-2048 stream processors but that is just speculation at this point. 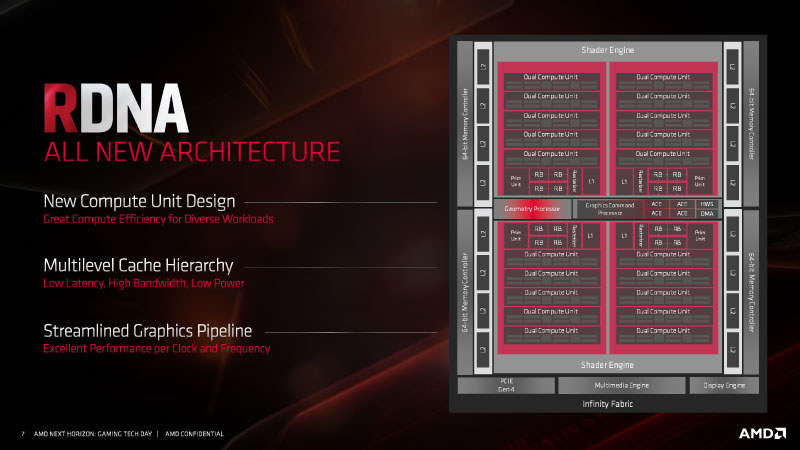 In a tweet, Videocardz has stated that the card would feature 6 GB of GDDR6 memory which was apparent from the listings but that does raise the question, were the 8 GB models just an error or would we get to see those too. Regardless, the 6 GB GDDR6 memory would be supplemented by a 192-bit bus interface and memory clocks would be rated at 12 Gbps.

This is lower than the 14 Gbps featured on current Navi desktop offerings. It is possible that AMD could be featuring lower-spec'd dies to reduce the overall pricing of the RX 5600 XT as GDDR6 prices play a huge part in the overall cost of current-generation graphics cards. This would give us 288 GB/s bandwidth which is still a lot more than the 224 GB/s bandwidth featured on the RX 5500 XT.

The card that was tested seems to feature an average clock speed of around 1600 MHz and in the performance was tested in various 3DMark tests. Following is the complete breakdown of the RX 5600 XT graphics scores in various benchmarks:

A whole list of performance benchmarks has also been shared by TUM_APISAK which compares the card with the RX 5500 XT. You can see the full list below:

If you see the scores and compare it to the Radeon RX 5500 XT, you are looking at up to 30% better performance, which puts this card in the same performance tier as the GTX 1070 Ti or the Radeon RX Vega 56. What AMD could be doing with the Radeon RX 5600 XT is offering a GeForce GTX 1660 Ti competitor with performance that almost matches the GTX 1080. Also, these are synthetic work loads so gaming performance would definitely differ from these results but the card still looks like it would give the GTX 1660 TI a tough time which is NVIDIA's fastest Turing based GTX offering at the moment.

How fast do you think the AMD Radeon RX 5600 XT graphics card is going to be?
Share Tweet Submit