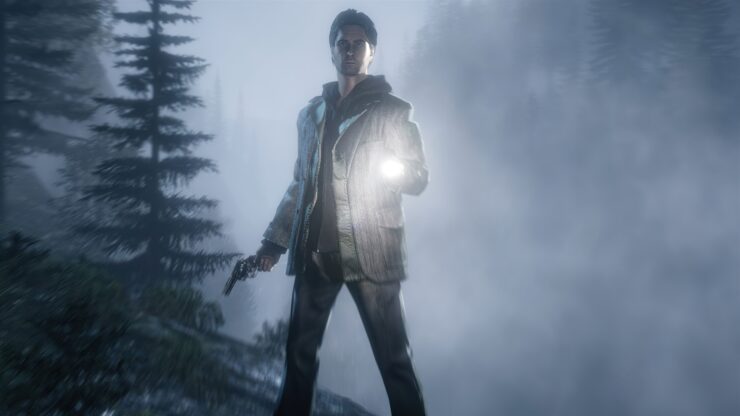 Alan Wake 2 might have been teased in a far from covert way at the very ending of Control's second and final DLC, AWE (Altered World Event).

As Remedy explicitly said upon the announcement of AWE, this is the very first piece of content officially included in the 'Remedy Connected Universe' project. In fact, the main mission given to Jesse Faden has to do with Alan Wake, and more specifically Dr. Hartman, the psychiatrist who desired to exploit the reality-bending powers of Alan Wake (and other artists such as the Andersons and Thomas Zane) in 2010's game.

In this new DLC for Control, Jesse is 'contacted' via the Hotline by Wake himself, who prompts her to check out the 'monster' loose in the Investigation Sector. There, we learn that Dr. Hartman tried to partner with the Federal Bureau of Control in order to further investigate paranatural phenomena. However, the FBC considered him a paracriminal and decided to keep him locked in the Oldest House, although eventually he was set free after being deemed just a 'low threat'.

Unable to let go of his obsession, Hartman went back to Cauldron Lake and dived in, only to be transformed by the Dark Presence there. Now a proper paranatural threat, Hartman was once again detained by the FBC in the dedicated 'Bright Falls AWE' area of the Investigation Sector. He got loose, however, and killed everyone in the area, which resulted in the lockdown of the entire Investigation Sector.

But the most interesting part, as mentioned in the beginning, comes after defeating him. Protagonist Jesse Faden is contacted by Langdon, the guy in charge of overseeing all the Altered  Items from the Panopticon sector. Langdon has just received an alarm about an Altered World Event taking place once again in Bright Falls, but for some reason, the event's date is 'a couple of years in the future'. Additionally, Alan Wake's last message clearly mentions that he intends to write a story about a hero who would save him from the Dark Place, where he is still trapped since the ending of the game. That hero clearly is Jesse Faden.

Fans have had their hope for Alan Wake 2 reignited ever since Remedy managed to get the publishing rights back for the IP. It seems obvious at this point that a new game set in Bright Falls will be released in 2022 or thereabouts, though it's hard to say whether it will be a proper Alan Wake 2 game mechanically or rather a sequel to Control that happens to be set in Alan Wake's Bright Falls. If the author's message is to be believed, Faden will still be the star of the action as 'the hero of the story' he is writing, though that doesn't mean Alan Wake himself won't be playable, too.

Either way, we can't wait to learn more about the first true 'Remedy Connected Universe' game. We already know it'll be published by Epic as part of the deal signed by Remedy.