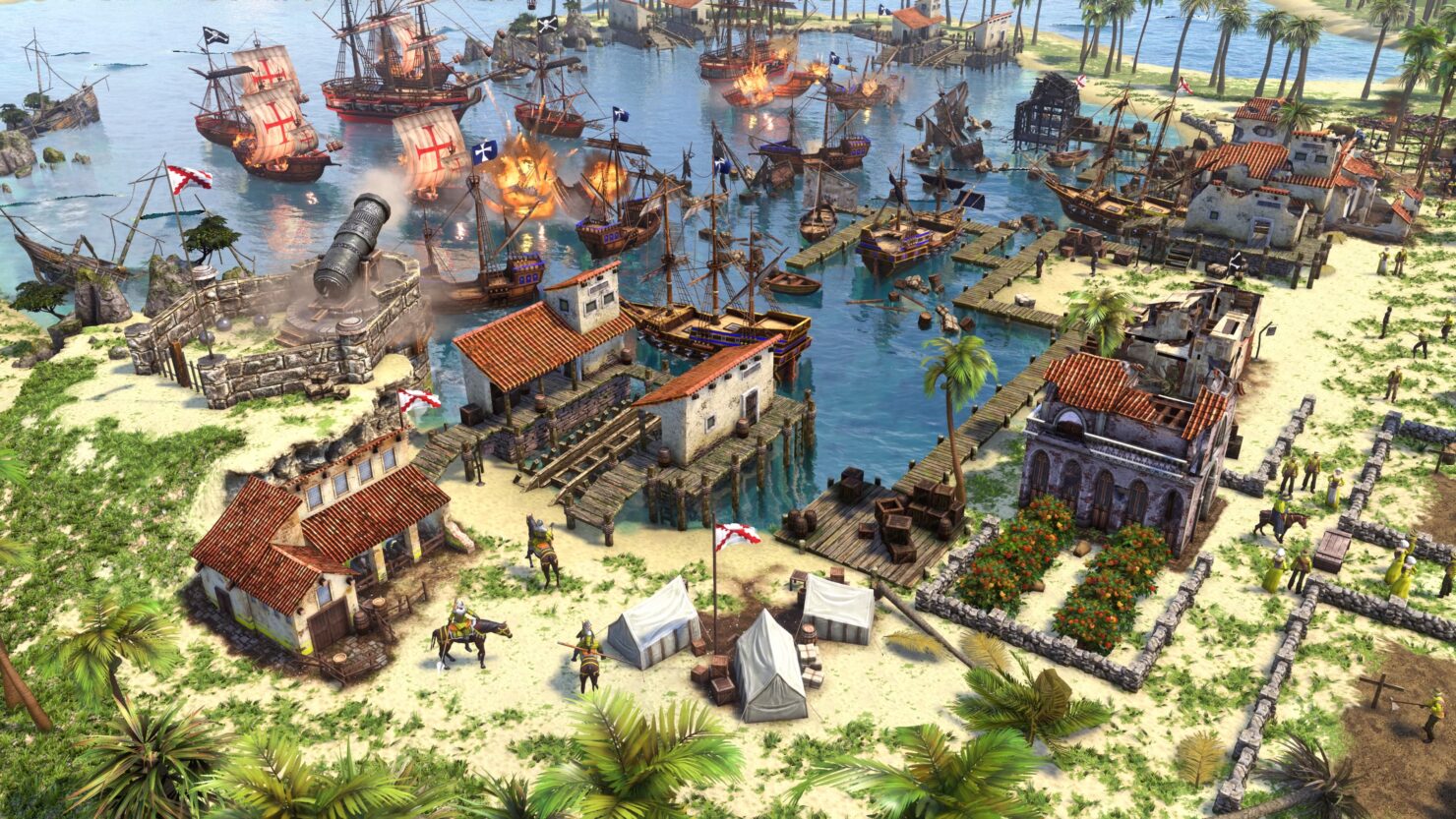 Age of Empires III Definitive Edition is launching in two days and we'll have our full review up soon after the hands-on preview posted a while ago.

Meanwhile, Joss Ellis, Director of Development at Tantalus Studio, described in this official blog post the significant technological upgrades that have been made compared to the original.

[...] we overhauled the entire engine: moving from DirectX 9 to DirectX 11. Each texture and model has been updated, as well as all the in-game cinematics which were re-rendered with higher fidelity. This means players will see significant changes from when comparing the original Age of Empires III to the Definitive Edition: including improvements to the cliff visuals and readability with triplanar texture projection—all part of a reworked procedural generation code with new pixel shaders. The terrain was also redesigned with a better blending system that gave our artists more control over blending between the materials, including a brand new FFT-based water system and river generation.

Under the hood, we also put in a Physically-Based Rendering system and SSAO & TAA graphic options. The physics engine was upgraded to the newest Havok system, and the particle system was upgraded with new dynamic lights. Not to mention, we put in an all-new destruction system! All of this was done with significant performance improvements, so the game now better utilizes the GPU and multi-cores where possible.

That's not all. Ellis confirmed that Age of Empires III Definitive Edition supports UltraHD and Ultrawide resolutions, high refresh rates, and the 4:3 aspect ratio on older PCs or even the Surface Pro. Other improvements include reworked AI, expanded camera options, increased accessibility for players who suffer from hearing issues or color blindness, and a proper spectator mode.

Age of Empires III Definitive Edition will be available on Windows Store, Steam, and as part of the Xbox Game Pass for PC subscription.