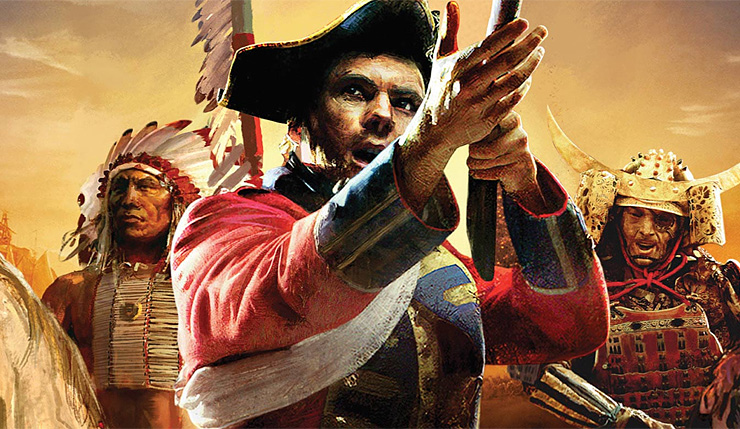 Microsoft has revealed the titles they’ll be adding to Xbox Game Pass on PC and consoles in late October, and it’s a rather eclectic lineup. Subscribers will soon be able to get their hands on the anticipated Microsoft exclusive, Age of Empires III: Definitive Edition, as well as Tales of Vesperia: Definitive Edition, Katana Zero, Supraland, and more! 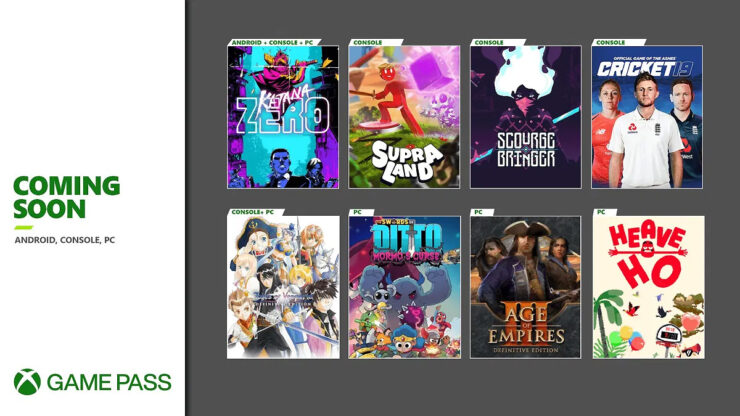 Here are your late-October PC and console Game Pass titles:

Age of Empires III: Definitive Edition completes the celebration of one of the most beloved real-time strategy franchises in definitive form. Command mighty civilizations from across Europe and the Americas or jump to the battlefields of Asia in stunning 4K Ultra HD graphics and with a fully remastered soundtrack. Experience two new game modes: including all previously released expansions and 14 civilizations, plus two brand new civilizations – the Swedes and Inca. Return to adventure with this final chapter in the Age of Empires: Definitive Edition journey.

Grab one another’s hands, climb across dangling bodies, and swing your pals to safety in a wobbly, dangly mass of limbs. Heave Ho tasks up to four players with a simple goal: don’t fall to your death! Players will use their own two hands and the outstretched grip of their friends to grapple across each level on their way to victory. Customize your character with stylish accessories in a vain attempt to remember which of your hands is the only thing between you and the plummet of doom.

A stylish neo-noir, action-platformer featuring breakneck action and instant-death combat. Slash, dash, and manipulate time to unravel your past in a beautifully brutal acrobatic display. Each level is uniquely designed for countless methods of completion. Defeat foes creatively, using spontaneous approaches to eliminate your enemy as you see fit.

The fate of two friends will collide in an epic journey that threatens the existence of the world in Tales of Vesperia: Definitive Edition! A power struggle begins with a civilization dependent on an ancient technology, the Blastia, and the Empire that controls it. Relive the most beloved “Tales of” title beautifully remastered in HD with new playable characters, new stories, and more special attacks!

A compact action RPG that creates a unique adventure for each new hero of legend in the relentless fight against the evil Mormo. Explore a delightful but dangerous overworld, brave menacing dungeons, and improve your hero in a charming village, during your quest to overcome the evil that plagues the island. Grab a co-op friend for an unforgettable adventure filled with delightful characters, extraordinary loot, and heroic battles!

From the developers of NeuroVoider, ScourgeBringer is a fast-paced free-moving roguelite platformer, much like a crossbreed between Dead Cells and Celeste. Set in a post-apocalyptic world where a mysterious entity wreaked havoc on all humanity, ScourgeBringer puts you in the shoes of the deadliest warrior of her clan: Kyhra. Help her explore the unknown and slash her way through ancient machines guarding the seal of her past, and maybe the redemption of humanity.

The official game of the 2019 Ashes Championship is the complete cricket simulation. Featuring a suite of exciting all-new features that add even greater depth and rich new content to Big Ant Studios’ acclaimed cricket engine. Tackle historical scenarios for classic matches through the ages, develop the career of a junior right through to national captaincy. Participate in the fully-licensed Ashes Cricket mode, or lead your nation to the greatest world championship in the classic 50-over one day mode.

Save the red-stick figure village in this hit first-person, open-world, action-puzzle platformer. Roam and explore a grand interconnected world, unlock new versatile abilities, and combine them to overcome imaginative puzzles or uncover shrouded secrets. Defeat charging hordes in fast, frenetic first-person combat as you battle your way for an audience with the Blue King. Supraland is the ultimate “sandbox” adventure game and offers players of all ages a unique take on puzzles, exploration, and adventure!

Xbox Game Pass grants players access to more than 100 games for 10 bucks a month — you can check out a full list of available console and PC games here. If you’re a new subscriber, you can get your first month of Xbox Game Pass Ultimate (which includes Xbox Live Gold) for only $1. As we recently reported, the full EA Play Vault will also soon be available with a Game Pass Ultimate subscription.

Not a bad lineup for the coming weeks, with Age of Empires III DE being the obvious standout. What Game Pass titles do you plan on tackling?