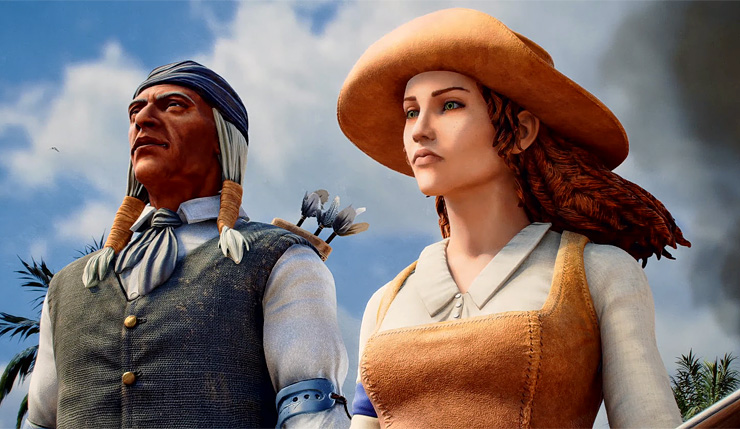 There have been numerous hints the game was coming soon, but Microsoft finally confirmed it during Gamescom Opening Night Live – Age of Empires III: Definitive Edition is launching this October. You can check out the first 4K trailer for the game, below.

In addition to the standard stuff you’d expect from a remake like this, such as 4K resolution, new textures and assets, and online play (with crossplay), Age of Empires III: Definitive Edition also includes some new civilizations, modes, and other features. Here are a few more details about the stuff being added to the game...

We’ve added a series of Historical Battles set within the time period the game covers, as well as fan favorite Art of War challenges, added after the overwhelmingly positive community feedback from their initial appearance in Age of Empires II: Definitive Edition! These challenges are specifically tailored to not only teach you the ins and outs of real-time strategy games, but the unique nuances of Age III’s gameplay and meta that’s evolved over years of play.

When it comes to civilizations, Age III and its expansions featured 14 civilizations from across Europe, the Americas, and Asia, and we’re adding two new ones to the mix in the DE: The Swedes and The Incas. The Swedes are a brand new addition to the franchise and cover one of history’s most unlikely great powers. A small European nation which eclipsed all military convention and became a powerhouse on the European battlefields thanks to their innovative military tactics. While The Incas are a more traditional Age of Empires civilization, covering one of the largest empires in South America, where they constructed mighty stone cities, citadels and palaces.

AOE3 Definitive Edition will also be making some changes to game’s Native American civilizations in order to make them more them more true to historical fact, which is certainly appreciated.