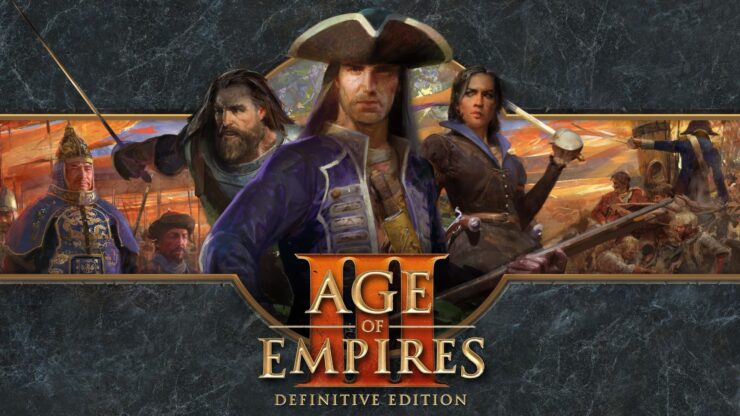 Age of Empires III: Definitive Edition is looking to right the wrongs of the past, and I don't have an issue with that in the slightest. This isn't to say that Worlds Edge Studios are somehow changing Age of Empires III in a huge way, they don't need to. Much like other core entries in the series, the original release and expansions were brilliant. This definitive edition is focused on polishing and upgrading the original, bringing it to a completely new audience in what is also a clear marketing push for the upcoming Age of Empires IV.

We'll talk about the gameplay and visuals shortly, let's talk history first. Age of Empires III featured a few stereotypes and other issues when it came to the Native American tribes featured in the game. Age of Empires III: Definitive Edition is looking to rectify that as much as possible. Two notable changes, despite the fact they won't impact the game at all, are the name changes of the Sioux to Lakota and Iroquois to Haudenosaunee.

Other changes you'll notice are also cosmetic in nature. One example is the removal of spikes with skulls on them. Contrary to what popular culture would have you believe, a skull on a spike wasn't the Native American equivalent of a garden gnome. Understandably, there are also changes that have an impact on gameplay too. One prime example is with the mining of coin - in the case of these factions, gathering. Rather than setting your settlers at the deposit with pickaxes, your settlers build a tribal marketplace at the side of it and gather the gold.

Functionally, it's the same. However, it's more representative of how gold was gathered and even viewed in these tribes. Gold was not a functionally useful item, the use of gold for these tribes was as a trading tool to the colonial countries. Furthermore, mining in the same way as the foreign empires did was antithetical to their beliefs that they would be exploiting and hurting the land, something they are there to steward and protect.

Another culturally insensitive function within the original game was a fire pit. Let's all be honest; it brings up more stereotypical imagery and it was used as a one-size-fits-all tool. Again, in a move that is functionally the same, this has been replaced by the community plaza. One change that isn't a one to one swap is the removal of Nature's Friendship, an ability that let a Native American leader convert an animal to their side. Other abilities have been put in and balanced in its place.

So, what has been changed? Aesthetically, the models throughout the game as considerably better. This represents a huge overhaul and brings the game up to modern standards. The original wasn't exactly bad, even for a fifteen-year-old game, but it's that much better now. Also, much like with the other remasters, you can zoom out much further than before now. The more these remasters let you do that, the more I wonder how I put up with it when first playing the originals.

It helps that the game runs incredibly smoothly as well. Remasters always should, of course, but there are never any guarantees. What I can say is that in the time I've been playing this preview copy, I've been having a lot of fun. The increase of what you can see, combined with the huge scale of some of the battles you can have within the game leaves something special. If you want to simply have fun by massing up a huge unbeatable force, the original cheats are all in the game too.

So yes, this is the same game as it was fifteen years ago, but it feels great to play. It's fast, smooth (when you finally turn on VSync) and looks great while you're doing it. All three campaigns from the original release, and expansions, are here, offering a massive amount of content to play through. While I haven't been able to test it, I have to assume the revolution system is also available. It would make sense; the home city and deck-building mechanic is here in full force. Then we come to new content.

Much like the AOEII: DE release, the Age of Empires III: Definitive Edition also comes with some brand-new content. First and foremost, the number of factions has increased to sixteen, the original fourteen now being joined by the Incas and Sweden. Furthermore, there are two brand new game modes in the form of Historical Battles and The Art of War challenges.

The former tasks you with fighting, as the title implies, historical battles. The first of these is the defense of Algiers with the two Ottoman brothers Hizir and Oruc Reis in 1516. There are more, as you would expect, but we'll just leave that for now. I've always enjoyed historical battles though, it gives you a glimpse - however minor and filtered - into history, placing you in the shoes of famous leaders. It’s also a pre-set battle for you to simply jump in and enjoy, without the build-up and development.

The Art of War Challenges features ten challenges, each with their own cinematic. If I were to liken this to anything, I'd say it's more of a tutorial than anything else. A number of different aspects are covered, with time limits for gold, silver and bronze medals, but it's all in aid of getting you ready to play the game, be this in the campaign, or in a different mode against the AI or another person.

Another person. My general dislike for playing online with people isn't exactly unknown, but I'd be remiss if I didn't at least mention this. Age of Empires III: Definitive Edition does have an improved online mode and while I've only had the odd few games, I haven't noticed any glaring issues. I've had a few disconnects here and there while trying to get into a game, but altogether I can't say I've had a worse experience than many other online games at release. Maybe I've been lucky? I don't know. I'm just going to work on the assumption that they've got it working, ready for launch.

That's a launch fast-approaching too. Age of Empires III: Definitive Edition is scheduled to launch in just two-and-a-half weeks. To be precise, October the 15th. It will be coming to Steam and the Xbox Store on PC, plus it will be available for those with the Xbox Games Pass. All I can say is roll on Oct 15th, because from what I've seen so far, this will be up there with Age of Empires II: Definitive Edition as one of the best remasters around.