AEye Now Slated To Go Public by Merging With the SPAC CF Finance Acquisition Corp. III (CFAC) – How Does the Lidar Manufacturer Stack up Against the Likes of Aeva (IPV) and Luminar (LAZR)? 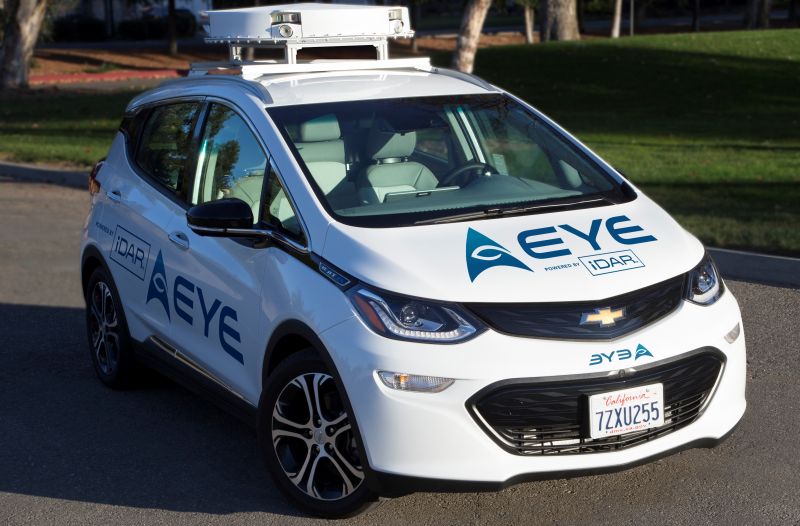 As per the details announced via a press statement just moments ago, AEye and CF Finance are expected to consummate their merger in Q2 2021. The transaction values AEye at $2 billion and will deliver gross proceeds of around $455 million. The company noted in the press statement:

For the uninitiated, AEye retails two versions of its automobile-focused lidar sensors, dubbed the 4Sight M and the 4Sight A. Both sensors are built on the company’s proprietary iDAR™ platform that integrates artificial intelligence with the data stream derived from solid-state lidar and HD camera, creating a much more accurate artificial perception in the process. As far as the specifics are concerned, AEye's 4Sight M has a standard horizontal and vertical resolution of less than 0.1° – the instantaneous resolution can be beefed up to 0.025° – and an update rate of 100Hz. The company claims that the sensor collects “4-8x the information of conventional, fixed pattern LiDAR at a fraction of the energy”. AEye's 4Sight A, on the other hand, has been optimized for Advanced Driver-Assistance Systems (ADAS). It utilizes a 1550nm laser and includes six layers of interference mitigation as well as anti-spoofing technology. The following snippets summarize the salient features of these two products:

Of course, as stated earlier, AEye is now poised to join a growing list of lidar manufacturers that are tapping the equity markets in order to take advantage of the EV froth. Aeva is one such lidar OEM that retails Frequency Modulated Continuous Wave (FMCW) lidar sensors that measure velocity as well as the depth, reflectivity, and inertial motion. Aeva utilizes silicon photonics to build its “4D LiDAR-on-Chip” systems that combine instant velocity measurements with long-range performance, thereby offering a potent perception sensing product at an affordable cost. The chip caters to AR/VR applications, micrometer precision 3D mapping, as well as health monitoring on the basis of its micrometer per second instant velocity measurements. Additionally, the company’s Aries lidar sensors offer a long range and 120-degree field of view. The following snippet summarizes the performance metrics of Aeva’s lidar sensors.

Readers should note that AEye’s lidar sensors are quite similar to those retailed by Luminar (NASDAQ:LAZR) when it comes to specs. For instance, both utilize a 1550nm laser as well as Time of Flight (ToF) for distance measurement. However, while Luminar’s lidar has a max range of 500m, AEye’s extends to 1,000m. Nonetheless, AEye’s 4Sight M does have a narrower 60° x 30 field of view. The following snippet summarizes the specs of Luminar’s product offering:

Given the bullish nature of today’s announcement, investors should keep an eye on the shares of CF Finance – that serve as a proxy for AEye in the pre-merger phase – for a spike.