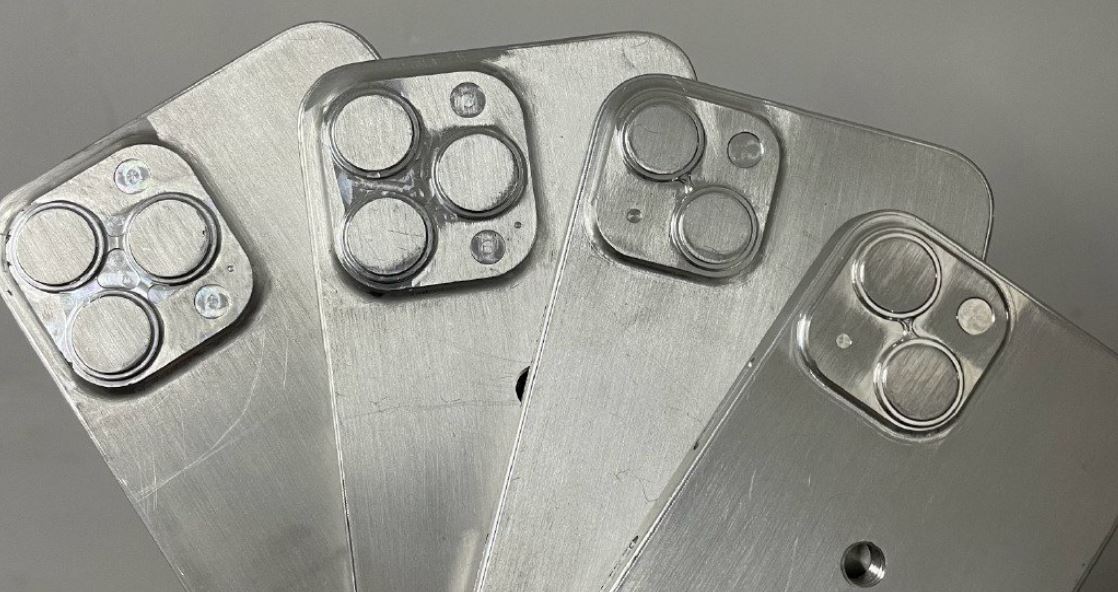 Apple is expected to announce the new iPhone 13 models later this year, potentially in September. While the devices will undergo a few physical changes, the general design of the device will remain the same across the entire lineup. For instance, the iPhone 13 and iPhone 13 Pro models will still feature a boxier design and the screen size would probably remain the same as well. However, you can check out the iPhone 13 series' molds that are usually used by case makers.

Leaker DuanRui has shared an image of the iPhone 13 molds of the entire lineup on Twitter and links to Weibo. As mentioned earlier, these molds are used by case makers so they can manufacture relevant cases before the device is officially released to the public. This saves them time to wait for the actual product to come out for which they would have to start the production process late.

It can be seen in the image of the molds that the iPhone 13 series will feature a bigger camera module on the 'Pro' models. On the standard iPhone 13 models, Apple will place the camera lens diagonally. This is not the first time that we are looking at the iPhone 13 molds. Last week, a case manufacturer also shared images of the molds. It can also be seen in the image that the iPhone 13 Pro models will feature a LiDAR sensor. It was also recently reported that only the 'Pro' models will receive the depth-sensing camera and not the entire lineup.

Other than this, the iPhone 13 series is expected to come with a smaller notch on all models and a higher refresh rate LTPO display on the 'Pro' models. In addition, the devices will be a wee bit thicker than the current models which could potentially mean that the company will house a bigger battery. Moreover, the forthcoming iPhone models will also feature an upgraded Ultra-Wide angle camera lens.

We will share more details on the iPhone 13 models in the future, so be sure to stick around. What are your thoughts on the scenario? Let us know in the comments.