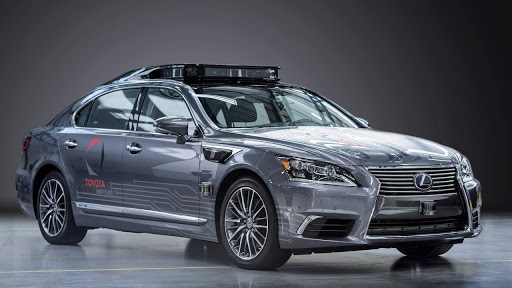 Luminar (NASDAQ:LAZR), the manufacturer of high-performance lidar sensors for autonomous vehicles, was the subject of relentless interest from investors in the run-up to its much-anticipated merger with the SPAC, Gores Metropoulos. However, since the closure of this business combination agreement in early December, investor interest seems to have waned. As an illustration, after registering an all-time high close of $41.80 on the 08th of December, Luminar shares have experienced a significant correction, closing at $28.12 last Friday and corresponding to a decline of over 32 percent.

A number of factors seem to have contributed to this substantial decline in Luminar’s stock price. First, a vast majority of SPACs do suffer a correction following the closure of their merger agreement. This is, in part, spurred by a recalibration of expectations as the hype surrounding these SPACs moderates. Nonetheless, in the case of Luminar, the magnitude of the correction in its share price suggests bearish influence emanating from a number of corners.

In an unfortunate development for Luminar, its lidar peers seem to have attracted a fair bit of attraction at the precise point its hype was beginning to fade. For instance, in November, Velodyne (NASDAQ:VLDR) unveiled a breakthrough solid-state sensor for Level 2-5 Advanced Driver Assistance Systems (ADAS). As per the details revealed at the time, the solid-state Velarray H800 array of lidar sensors utilizes Velodyne’s proprietary Micro-Lidar Array architecture (MLA). When the sensor array’s compact form factor and an affordable $500 price tag are combined with its “outstanding” range, field of view, and resolution, the product offers a compelling package. Thereafter, on the 10th of December, Velodyne announced the Velarray M1600, another solid-state lidar sensor built on the MLA architecture and designed to serve mobile robotic applications. Given these high-profile new offerings from Velodyne, it is hardly surprising that interest in Luminar has waned in recent days.

Of course, Citron research did not help matters when it puked on Luminar’s prospects recently, endorsing Velodyne in the process:

$LAZR at $14 bil ($40) is not even a casino stock...you can actually win at a casino..it is more of a "suckers game" Would much rather own industry leader $VLDR at less than $4 bil mkt cap. Citron expects $LAZR back at $20 and $VLDR at $30. Real outstanding shares for LAZR pic.twitter.com/6kHdv0QfBk

To compound the problem, Innoviz just became the lastest lidar manufacturer to announce its intentions to go public by merging with the SPAC Collective Growth (NASDAQ:CGRO). The deal, which would value the combined company at $1.4 billion, is expected to close in the first quarter of 2021. Innoviz already boasts of strong industry partnerships, enjoying backing from Magna International and Aptiv. The company will also supply lidar sensors to BMW for its iX SUV due in 2021. Of course, Innoviz is not the only lidar manufacturer that would go public in 2021. Aeva is slated to merge with InterPrivate Acquisition (NYSE:IPV) in Q1 2021, with the combined company expected to be valued at $2.1 billion.

Despite the increasingly crowded lidar sphere, investors should not overlook Luminar’s potential. As we detailed in a previous post, on the 30th of October, the company entered into a strategic partnership with Daimler Truck AG, the world’s largest commercial vehicle manufacturer. As per the arrangement, Daimler would collaborate with Luminar to commercialize trucks with SAE Level 4 autonomy – one that requires no human intervention – by leveraging and enhancing Luminar’s lidar tech. In order to further strengthen this partnership, Daimler also acquired a minority stake in Luminar.

Thereafter, on the 23rd of November, Luminar disclosed a sales agreement with Intel’s (NASDAQ:INTC) Mobileye division for its lidar sensors. As per the details, Mobileye will add Luminar’s sensors to its TRUE REDUNDANCY™ solution – an integrated system that leverages data streams from 360-surround view cameras, lidar, and radar in order to deliver enhanced safety for level 4 autonomous driving. This collaboration would take place under the ambit of Mobileye’s level 4 Mobility-as-a-Service (MaaS) pilot project, which entails the deployment of driverless fleet in key markets around the world, including Tel Aviv, Dubai, Paris, France, and Daegu City.

Bear in mind that Luminar’s lidar sensors currently offer the maximum proverbial bang for the buck. As an illustration, the company’s proprietary lidar architecture utilizes an InGaAs Receiver & ASIC (2x) 1550nm Laser Dual-Axis Scanner, enabling a wider field of view, a range performance of over 250 meters, and a maximum resolution of over 300 pts/deg2 @ 10Hz.

Just today, Luminar has provided a fresh dose of optimism to its investors amid reports that Amazon’s (NASDAQ:AMZN) Zoox will launch a completely autonomous fleet of robotaxis after 2021. Though details are scarce at the moment, Luminar is up over 6 percent in today’s pre-market trading as the company boasts the largest market cap among lidar providers and stands a fair chance of securing a partnership with Zoox for these robotaxis.

Is Tesla (TSLA) About To Reverse Its Position on LiDAR Tech After an Equally Dramatic Flip-Flop on Bitcoin (BTC)?